I figured I am going to start this as my build thread so I can keep track of everything I do.

Finally after waiting what seemed like forever...I got my first picture from the dealership telling me my Jeep is in back in 2015!!!!!

This Jeep had to be specifically ordered due to the fact that the dealership couldn't meet my requirements for what I wanted...I ended up calling their bluff and called Chrysler directly and had a custom order done. Overall was pretty excited and if I upgrade to the new 2018 JKUR, I will do another order straight from the Ohio plant

If there is one thing I have learned from owning previous jeeps, it is to take your time on parts. Do a ton of research before you pull the trigger and never go cheap (unless you know you are going to replace it multiple times).

Here is what the specs:

2015 JKUR
6 Speed
4:1 Gear Ratio
Cloth Seats
Only a hard top (I have had wranglers before and living the in the Arctic Tundra...where it is winter 9/12 months a year, and the other 3 being construction, I hardly ever used it. Really enjoying the ride quality

It only took 3 weeks to build and get to the dealership. 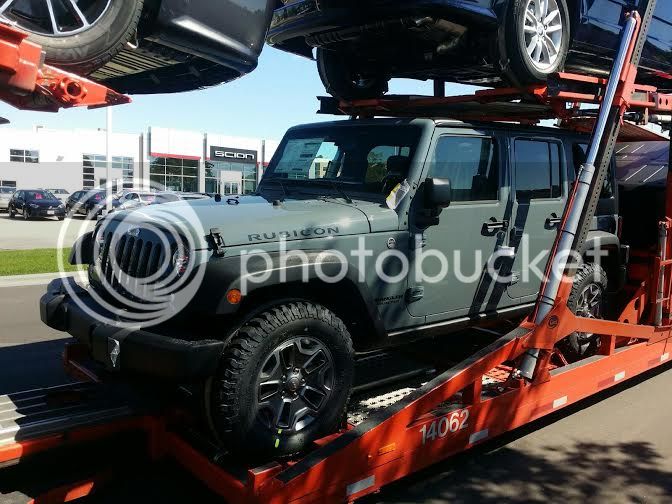 The day I brought it home. 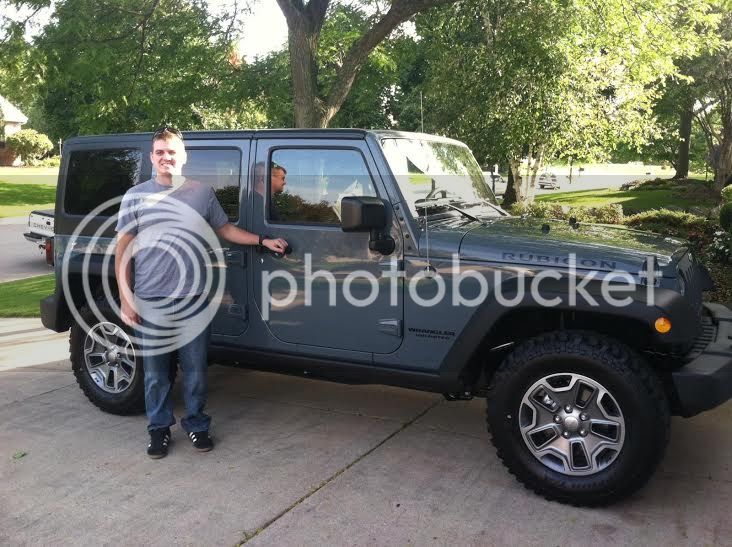 Got some things done with the jeep. Starting out small and doing things right the first time.

Got some OEM rubber floor mats installed in the jeep. Living in a state that involves heavy snow and loads of ice on the streets, it is only natural that it makes it in my vehicles ruining the floor mats...rubber is a must.

I installed a shorty antenna which works great.

Anyways for some pictures: 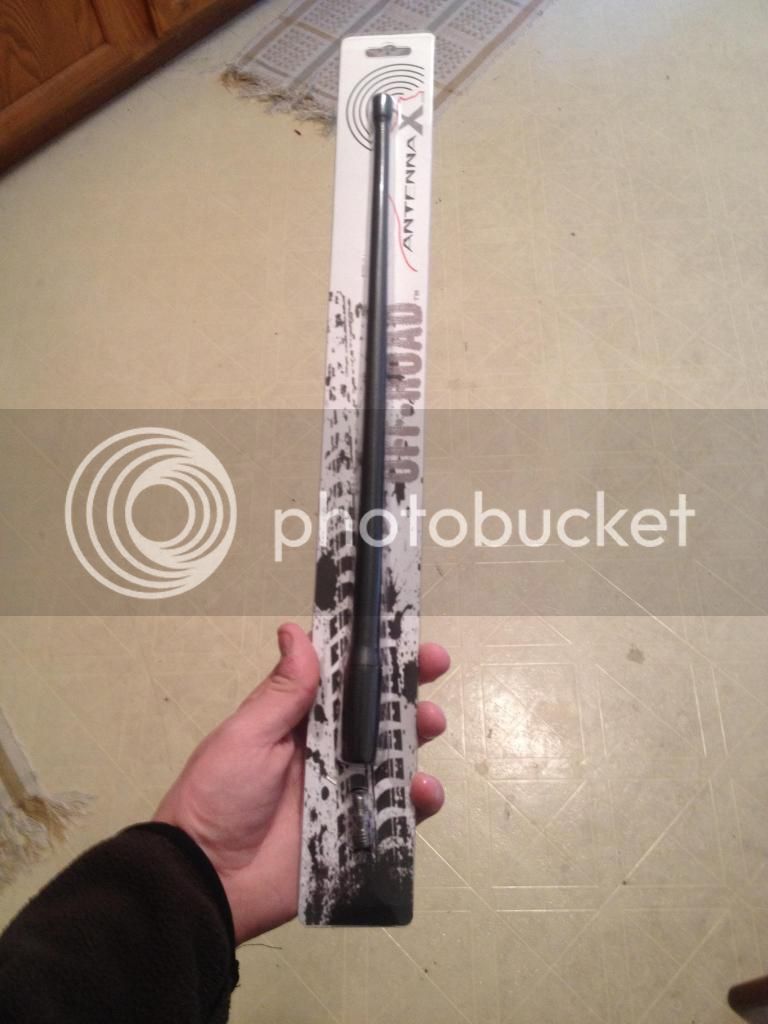 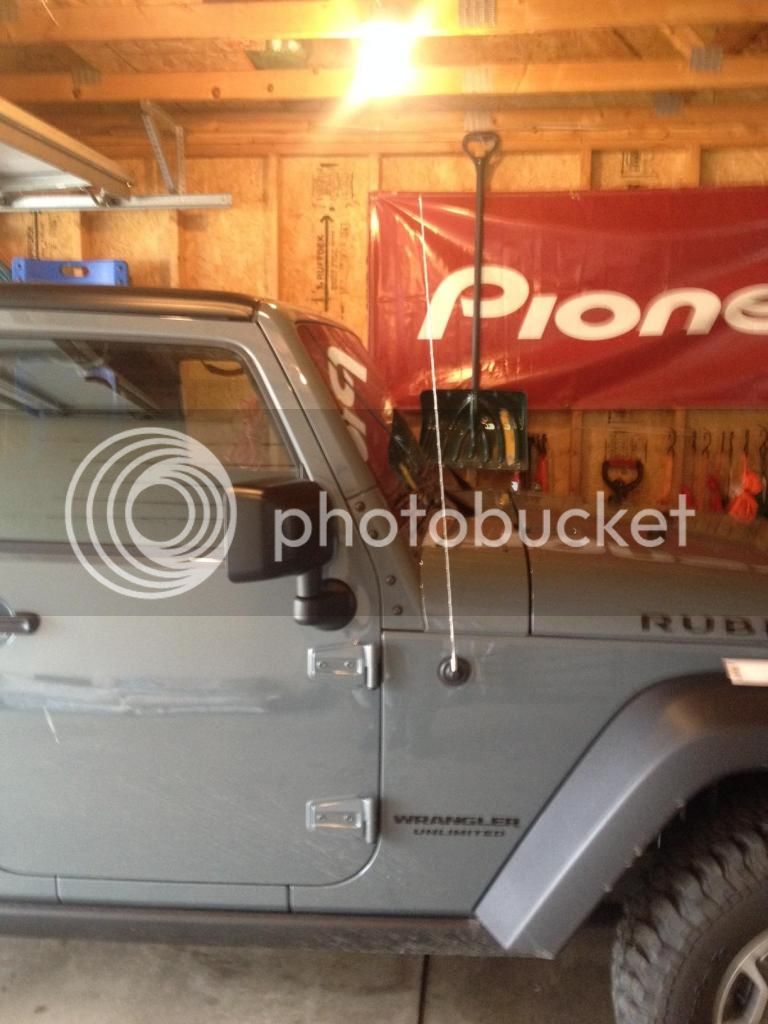 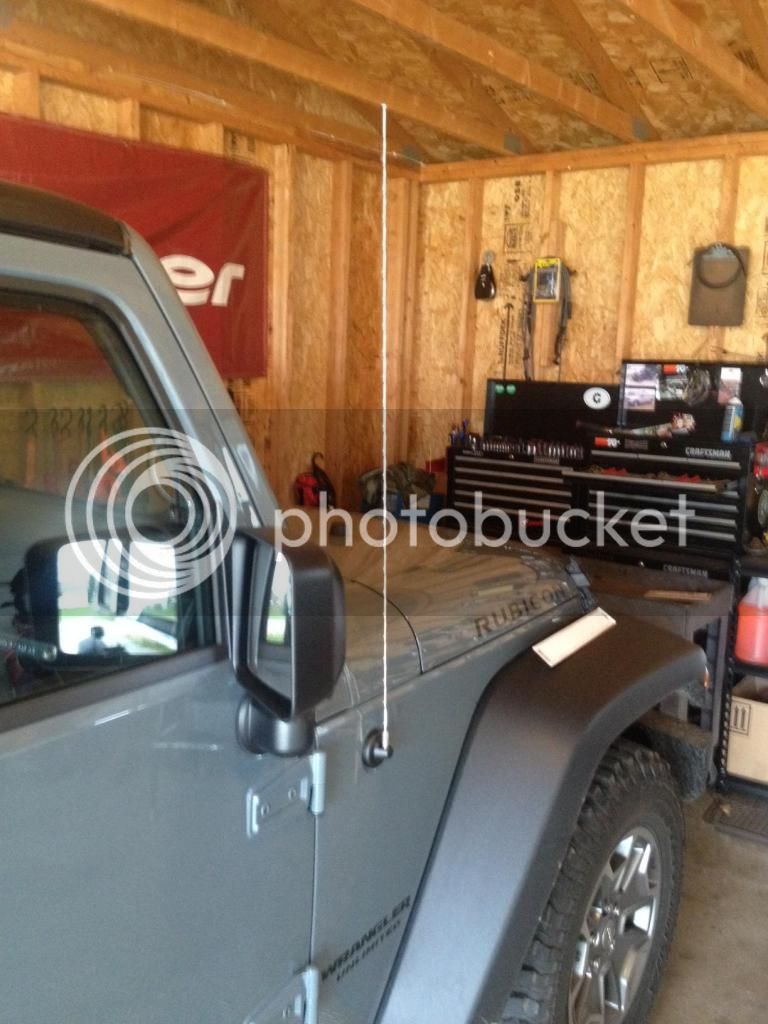 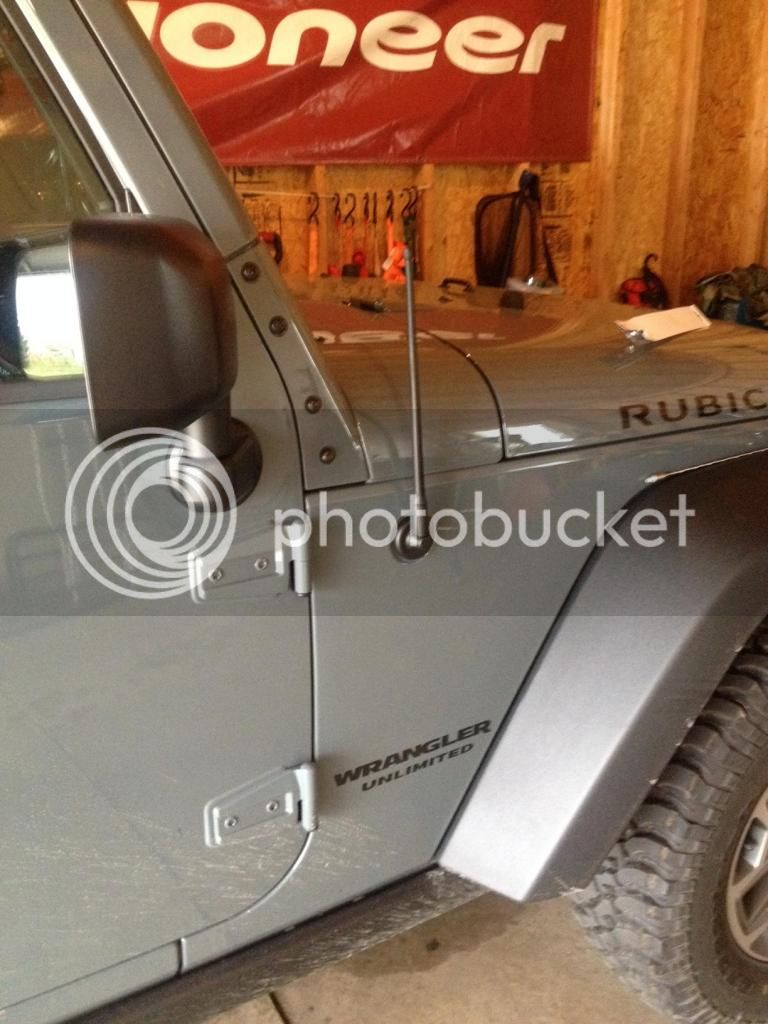 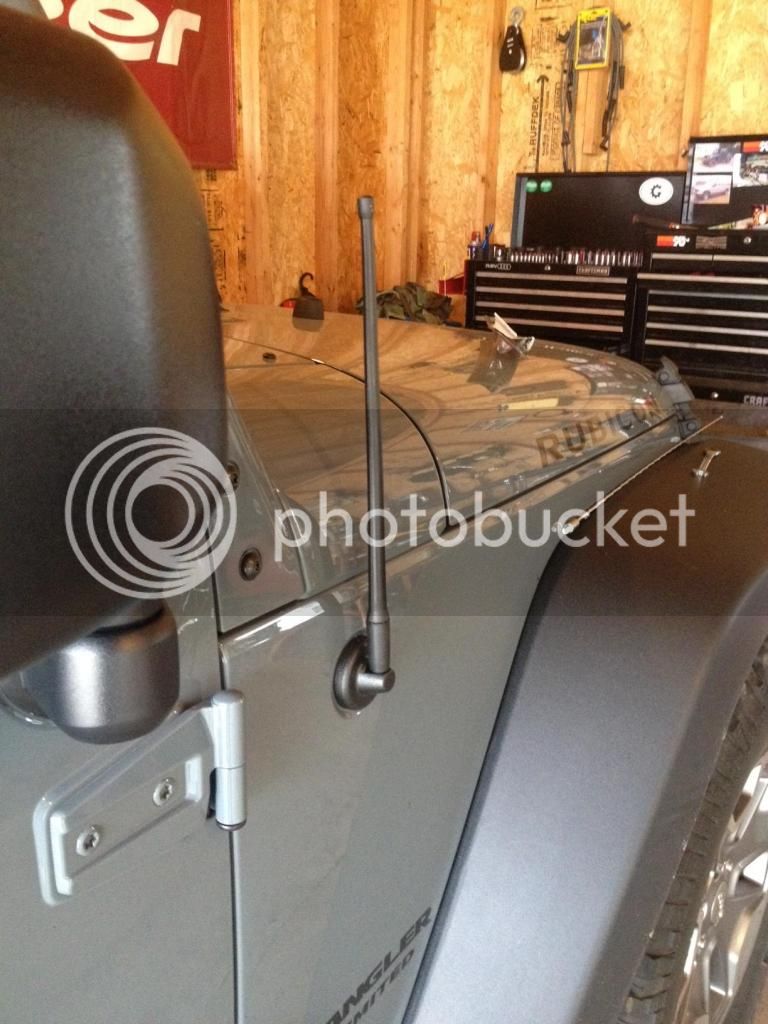 Sound quality is the same. I really enjoy not seeing that flip around in the corner of my eye.

The other gifts that were left at my front door step. 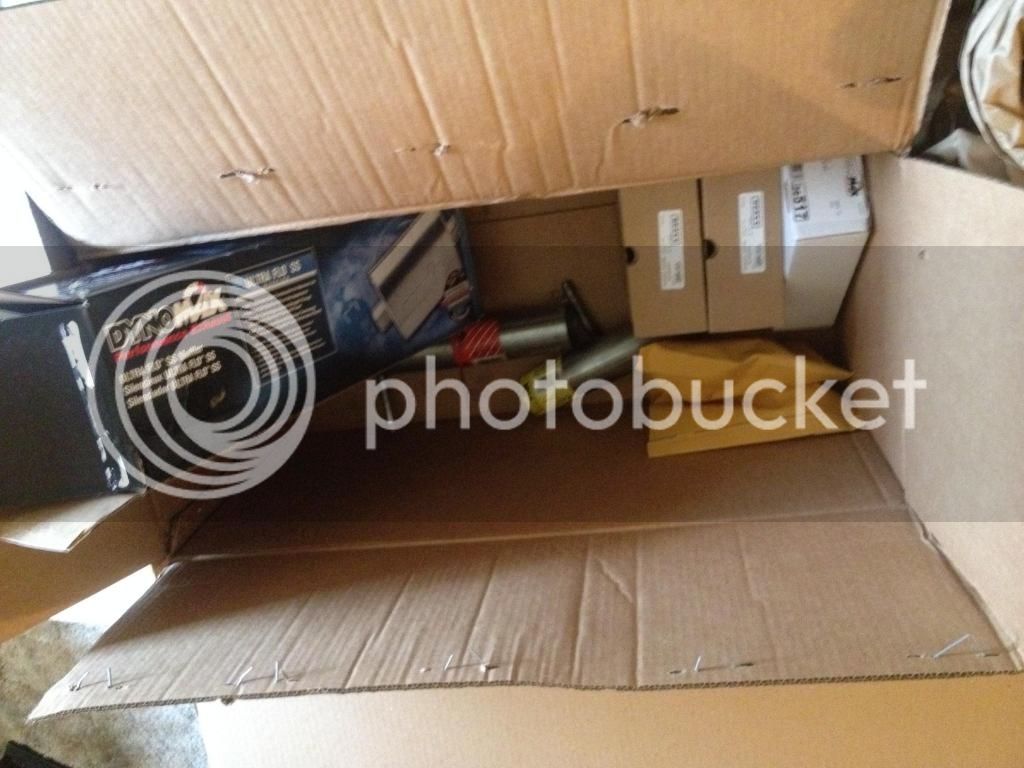 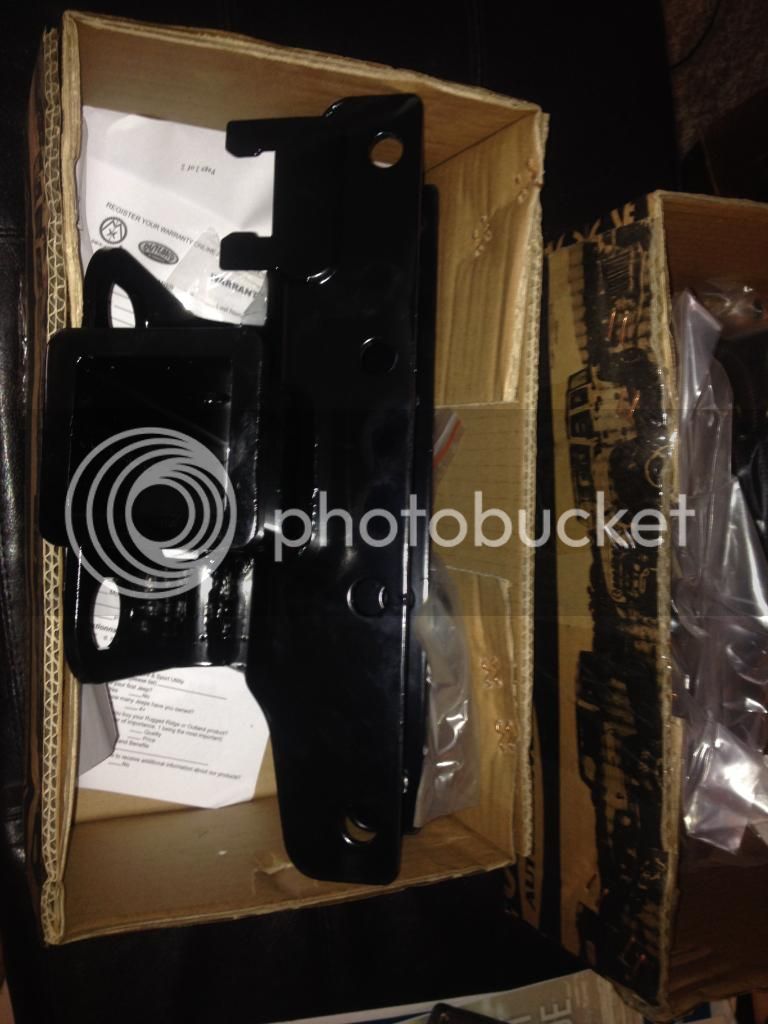 Now some of you may be asking why I just didn't order the hitch at the dealership. When you order the "Towing Package" you jeep comes with 3.73 gears. If you order a 4:1 like I did, it doesn't come with a towing package and I just couldn't justify spending almost $300.00 for a little receiver. I picked this one up on Rugged Ridge receiver off of Amazon for $56.00.
Reactions: APtrail2005, maxfederle89, tsingson and 2 others

Next started with the exhaust:

FYI, no matter how new your jeep is...getting the old exhaust off is a pain...I used some bearing grease on the hangers and a pry bar which seemed to help a lot. I got it all put together and the sound is really good. Here is the parts and the finished product. 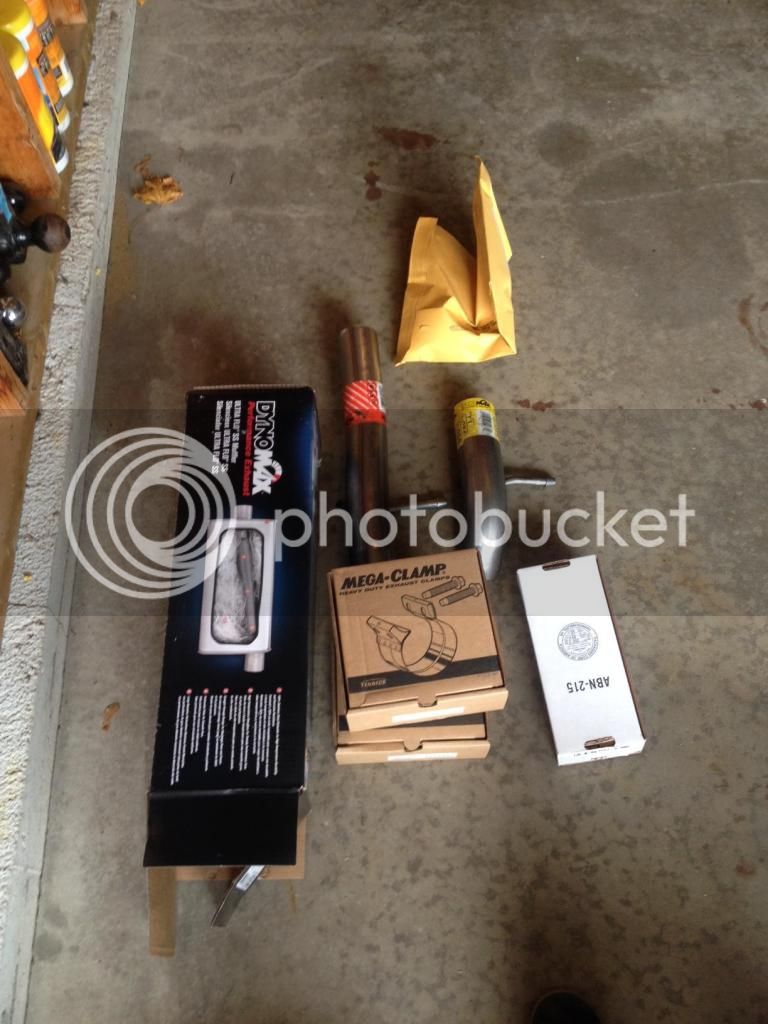 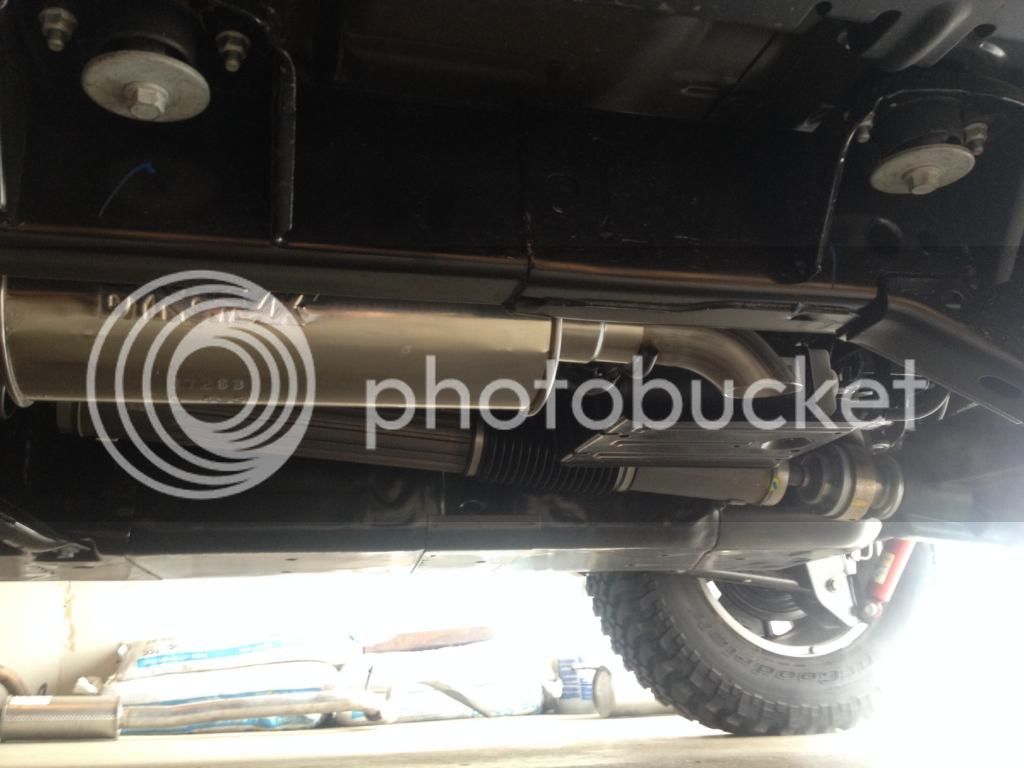 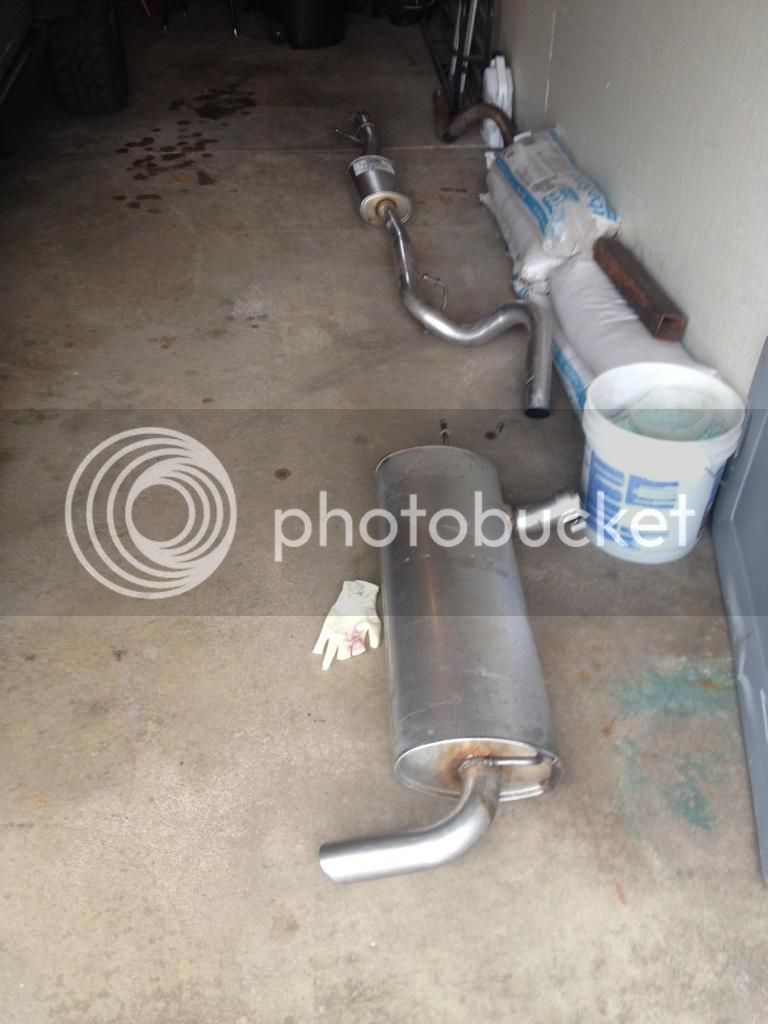 Put the new receiver on 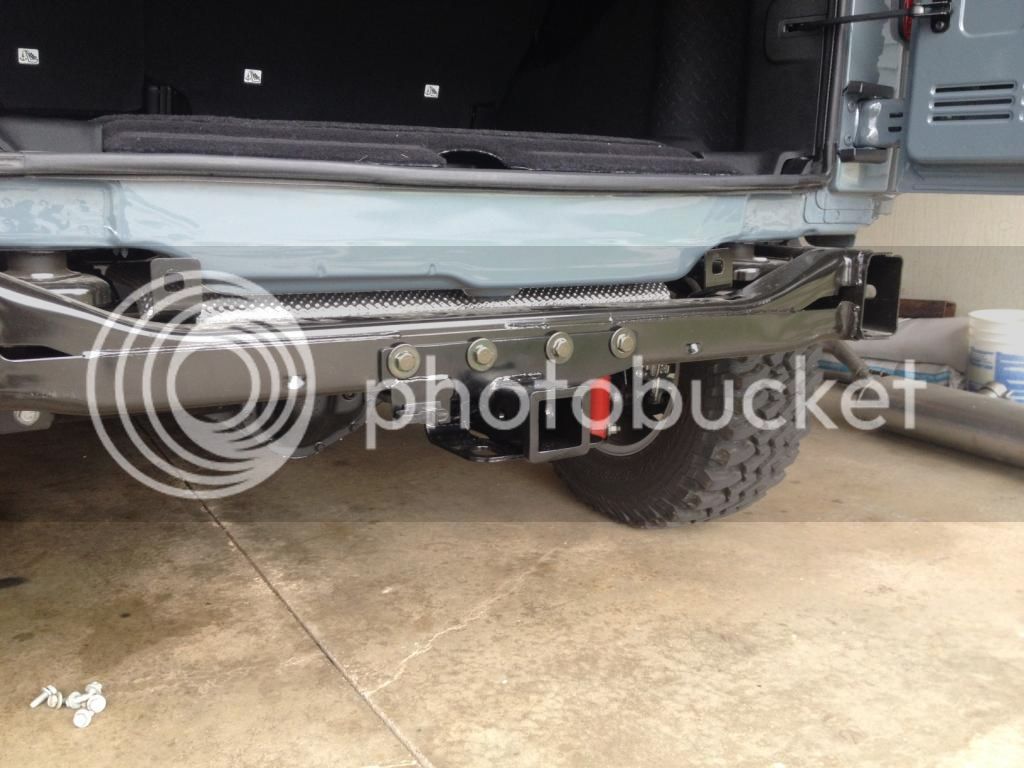 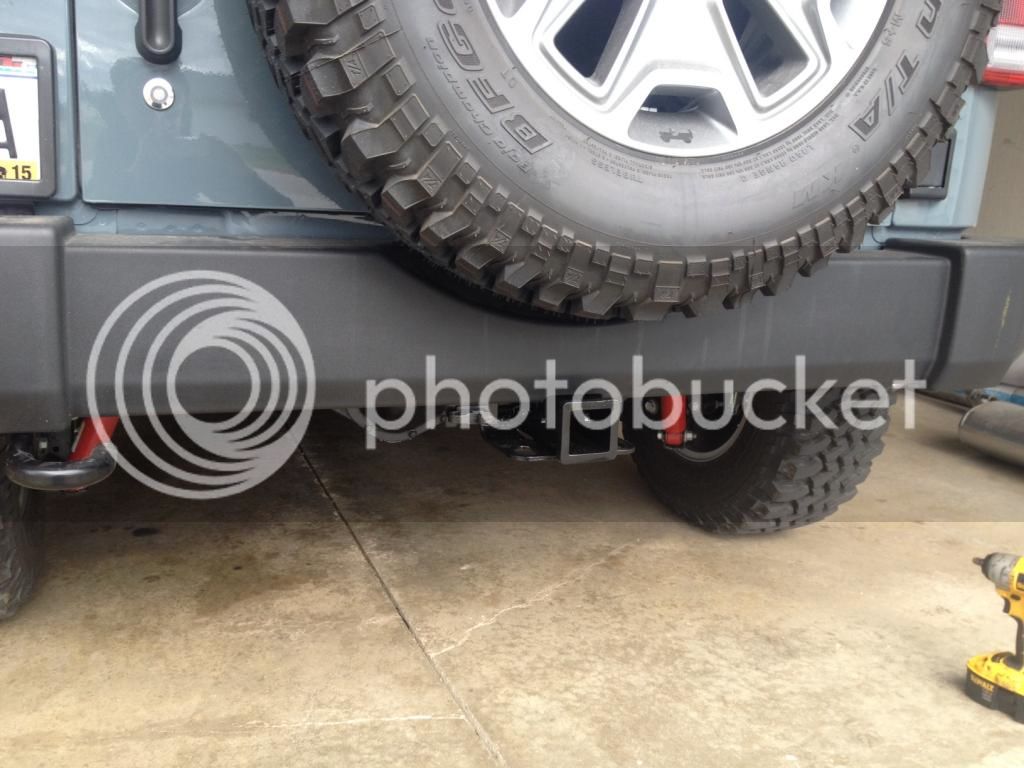 Looks like the brown santa dropped of my Evo leveling kit.

So easy to install and the quality is great. Highly recommend this kit to the people who want to start their build slow. 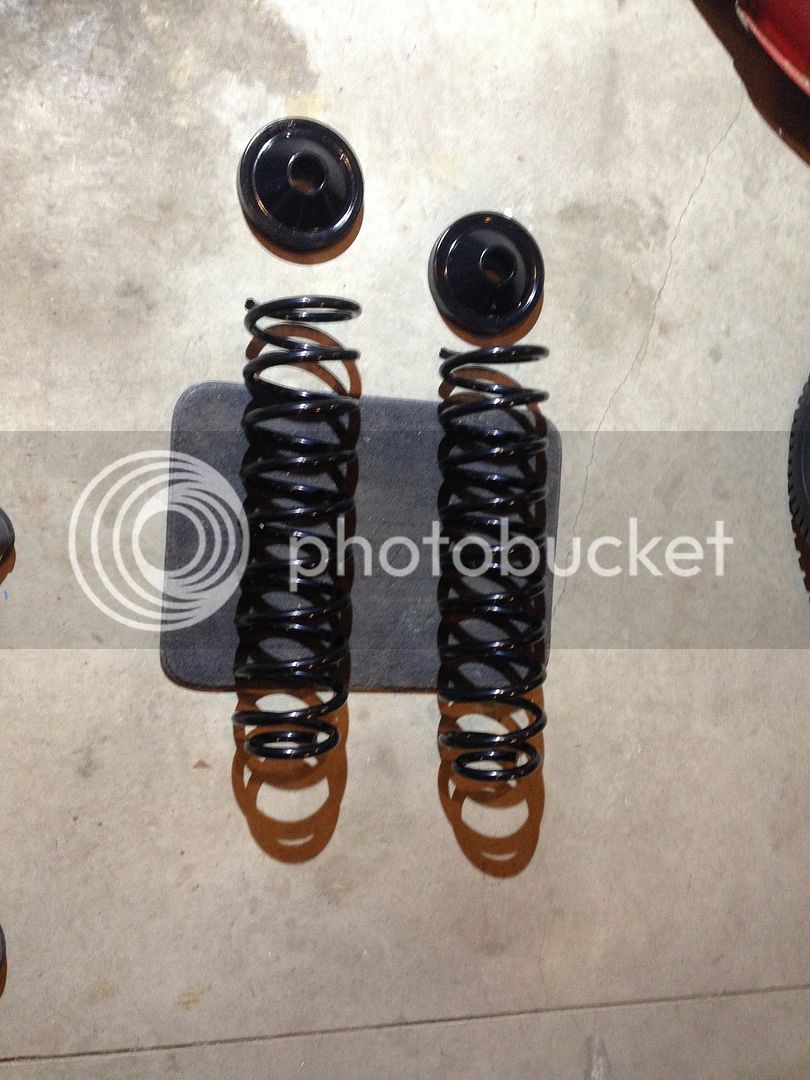 Jeep prior to lift 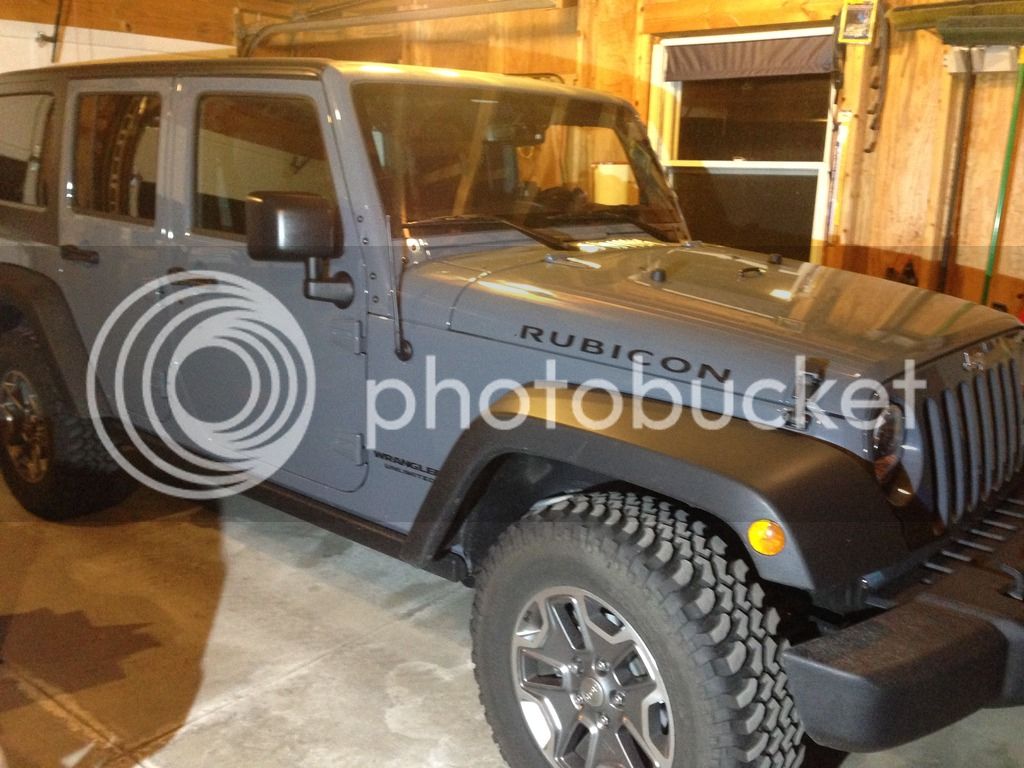 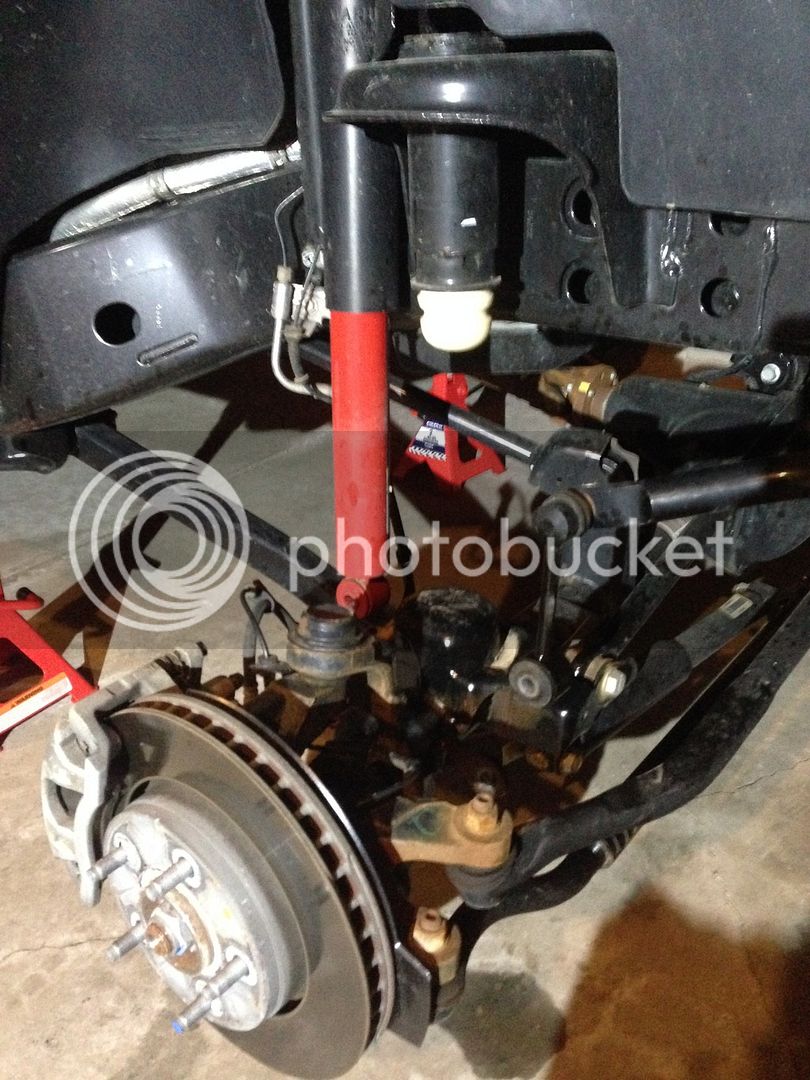 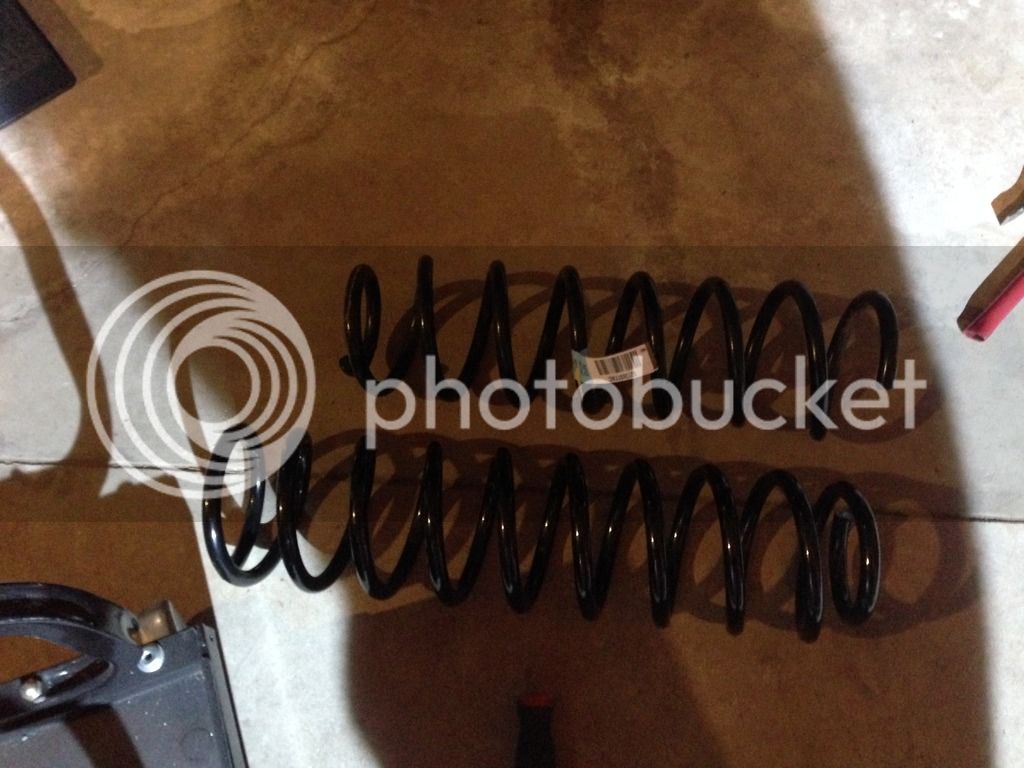 The tools that I highly recommend when doing this install. For those of you who are attempting this as your "first big project"...all I can say is when working with suspension...get a good pair of gloves. Your hands will find everything that is sharp or that pinches. 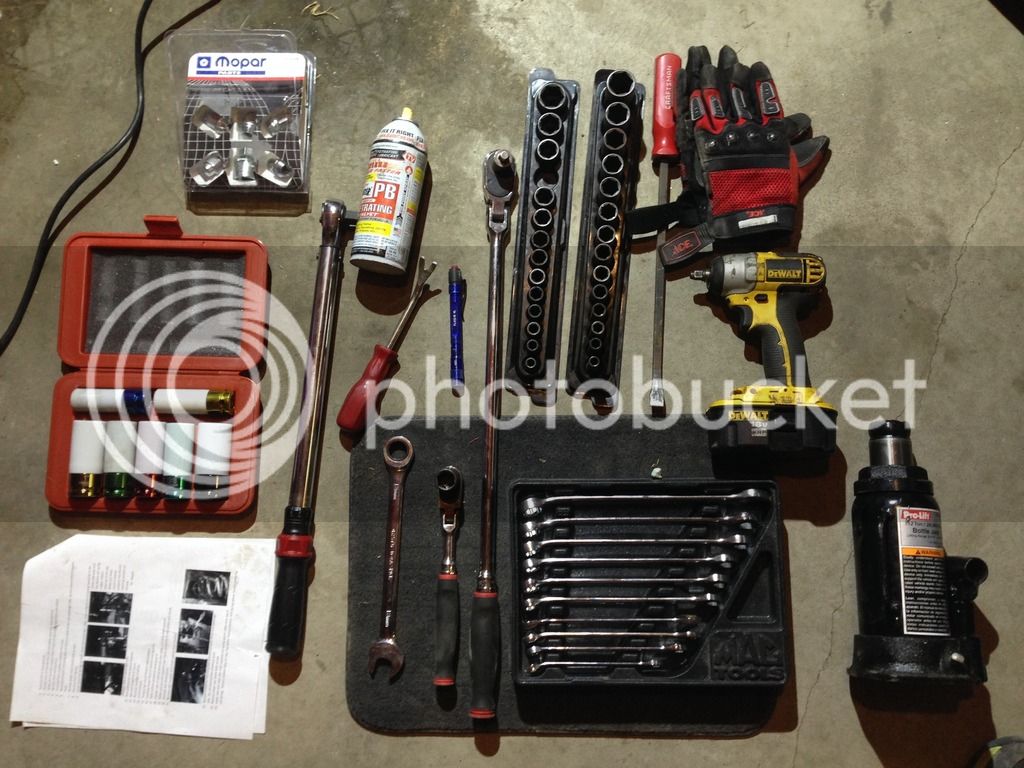 I will get a picture of the finished product when it gets light out. Finished the project up at 2am that night.
Reactions: RoarinRow, APtrail2005, maxfederle89 and 2 others

It was during amazon prime day that I received an email from NR.

I called them asking if they had any deals on the EVO 1/4 pounder and stinger...sure enough they did. They offered a deal so good, even my soon to be wife agreed to let me buy it...which made me do a double take since there is a wedding in our future.

Five days later and thousands of packing peanuts later, I was installing that 75lbs beast.

I am not going to lie, I was nervous making the cut because my jeep only has 15,000 miles on it, but I guess we will see what happens when I go into the dealership next time.

Here are some pictures I took during the project.

Off with the stock bumper and plastic grill 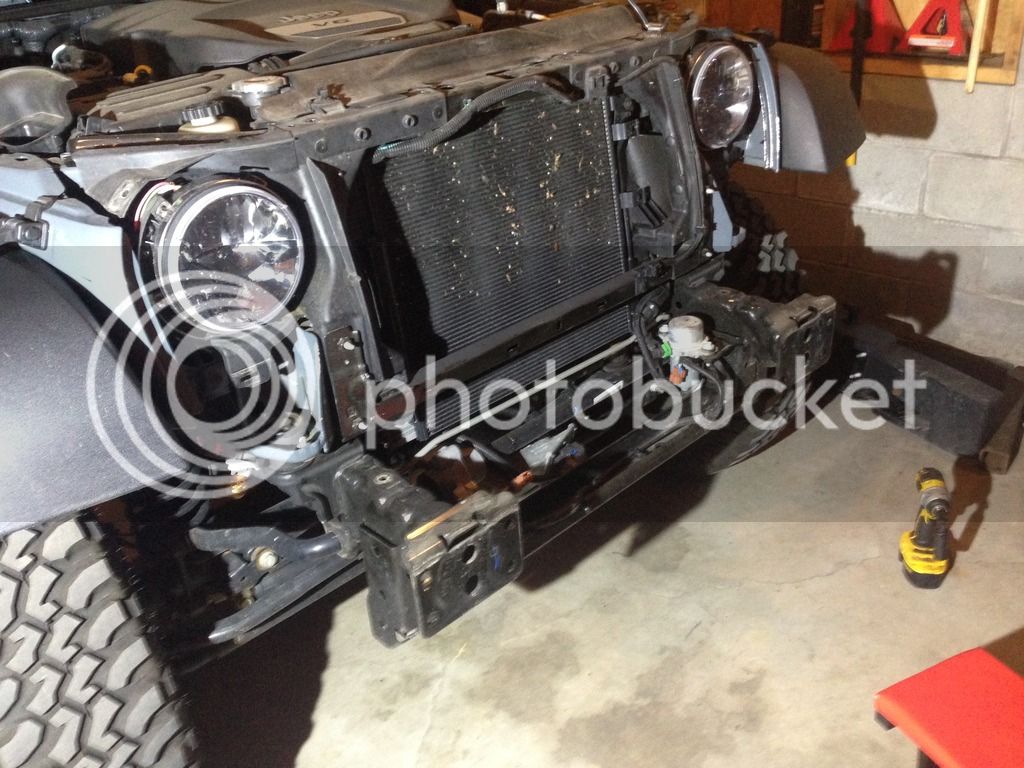 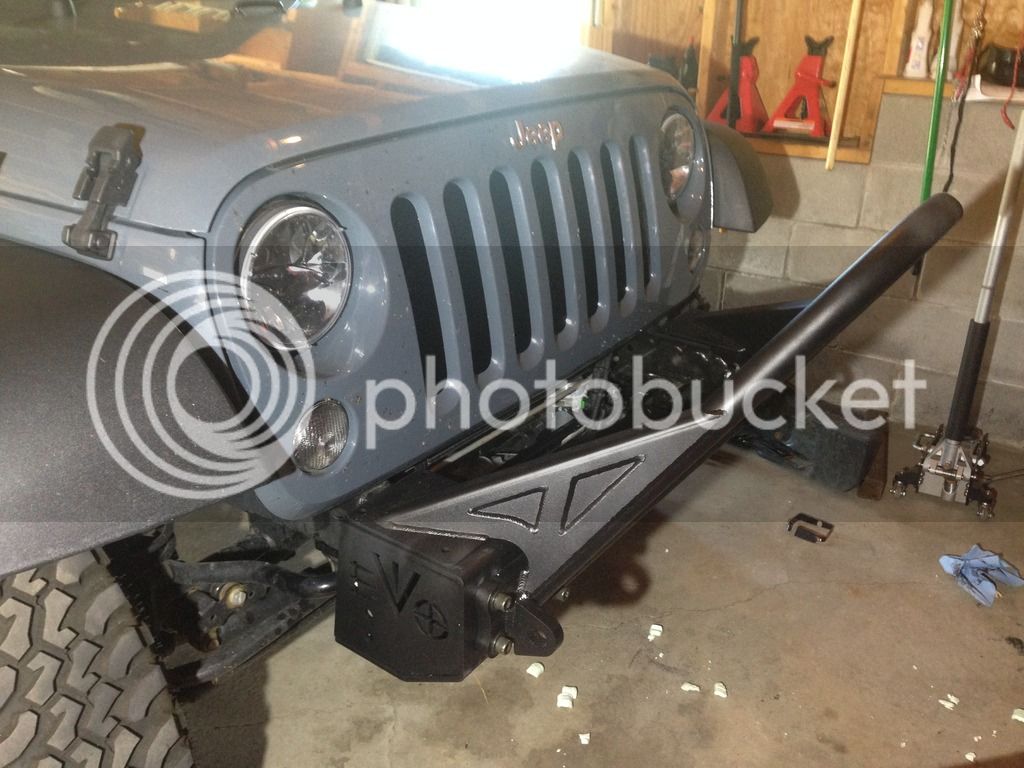 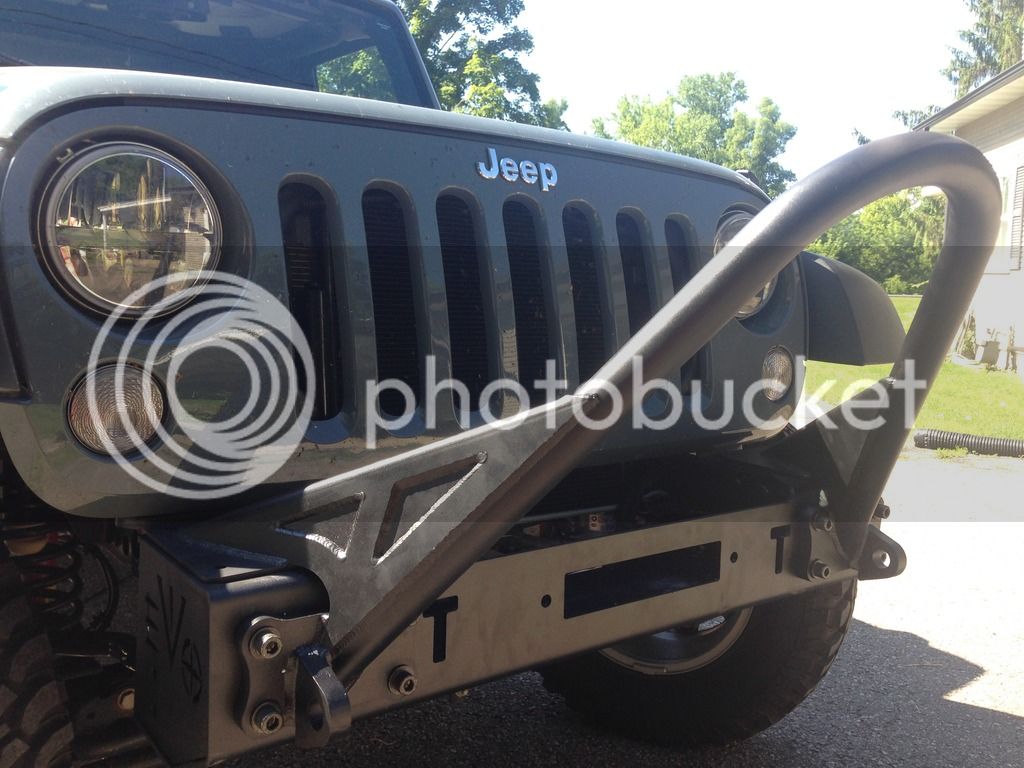 It looks great and I am so impressed with the quality of work! I would recommend this bumper to anyone thinking of making the purchase.

In another project, also found 10x7 foot trailer on craigslist. Decided to fix her up in preparation for my new job and the move. 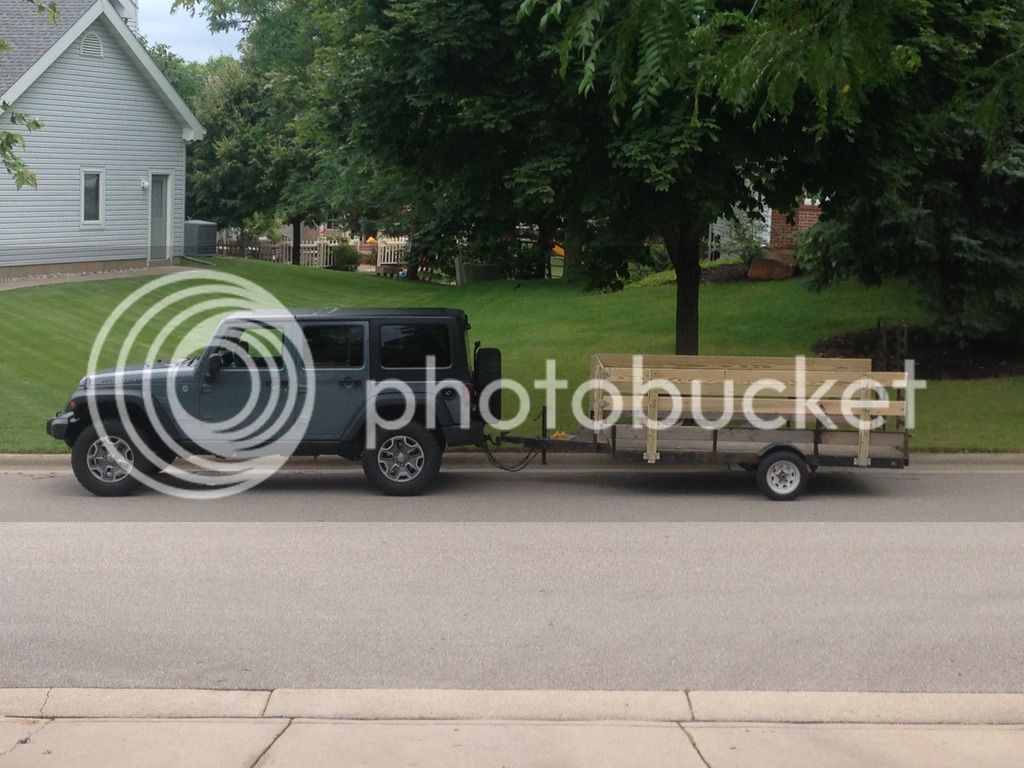 Stopped at the parents place in Madison, WI to borrow the Skil Saw. Dad is seeing how strong the project is. 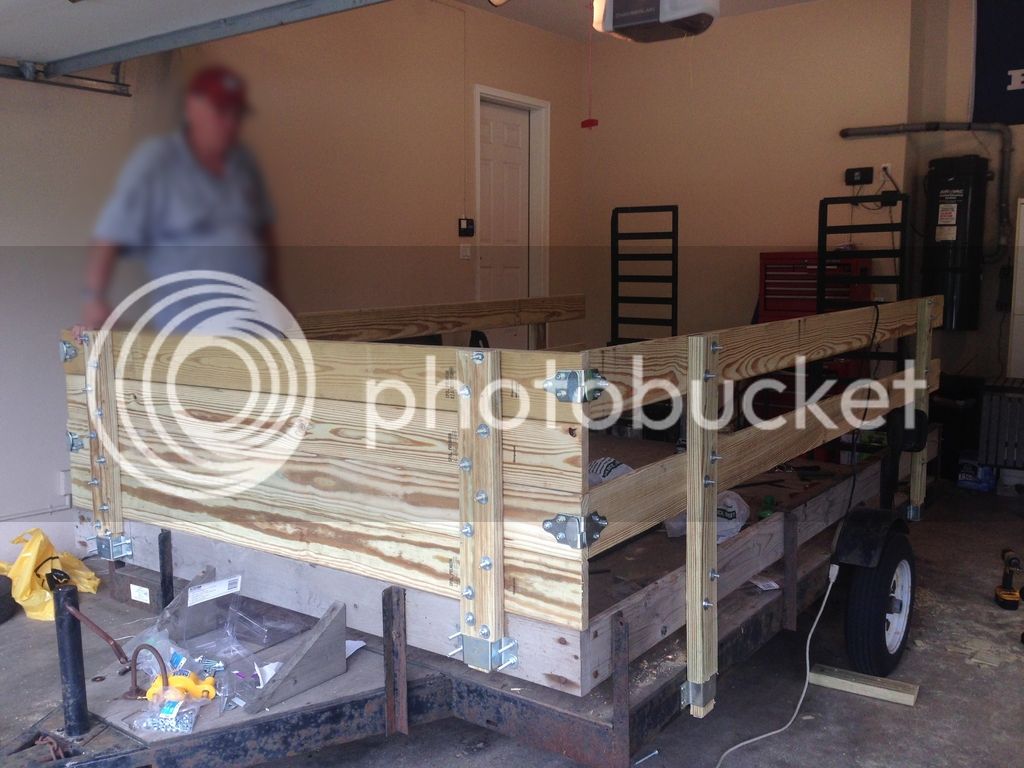 In the front I made a solid wall of 1x6" planks just because of previous trailers with the jeep. Since I do not have mud flaps, anything that is on the trailer gets ripped apart from the rocks that stay in my jeeps tires. Hopefully this new wall fixes that problem.
Reactions: maxfederle89, tsingson and ASNOBODY

Any of you that own a jeep realize how horrible the stock lights are. Truck Lite's were then ordered and installed. Love these lights. Only down fall is in the winter time, the snow does not melt if you do not have the non-heated ones.

From there I installed the RR hood latches to get rid of the horrible hood flap that happened when you went past a semi.

Then the beast came...the Gobi roof rack. After almost pulling the trigger many times one finally showed up on craigslist for sale in MN. The owner wanted $1000.00 and it had only been installed on his wife's jeep for two months. She made him sell it because it looked to manly...his loss, my gain. I cannot say enough about this product. 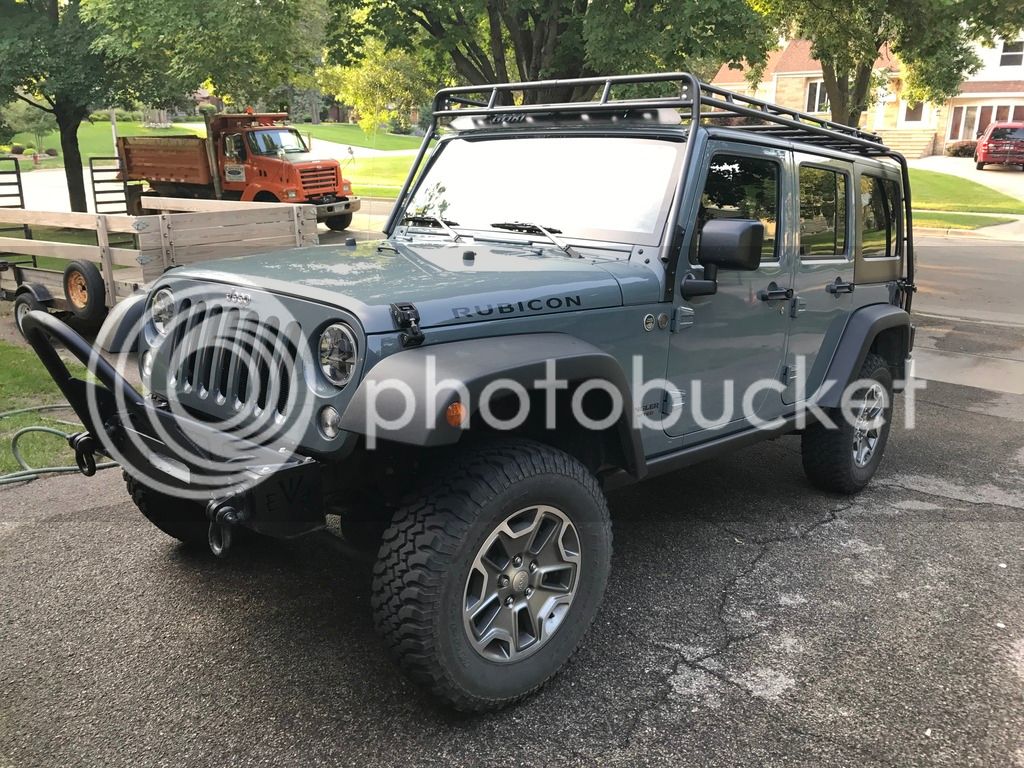 Figured I would load up the Kayaks for some local fly fishing. 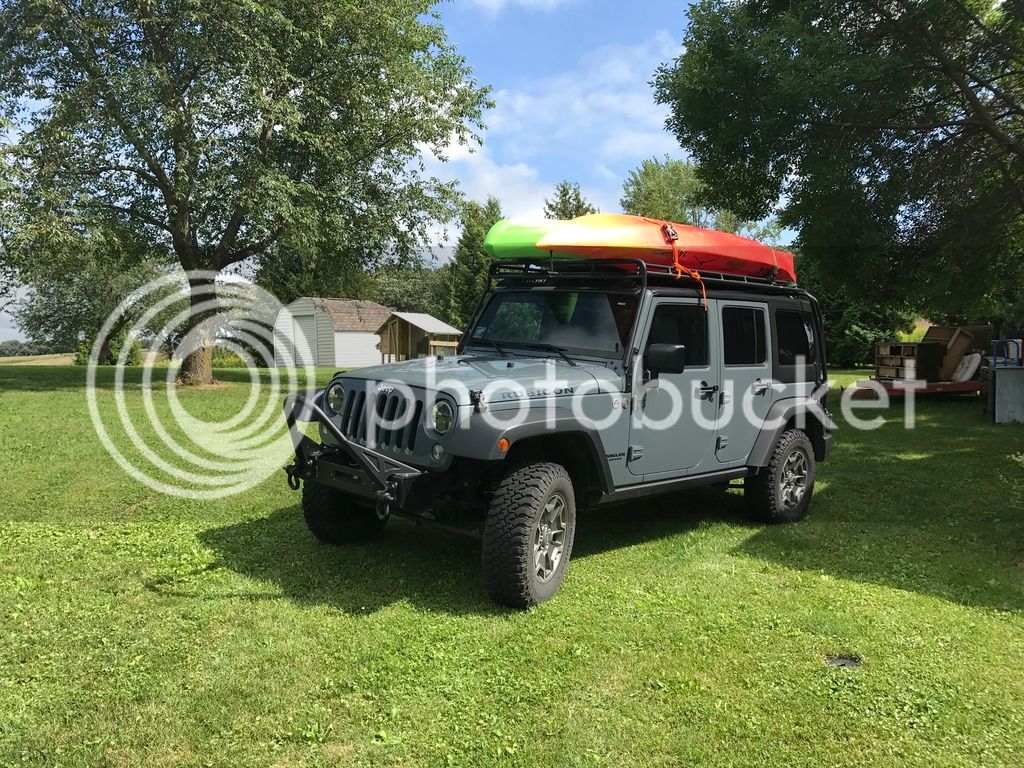 My storage area I purchased for my jeep off of springtailsolutions. Outstanding product with absolutlly not rattling. 50 Cal box holds all my recovery gear that I would need. Also has room for Molle attachments. 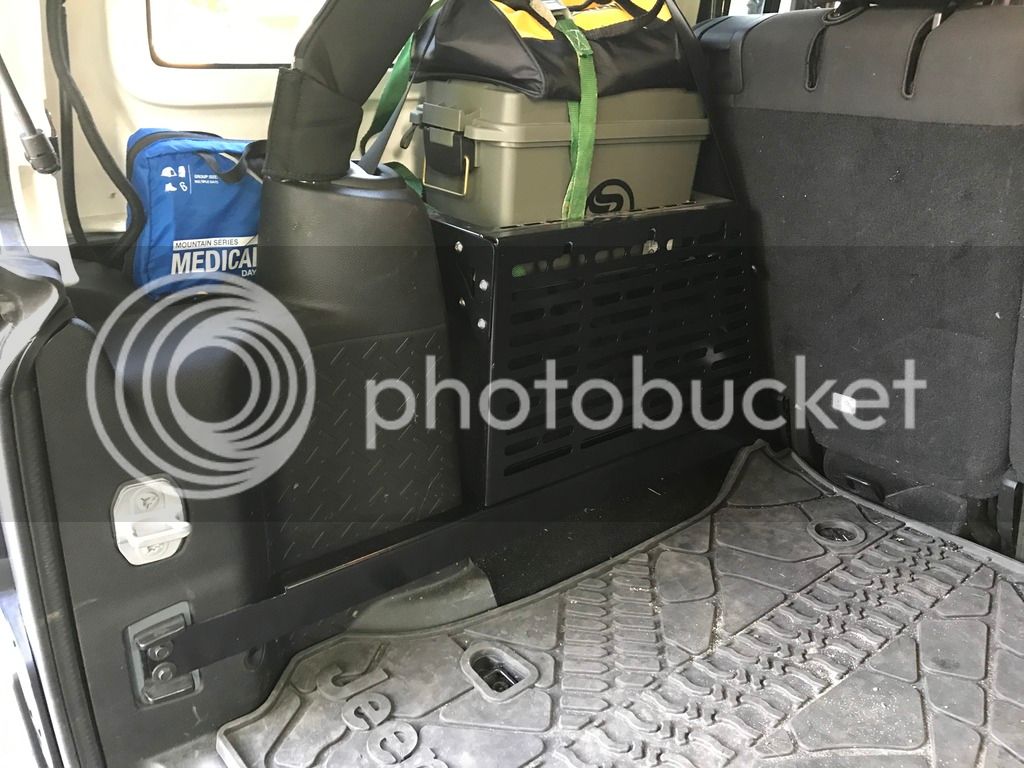 About two weeks ago I got my OB gear in the mail. Had to get these on the Jeep ASAP! 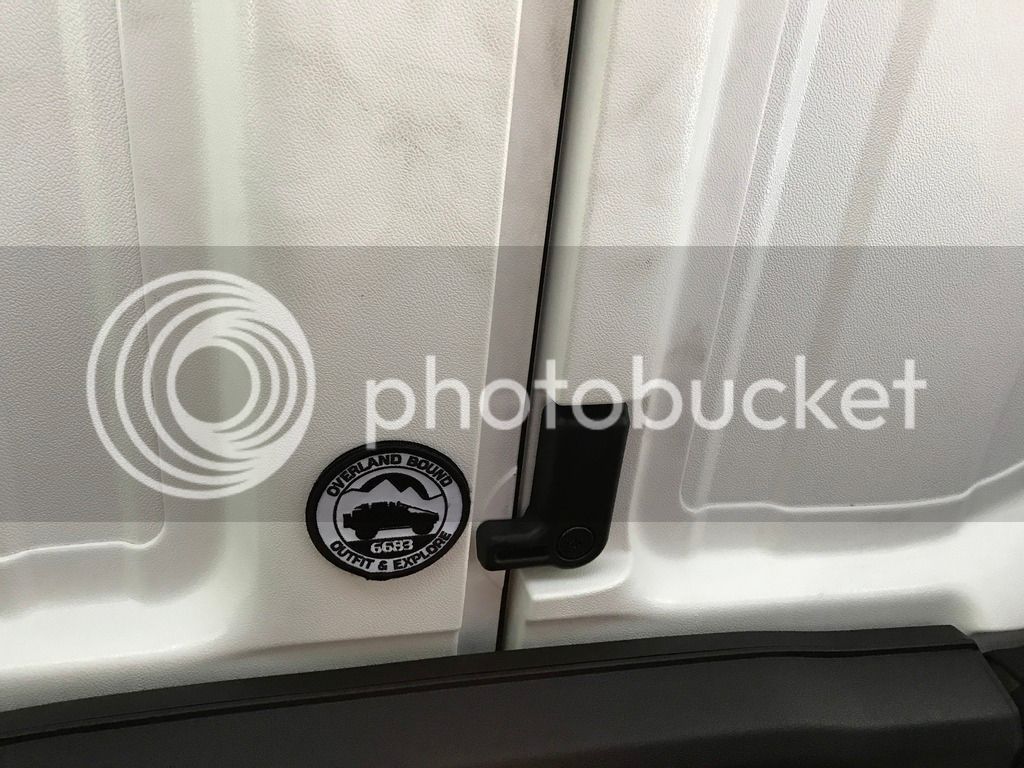 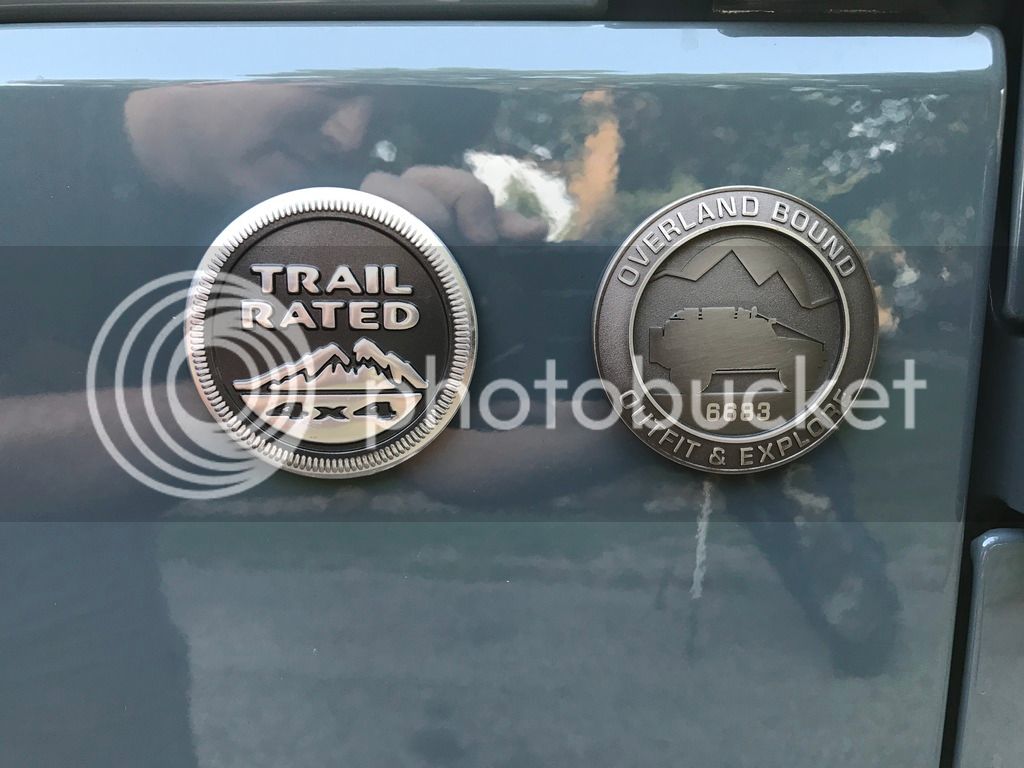 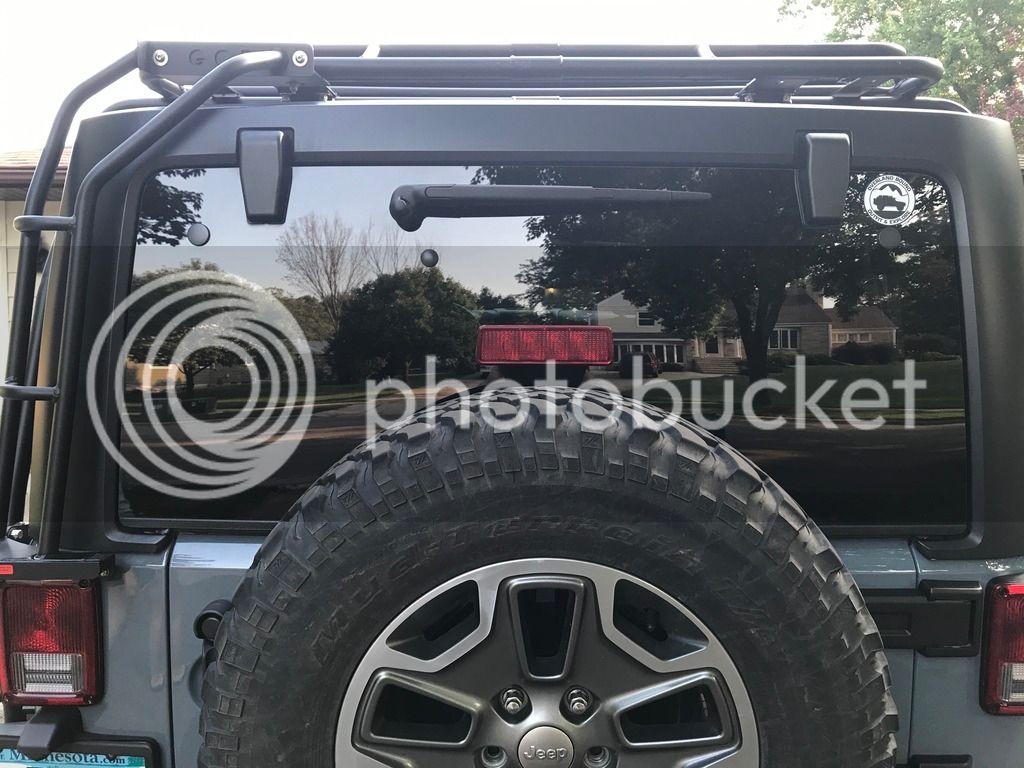 Good looking rig you've got there!
Keep it up.

How do you like the exhaust compared to stock? Performance and sound?

It is quite a bit louder. I think it has a nice rumble and with a stick shift it sounds even better. I would highly recommend the exhaust.

There are a couple youtube video's of it. The sound will not be as clear but you will get the idea of it.
Reactions: Moriarty

Thx for the info.

Haha this is awesome. I'm member 6682 and the first things I did to my JK was replace the antenna and order an exhaust. Rig is looking good man!
Reactions: Rubicon72

Just got my Bartact seat covers in. Only the front covers arrived. The rears will be in within 3 weeks. I will post pictures when I get home!

Nice looking JKU! I'm thinking I might swap out my exhaust soon as well. My stock tail pipe is quite dinged up at this point, would be nice to get it all tucked up and out of the way

brien said:
Nice looking JKU! I'm thinking I might swap out my exhaust soon as well. My stock tail pipe is quite dinged up at this point, would be nice to get it all tucked up and out of the way
Click to expand...

I def recommend it. It looks much more sleek in my mind. I would go for one that tucks up under the belly instead of sticking out the back.

Great looking Jeep!! I like the way your going with the mods.