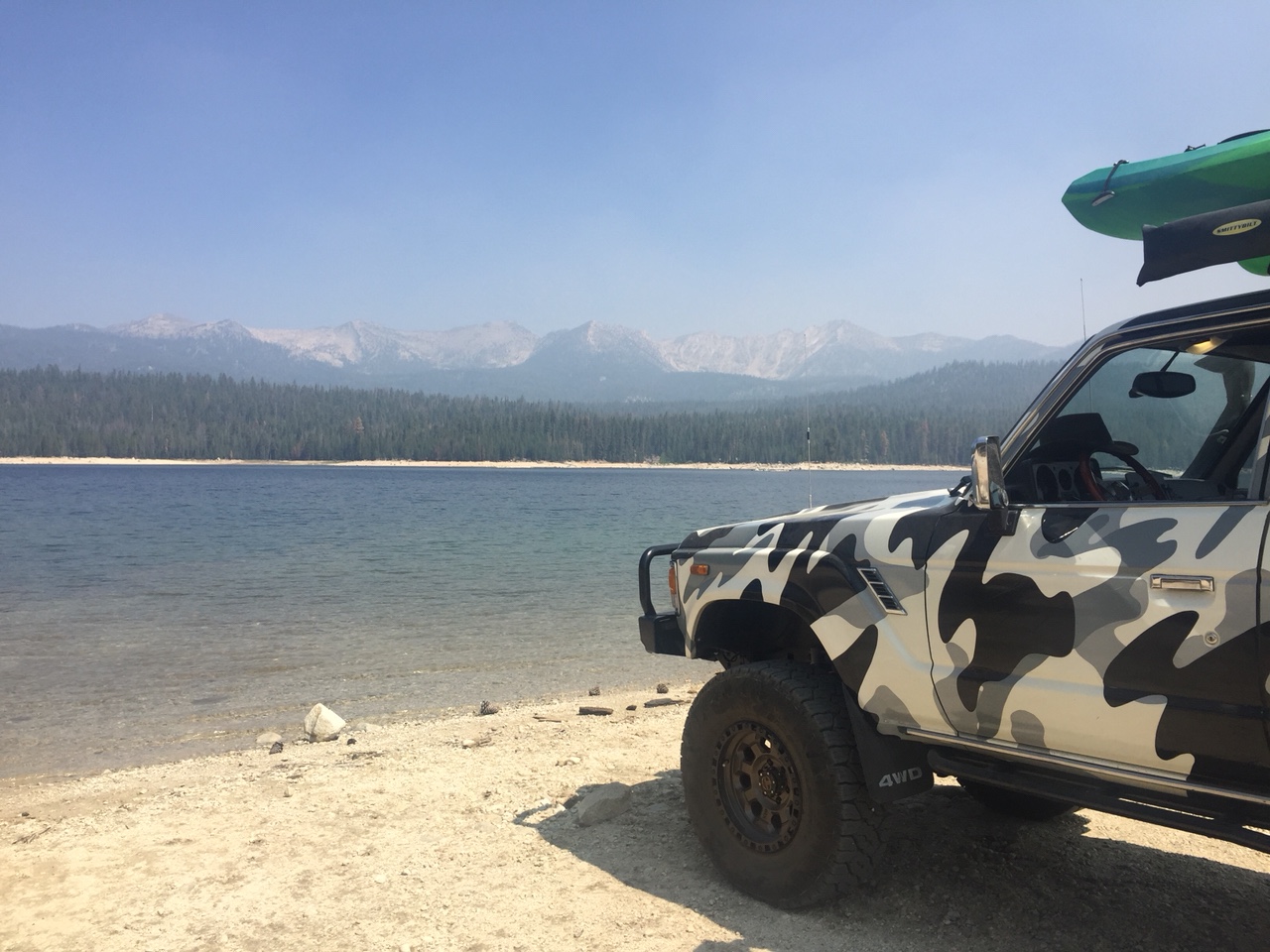 I’m Lurch, a 1984 Toyota Land Cruiser, and Ol Faithfull is a trailer made out of used and forgotten stuff Anthony had lying around or found. Like most things that are meant to be, it took time for Anthony and me to come together. I first met Anthony about 20 years ago, when he was in high school, and I was still running with my original parts and motor. We lost touch for about a decade and then fate reunited us. You see my owner at the time had left me in his parent’s yard because of a couple little mechanical problems. I had a blown head gasket and seized water pump. One day Anthony came by the house to get his hair cut and recognized me and my potential. He bought me on the spot for $2,500 and I became an icon in the Brunetti family fleet. This was six years ago, and since then Anthony has spent A LOT of time and money sprucing me up for family adventures. Most (if not all) of my original parts have been changed and updated. (Anthony kindly provided a geek-list with specifics below.) He’s also been fighting a never-ending battle with rust – made worse by the fact that we live close to the ocean.
About three years ago, Anthony brought home a friend, well more like an outline of a friend…it was the back of a 1983 Toyota Hilux. I didn’t know what to make of it at first but Anthony had a vision. He turned it into Ol Faithful, an off-road glamping trailer, so the family could take the comforts of home with them on the road! Ol Faithful has a rooftop tent, a 270-degree awning, a full kitchen (with pantry), and loads of storage for gear. On especially dirty trips, the family can enjoy a hot shower under the stars. Anthony was kind enough to share the particulars of his modifications below if you’re into the specifics.

I have to say, I like what he’s done and am loving my new life. I have a purpose , a new best friend, and all the family love a car could want!

· Swapped out the motor for an 05 Escalade LS series V8

· Went through the whole California BAR process and passed (FYI - I will NEVER DO THAT AGAIN!

· Added ARB lockers to the front and rear

· Used FJ62 leaf springs and mounted the axles under the springs

· Cut and turned the knuckles to add 4 degrees of caster and used CV drive shafts to be able to aim the diffs at the output flanges, so no vibrations.

· To eliminate bump steer and wandering, moved the shackles to the rear of the leafs for the front.

· Changed out the front seats for 4runner SR5 buckets

· Added a VDO center console with a CB and HAM

· Used a Samsung tablet on the dash to give us tunes, navigation and engine diagnostics.

· Added lumber rack, some home built drawers, a roof top tent, a water tank from a sailboat, a bar sink,

· Last month I tiled the kitchen and added a 270 degree awning (see photos).