I just finished a comprehensive review of the Tembo Tusk skottle. You can go to my site here to read the review and watch my entire egg scramble recipe.

If you wish not to read the review and watch the egg scramble video see below. This was my first time cooking on the skottle and actually was pretty impressed. I plan on doing more of these videos as I come up with recipe ideas.

Reactions: Chris Zawacki, SLO Rob, Raul B and 2 others

I haven't used mine yet! Looks great. Have you found the videos done by Blue Ridge Overland Gear? They look tasty!

I added another recipe video today.

Spam and kimchi fried rice on the skottle:

Have to throw our in here!

Just did another one over the weekend ;)

After watching all of these videos, I went ahead and ordered my skottle.!
Reactions: SLO Rob

Your going to enjoy it. My break in meal on it was Korean Bulgogi. This marinated beef is VERY PUNGENT. As in, do not try to cook it in your house unless you have a nice wolf vent blower hood assy. I had neighbors come from 3 doors down wondering what I was making. Serve it with rice, veggies, fermented veggies, sauces, all on red lettuce leaf wrappers. It is seriously good eats. VERY good eats. I need a headband for my camera since my girl has as much excitement cooking as I do watching the bachelor. 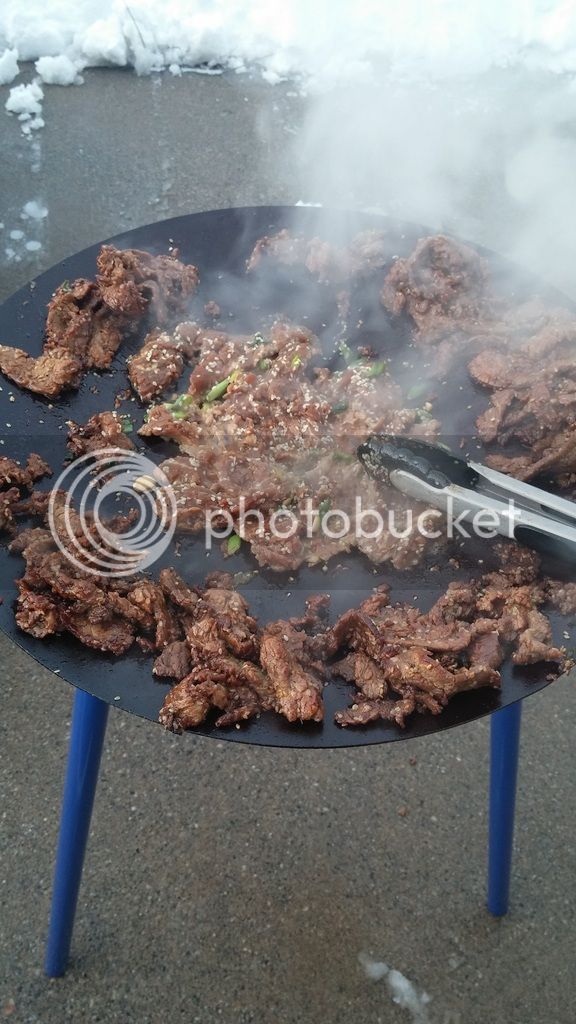 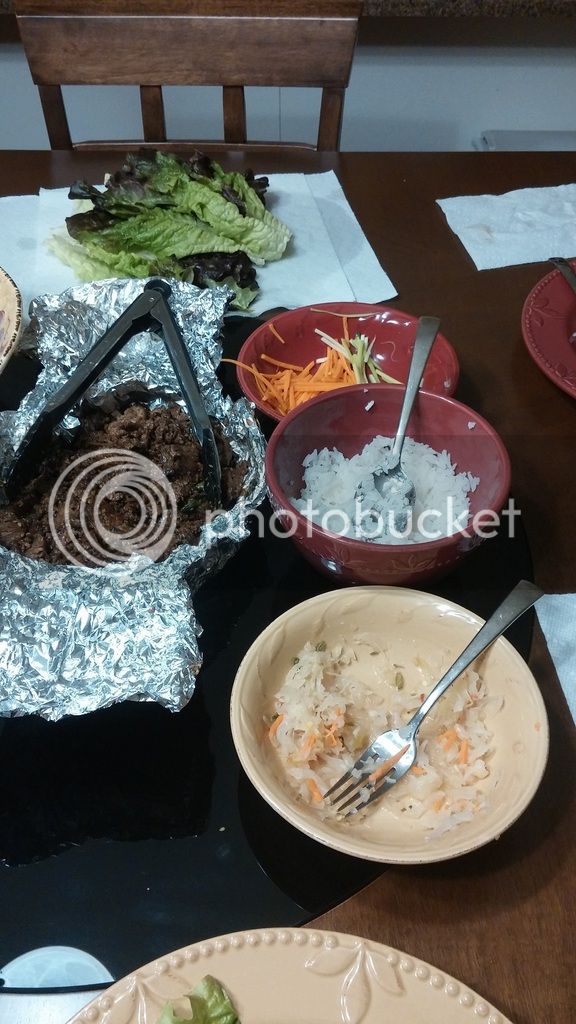 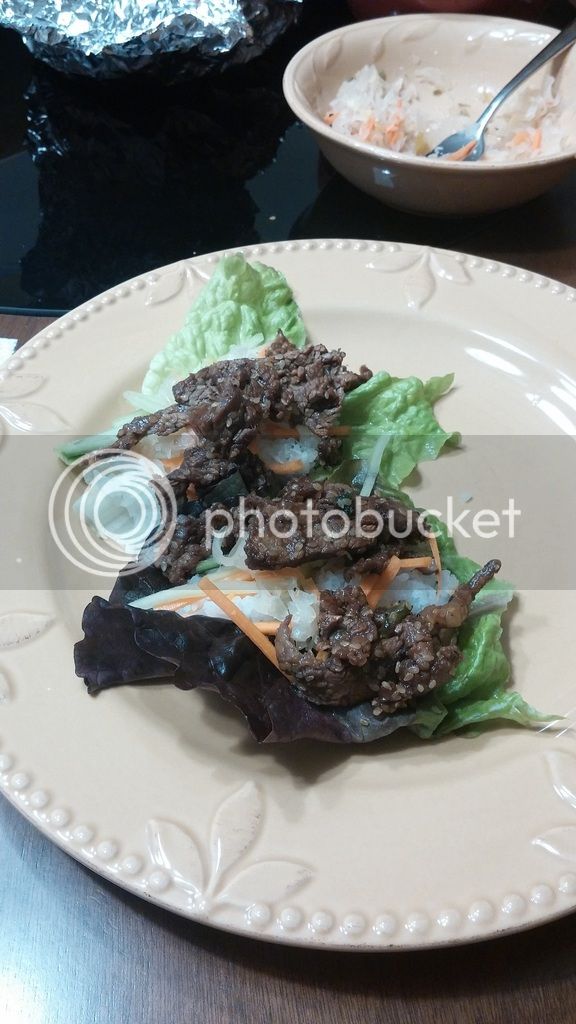 Also done grilled cheese sandwiches for my daughter and friends, disco egg fry (my favorite breakfast sandwich and a way to introduce people to indian food. also made quesadillas, eggs, stir fry, and a few other things on it. They are great, sold a few to friends at work for tailgating and just because. I need to pick up the hood assy now. 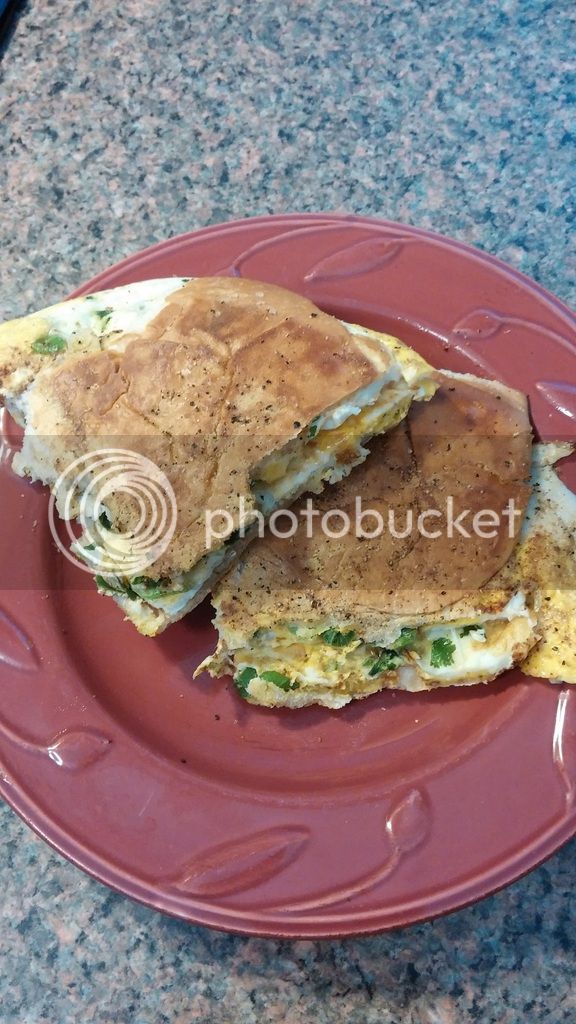 And incase anyone wants to try a disco egg fry.
oil hot pan, toss in a pinch of cilantro, crack an egg or 2 over cilantro, lightly toss egg to combine, top with green onions and season with ground coriander, ground mustard, salt, pepper, chili powder (I am a fan of a ancho chili powder I found on amazon) and a little bit a masala. Then split a pair of water/ dinner rolls and smash it on top, then season the bread the same as the egg, hit it with a little oil, flip and smash it flat, till the bread browns a little, becarefull however, spices may burn, then flip and fry a little more, flip and fold and serve. Its unique but you will find yourself wanting them often.
Reactions: HudsonZRoamer and SLO Rob

View attachment 5424 Caught up with the Joneses and got a skottle for Fathers Day! 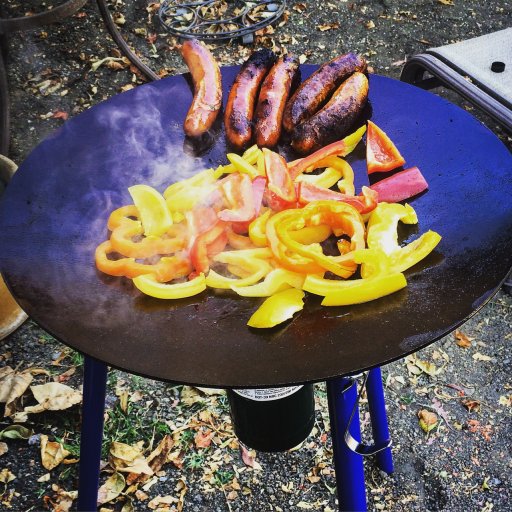 We retired our stove after getting one. Cooks everything and you can remove the burner and still put a pot on that if needed. You will enjoy it.

Great reviews. I absolutely love my Skottle, and it has completely simplified my cooking set up. I no longer carry my 3 burner coleman and cast iron skillets. The skottle and jetboil are all I really need for 99% of my cooking.
Reactions: Michael
N

Anyone ever use a skottle over a camp fire? Without the propane of course. Lol.

I would see it hard to be used that way but if you do it let us know. Heat of any sort needs adjustment. Dutchovens on tripods were raised/ lowered as needed. The same dutch oven could have coals added or removed.

The skottle would be hard pressed to have any control and with the shallow dished shape I would love to see someone move one when hot and loaded with fuel.

But in a post apocalyptic, fall out 4 type of a world, Im sure it could be done. But for $30, you can have the burner and a few 1lb bottles that will last you many cookouts and is a great option.
You must log in or register to reply here.
Share:
Facebook Twitter Reddit Pinterest Tumblr WhatsApp Email Link
Top Bottom