Comments and Discussion on the new Overland Bound Landing Page

What a surprise to see the new landing page for Overland Bound. That's a very nice layout, and looks professionally done.

I realize it is brand new, and a work in progress. I thought the members might use this thread to comment/discuss their opinion, and let you know of any platform specific problems.

As of noon, EST on Monday, the image in the top right of the white area (above trending) is broken. It is looking for something local named "emblem_mtg.jpg"

The graphic while logging in is larger than the space allowed, leaving off a couple letters. 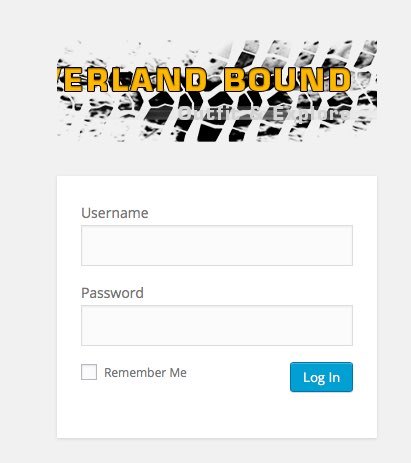 On an iPad, the header and store banner take more than half the screen. I realize this is not controllable, but it sorta makes the site look like a store instead of an Overloading community. 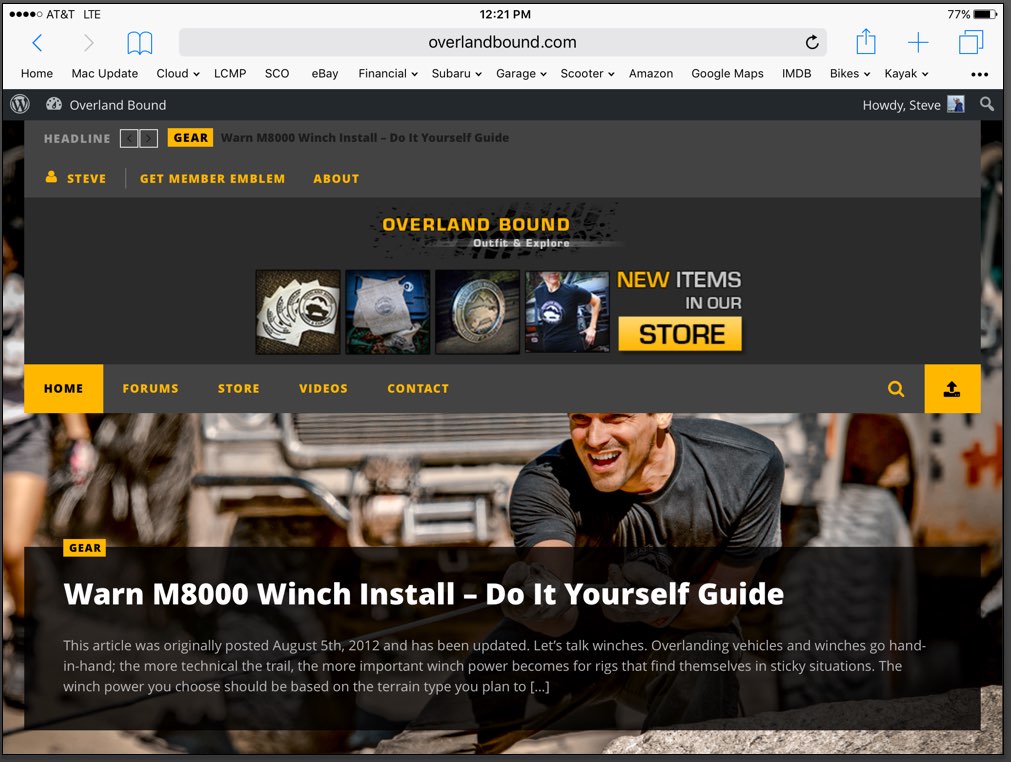 Oddly, the submenu under "Headlines" is on the left on the iPad and Right inline with headlines on the desktop. Must be wrapping to the next line. Not a problem, just wanted to note the difference. By the way, that's an awesome photo of you yanking on the winch cable!

It is probably just my old eyes, but I can barely make out the black text on dark gray background headline titles. Light gray like the word "headline" might be a better option?

Somewhere you might want to add a link to your YouTube Channel. (Or there may be one and I just haven't found it.)

But most importantly, your seminal video, Are You an Overlander? took several minutes to find, and I knew what I was looking for. A new visitor isn't going to stumble onto it. That should be placed prominently on the front page. It's what struck home with me when I found Overland Bound, and I'm sure others as well.

Overall, a wonderful improvement to the Overland Bound site! Thanks for your continued excellence
Steve

[EDIT] I type slow, and you work faster. It looks like the badge image was the one missing, and now shows up as expected.
Reactions: tom
L

I can't log in and it doesn't recognize my email.

Karol, I'm not positive, but I don't think the forum and the store/homepage share a login/password. The previous forum was on a separate software, and the logins were unlinked. When @administrator switched to the much improved xenForo software, I don't think there was a merging of the forum and front page logins. I know that I still need to log in separately for the front page/store, even if I'm already logged into the forum.

You might try registering with the same username/password on the front page and see what happens.

Well that's annoying lol
Thanks for heads up Steve

Hey Guys! Keep the feedback coming - this is definitely a work in progress, and the purpose is to be better, and more accessible - so lets keep the feedback coming. Steve, as always, I really appreciate your time and effort in giving me the heads up, and I'll be working on your feedback. @Lipek, ya, I know, its not an easy fix, but we'll get there.

Oh, @CorrieOB on this thread - she has many thoughts too! 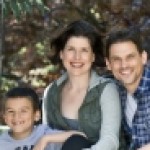 @Lipek @Steve Thanks for the feedback! Keep it coming.

We *definitely* know the double login for website/forums is a major pain point, and Michael has spent many hours trying to problem solve. We'll keep everyone posted on our progress - It's 100% on the road map for 2016.

Quite a few changes @Lipek @Steve

Steve, I want to figure out a way to highlight a specific video. Working on that.

If you are taking requests, can you make an expended version of the Boyden Cavern video? You have a few geographically challenged people who would love to see more of that canyon.


Keep on Jeepin' On!