Hello gents. Ever since 1999 I have liked the Nissan XTerra and I've always wanted one since its release. I finally picked one up on 28 December 2014. I'm gearing the truck towards an overland build.

Replaced:
- OE radio antenna with Smittybilt 5" metal antenna
- OE headunit with doubled din Pioneer headunit (only because it fit nicely and has an iPod port....which is all I care about lol)
- OE light bulbs all around with new/higher quality bulbs/LEDs
- OE headliner (which was irreparable) with regular automotive carpet
- OE fog light housing with OE style amber lens housings.


Any advice and/or constructive criticism is appreciated. I'm only three months in this game. Im glad to be here and look forward to meeting some of you!
Last edited: Sep 6, 2015

I really love the car. Really nice. And for just three months in the game, you picked up fast.
One of the things I would recommend, depending what terrain you are driving is getting some Sand Ladders. Very useful when you get stuck. You can have steel, aluminium or plastic ones. Depending again on what you drive and what you need most.

I for myself have metal ones for bridging and for extreme bogging and two plastic ones for lighter bogging.

Love to see more of your car.

Sand ladders?  Are you talking about these?

I appreciate the feedback Robert.  I didnt know anything about overland when I got the XTerra, I just molded my truck after seeing certain styles of rigs and I eventually found out that I've inadvertently been building an overlander lol.

Next week will be my first real test run of the build with trail running and camping.  Finding this site has helped prepare me for that tremendously.

I picked up some seat covers with MILSPEC MOLLE back panels, which speak for themselves on their utility:

Installed some new off-road lights up top.  They are about as bright as my fogs, not what I was going for.  I'll upgrade eventually.

And a larger cargo shelf net that I havent fully configured yet.  Its pretty adaptable with the proper mounts.

A fun little upgrade of the grab handles on the A-pillars:

And this toughbox....which isnt really tough.  I'll get a waterproof/airtight toughbox later.  For now though, all contents inside this box are in waterproof bags.

A quick draw cord attached to my CB antenna, which allows me to pull down the antenna from where I sit inside the truck.

Thankfully theres a few good companies that make aftermarket products for XTerras.  P&P Engineering makes rear anchor mounts that pair right up to the frame for those of us who dont get aftermarket rear bumpers.  All I had to do was cut two holes in my rear bumper and bolt on the mounts (previous owner did unknown damage to my rear bumper, I covered it up with rubberized undercoating).  I picked up some anchor shackles rated at 10,000 lbs each.

Before and after pic of my engine bay.  Took 18 man-hours to clean up.  Some high-heat paint made it look good as well as seal up the rust.  The plenum was painted orange to give the bay some color lol.

Cleaning it up has made it easier to clean after hitting the trails.....ironically.

I cant say enough about this thread and your build! It is AWESOME! I look forward to seeing your progress and trip pics!

If you don't mind, I'd like to share this thread as a story on the site. I think others would find it inspiring. Would that be OK?

Thanks again Michael.....feel free to use whatever you need.  I detailed the truck today and figured I'd take some pics of it.  Next weekend is the first true test run of my set up.....pics and a lessons-learned post will definitely come from that.

Very cool truck, Shane! I've always like the Xterra, and yours is one of the nicest I've ever seen. Thanks for sharing with us.

Yep, that is what I meant. And you already have some. So, I guess, you are quit equiped already. And I have to say, your Rig does look very very nice. I hope you dare to take him out for a ride. But I guess, that isnt an issue.

Like I wrote somewhere on the forum before, I envy you all for having these Rigs. As due taxes and Road taxes these kind of Rigs are just almost unaffordable here in the Netherlands. And also, we just dont have the real space to drive them.

Well enjoy it much and keep us informed about all the things you do on and with the Rig.

Greetings from Robert
I

Nice truck man!
I have a 2012 Frontier Pro-4x I just put a new rear bumper, rock sliders, and diff cover on it today.
We don't have as many options as the toyota guys, but there's still a fair amount of stuff out there, more even for the xterra than the frontier. I had a 2006 Xterra before this truck. 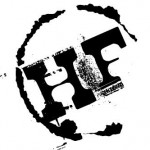 Great build platform! Let me know if you have any questions or product needs. I own Hefty Fabworks and have been building for the Nissan platform for several years. We don't have a lot of 1st gen stuff on the site but have developed it all. I'd love to help you out or even point you in the right direction. We have direct connections with most of the builders and suppliers for the Nissan truck/SUV market. 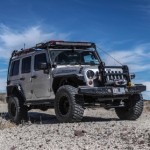 This is an awesome build! Very well done man. 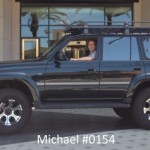 That is inspiring, I have a 2014 toyota 4runner trail edition which I'm going to outfit in the next 12 months based on Michael's cruiser and all of this community recommendations Bravo to you Man 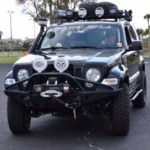 Awesome rig, man. And it looks like you are outfitting it with cool gear and mods. Well done, m8! Well done!
M

That interior organization set up tho...

Epic build. Michael and I are always trying to hack the interior of the LC, and this has given me a ton of new ideas.

Wow.....as a sign of interpersonal respect I usually quote directly those who comment and reply back, but I didnt expect this many responses lol..... thank you everyone for the comments.  I was blown away when I found this site and I've been excitedly talking like a kid about this group to my girlfriend.  I wanted to show the latest and greatest (best) mod I've installed as a sign of appreciation and apparent bonding that we all share with our trucks....

If anyone is nearby, I'm joining some XTerra members at Prentice Cooper State Forest, Chattanooga, Tennessee this up coming weekend (17-19 April).  And Land Between the Lakes later this Spring.  As I get more dates, I'll post them up.  Frolicking around in the mud with some buds is one thing, but to do some pure overlanding with overlanders would be another whole thing!

Nice rig! I own a FJ Cruiser. I almost purchased a Xterra. You are making think about getting a second rig. lol Is yours supercharged? My buddy has one and she said she bought it that way. I'm going to have to show her this thread to inspire her a bit more to keep it and not trade it in for a jeep. lol

10267 said:
Nice rig! I own a FJ Cruiser. I almost purchased a Xterra. You are making think about getting a second rig. lol Is yours supercharged? My buddy has one and she said she bought it that way. I’m going to have to show her this thread to inspire her a bit more to keep it and not trade it in for a jeep. lol
Click to expand...

Drift, some of the second generation X's come with OE superchargers I believe.  The average going rate for first gen X's is around $4k-$6k.  If feasible, a second vehicle for a relatively good price might be a fun additional toy to have

I like the FJs too.  I was looking to buy one when I was hunting for my XTerra but the ones around here were way out of my price range lol.  They are badass tonka trucks though!

Did a bit of cross country and trail riding this weekend.  Threw in some camping in there too.