Comparing a hi lift to a gun or any power tool isnt a good comparison. My table saw isnt gonna jump off the table and hit me in the face, my ar15 or any other modern firearm isnt going to blow up on me(unless i were one of those dummies that put the wrong ammo in) or shoot something unintended. A hilift however can have a mind of its own sometimes, even on flat ground. Thing can slip or bend or pop out at anytime. Is it a garauntee it will hurt you no, its it a garauntee it can hurt you yes, and thats not a risk some folks want to take alone miles away from medical care.

If the hilift type jack wants a better image they really should triangulate the base more and make it stable.

There are plenty of bottle and scissor jacks out there that can handle 20+" if that wont reach the axle to lift a tire then wow youve got big tires. I have a hilift for my tractors to be used like it was intended on a suspensionless tractor with huge tires, the bounce coming down after lifting a car or truck is usually what gets people hurt.

If you have solid bumpers and a chainsaw you really dont even need a jack just cut a log longer than your bumper is high wedge it in at 45° between the ground and bottom of the bumper and drive forward or backwards, then. When done reverse off it.
Reactions: Downs and Bama_Kiwi

Anything can be harmful and dangerous when used improperly or naively.

Anything can be a beneficial tool when used with precision honed by training and experience.

Familiarization, proper training, and situational awareness makes the difference. As does respect for the potential danger of what you're doing.

I rarely see or hear anyone speaking ill of powered winches, but if you have never used one and only know, "Hook goes here and the line pulls when I push this button.", you could easily find yourself having a bad time, too.

ThundahBeagle said:
Kinda new here but I'm going to side with the other guy on here who pointed out that, what we now call the "Hi-Lift" WAS indeed the ONLY king of jack that came with most American made cars and trucks back in the day. Same kind of jack we had in our Chrysler station wagon and my dad's '78 Ford truck. Maybe there was a bottle jack in the Pinto, I dont know but I dont think so. The key was the same as gun, axe, and knife safety -stand to the side of the business end of this thing or you could be dead. Thats all. There it is.

I remember learning how to use one back in the day, when I was about 10 years old, I think. About the same time I learned in the hands-on sense of how to use an axe, a mall and wedge, how to build and think fire safety, firearms safety - all that type of stuff.

And although i learned it at about that age, i sure wasn't allowed to use any of it alone until I was in my early teens, back in the early '80's. And yes. You should ALWAYS shore up the vehicle beyond the jack, before getting under it to work.

Common sense isnt so common, especially for those who never had to work with thier hands. And I'm a piker compared to that linesman who spoke up earlier in the thread.
Click to expand...

Yes, they were with every car.
And To clarify a thing or 2 in my 1st post. I have used those jacks ,like you, since a teen ager. For many different things.
And like the other poster said,just like a gun, common sense and respect are mandatory.
Reactions: rgallant, Old Griz and M Rose

Dilldog said:
Honestly what it comes down to is awareness.
Click to expand...

exactly! its amazing how few problems a person will have if they JUST PAY ATTENTION
Reactions: Dilldog and M Rose

In fairness, while I'm no stranger to hard work and what I believe is common sense, the linesman would probably regard me as a veritable goof at his work site. I know a commercial fisherman would. So common sense to them on thier boat, or at the electrical substation is different.

Someone who is less out-doorsy or not used to working with thier hands might feel like they have common sense as they know what not to say when at work in thier office environment.

Education is key. Not a put down, but bringing them up with education. Even being careful, you could get hurt with those things.

Having said that, I do sometimes wonder "didnt your dad ever teach you anything?!" When I see some folks do what I consider to be thoughtless things.

Yes, they were with every car.
And To clarify a thing or 2 in my 1st post. I have used those jacks ,like you, since a teen ager. For many different things.
And like the other poster said,just like a gun, common sense and respect are mandatory.
Click to expand...

I have been in 200+ demolition derbies in my life. The old bumper jacks could be easily modified as body tools. Weld a couple of hooks and use them to hook to the body panels you need to move and the other end to your truck or trailer.
Reactions: grubworm
K

They are usually lifted 2wd vehicles with mud tires that are almost bald from hard cement roads. The weird thing is I have also seen many slammed 4wds in texas too.
Nox Vidmate VLC
Last edited: Nov 24, 2021

get out there and have fun this season

do some local competitions

konstantinejaquavis said:
I have also seen many slammed 4wds in texas too.
Nox Vidmate VLC
Click to expand...

what about normal states? 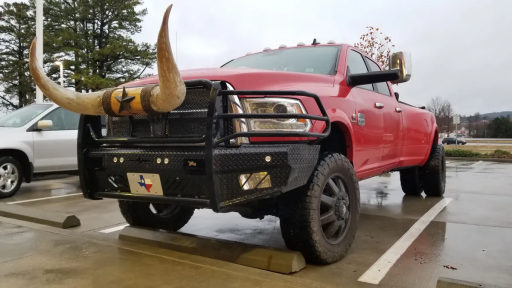