New to the site, well trolling for a few weeks but decided to get onboard.
Do allot of boating and paddling and just recently got a "over landing" rig for the first time in several years. Got a low mile '01 jeep XJ ripe for some lift and outfitting. Love the land cruiser rig so well represented on this site but would love hear what others are working and playing with....
Reactions: Becker0012, Marla Meckes, passivelyoffcourse and 7 others

Of course I am Land Cruiser centric, but I know quite a few folks with Jeeps and Land Rovers as well. One thing I can say about Jeeps is that they are much lighter, shorter wheel base, and made for crawling. Many advantages there. Land Rovers are capable, but I son't have a lot of first hand knowledge in that regard.

Lets see what others have to say.

It's great to meet you! As Michael states, this is a very Land Cruiser centric site, but there are a few of us with other rigs. In fact, Michael and his amazing Overland Bound rig is an honorary member of the Northern CA Land Rover club. :-)

With that said, I have a 2013 Land Rover LR4 (also known as a Discovery 4). I actually went back and forth between a 2013 Land Rover and a 2013 Land Cruiser, but ultimately chose the Land Rover. Don't get me wrong, I love Land Cruisers, but there is just something not-so-special about the newer models. I love the FJ80s and earlier models, but really was not happy with the 2013 model. I do appreciate the heritage and reliability, but I found the interior a bit cheap and overall drive pretty boring for vehicle that sells for just over $80,000. I also wanted a vehicle for off light to moderate off roading and overland travel. In test driving the 2013 Land Cruiser I found it very difficult and complicated to switch to low range and utilize the terrain response modes. Everything is so darn computerized and there are so many computer screens and gadgets.

That left me with the Land Rover, and I had one in 2000 that was a pretty big piece of crap. I was not interested in the LR3 (Discovery 3) models, but once the LR4 came out in late 2009 I took another look. I was a bit at odds when Tata Motors took over Land Rover/Jaguar, but I think ultimately it has been hugely beneficial to the brand in regards to reliability, quality of engineering, and bringing them more into the mainstream market (the latter is a bit annoying to me). I am a purist when it comes to Land Cruisers, Jeeps, Land Rovers, etc., so for me I want something that is functional and not as blingy. Don't get me wrong, my LR4 has a lovely interior, very comfortable, some nice luxury features, but it's still pretty simple overall. Still, the electrical stuff and air-ride suspension scare me at times! ;-)

There are a few newer model Land Rovers in our club and a few older model - also a few awesome Defenders, which are incredible. I would say that the newer Land Rovers are overall more reliable than the older models, especially post 2010. I've actually had two LR4s and both have been rock solid, awesome off road, and just great vehicles. If you do look at older Land Rover models, it helps a LOT to be a bit mechanically inclined. Most of the guys in our Land Rover club with older rovers tend to be very good at tinkering and fixing them on their own.

I currently have almost 13,000 miles on my 2013 LR4. I actually ordered it because I wanted the heavy duty package (has the locking differentials). A lot of my miles is from trips, as I tend to ride my bike to work. I will say that the LR4 is a tougher build because there are just not a lot of options out there and most come from places like Australia. With that said, I have a long list of modifications and updates. These are highly capable vehicles, but they are pretty expensive, and still may have some reliability issues, though things are a lot better.

I can definitely answer other questions or anything about rovers, as I know they sometimes get a bad reputation and known as mostly mall crawlers, but they do have some brilliant engineering and capability. Then again, the newer Land Cruisers are also basically mall crawler soccer mom trucks and just as expensive.

Here are a few recent photos - working on the rear tire swing away in the new year..... 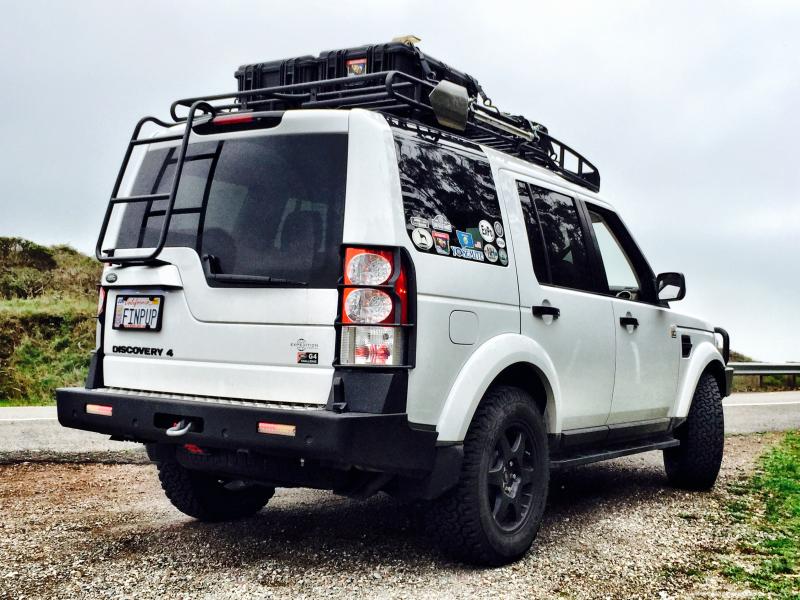 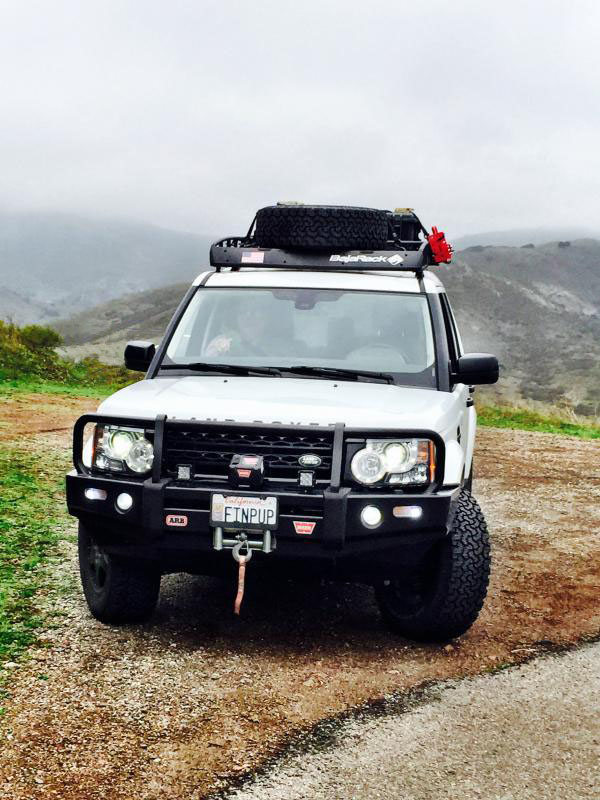 Done! I'll have to make that easier! 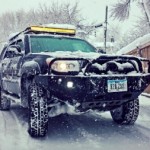 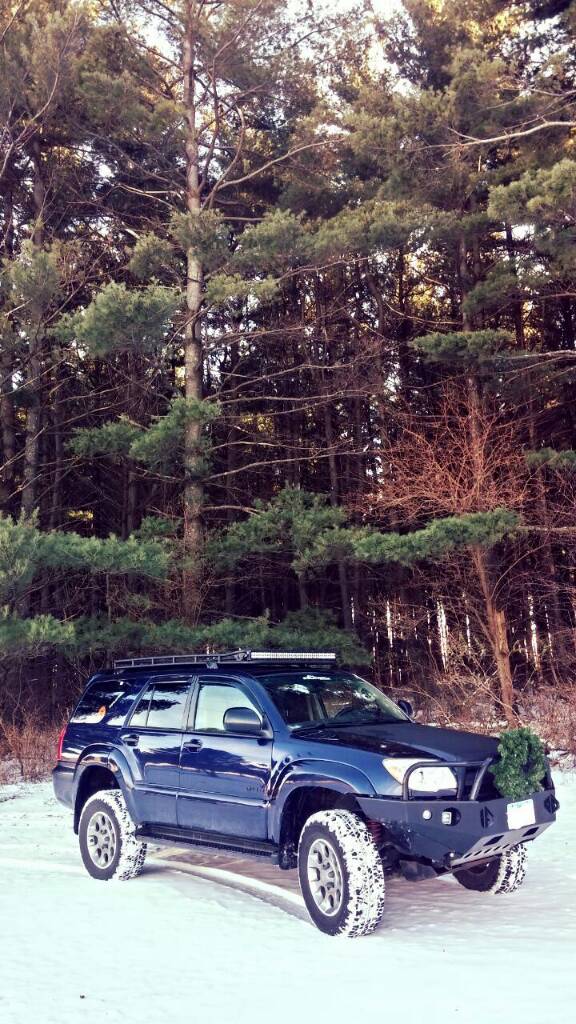 Dig the rig! Love the 4runners. Work for a Chrysler dealer and a bit of a jeep guy but first truck was a Toyota and see another in future.

That's a great rig! Looks like you went with the Gobi Stealth with LED - that is a great combo. How do those LEDs light up the trail?

@Wilson Jeeps, Toyotas, love em all. What do you have now?

@Wilson - thanks. Yes I used to work at a Jeep dealership and they would always try convincing me to trade out. My response was always when you make something as reliable as mine I might considerate it. But with how grand cherokees and cherokees are looking these days. . I will pass.

@Michael - Thanks actually love the roof rack. Was custom made by a forum member with a full length steel floor and removable section above the sunroof. He fabricated it so it simply drops into the factory mounting points and I didn't have to drill into the roof. Love the low profile and he fabricated the bars around the 40 inch light bar I purchased for it. Love how it is at night on the trail

@wadle5 Awesome - I am going to share that fab shop link on the fb page.

@Wadle5- I have had as many Cherokees as I have Toyotas and not found one to be more reliable than the other, of course '01 is as new as I have had of either brand and never had a Grand Cherokee.  Never had a really nice rover such as David's but I would give that a try as well!
J

New to the site.  Currently running a 07 JKU but we are building out an 88 Grand Wagoneer 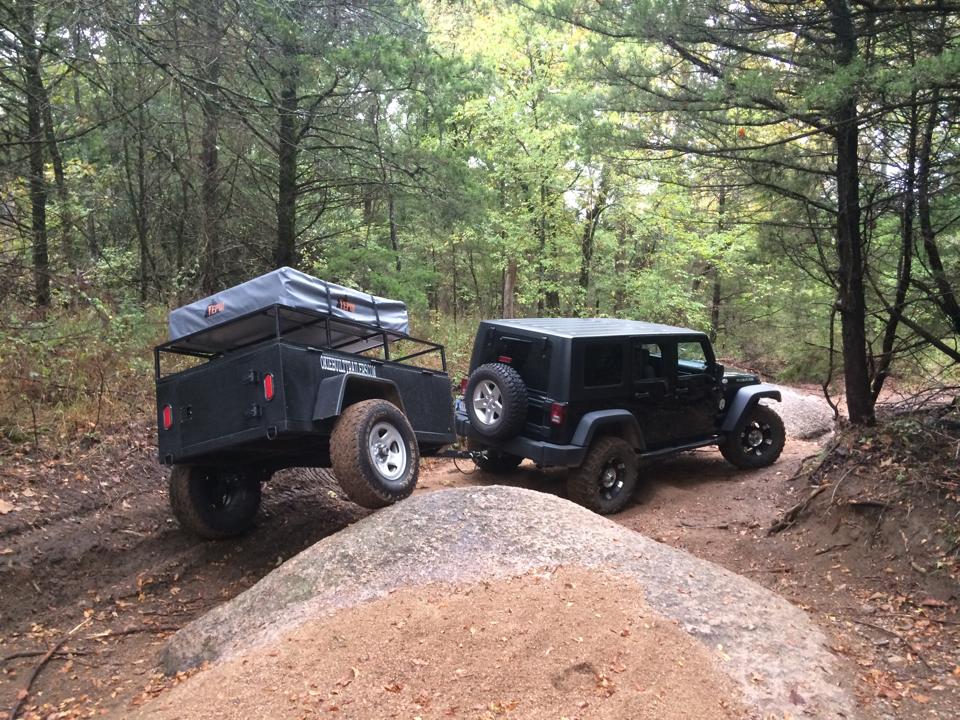 Here is the humble beginnings of our Grand Wagoneer build.

Nice to see another jeep guy! Love the the old wagoneers, grew up in the back of a late 70's one of these, please keep a thread going on build.
Reactions: Ngneer, MattLew, DoggMan1163 and 1 other person
J

Hey thanks!  I have a build thread started here.  Nice to meet you.
Reactions: DoggMan1163

Jason, that is awesome! Love the trailer! I've thought about something like that myself! Would love to see more pics of the wagoneer as it makes progress!

Thank you sir.  I actually own Okie Built Trailers and should you need any help when the time comes be sure to hit me up!

The wagoneer will be a process but you bet, I do not mind posting some pics up.

@Jason, I love the Wagoneer and your Adventure Trailer. I've thought about getting one myself! Nice pics. Cant wait to see your Wagoneer as it progresses!

Look what came in! Thank you. 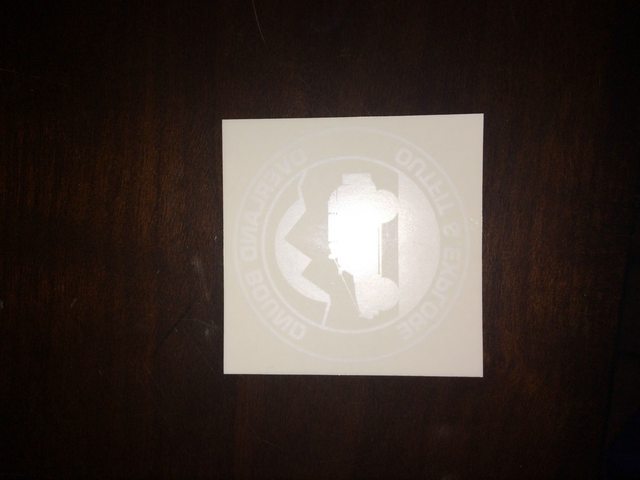 2000 4Runner Locked. Roaming the Central Coast and trying to find more trails available...I have a couple trips planned in the next few months that will take me into the Big Sur hillsides. (thanks for the maps and ideas, Michael...I'll fill up a jerry can and skip the $7.00 gas!)
I love that there are the jeep guys, Cruisers, the sweet LR4, but how cool is it to see a Wagoneer build?