Let's get the important bits out of the way.
YOU MUST HAVE AN AMATEUR RADIO LICENSE FROM THE FCC (In the United States) OR FROM YOUR HOME COUNTRY TO USE ONE OF THESE.

Now that's that's out of the way, I'd like to talk about the Byonics Micro-Trak RTG which is a 2m APRS Transmitter under automatic control.

The whole package comes with the Transmitter, a small magnetic antenna, and a magnetic GPS unit.
The 10W Transmitter connects to the GPS via RS-232 (Serial), a Cigarette Lighter for power, and the Antenna via an SMA connector. 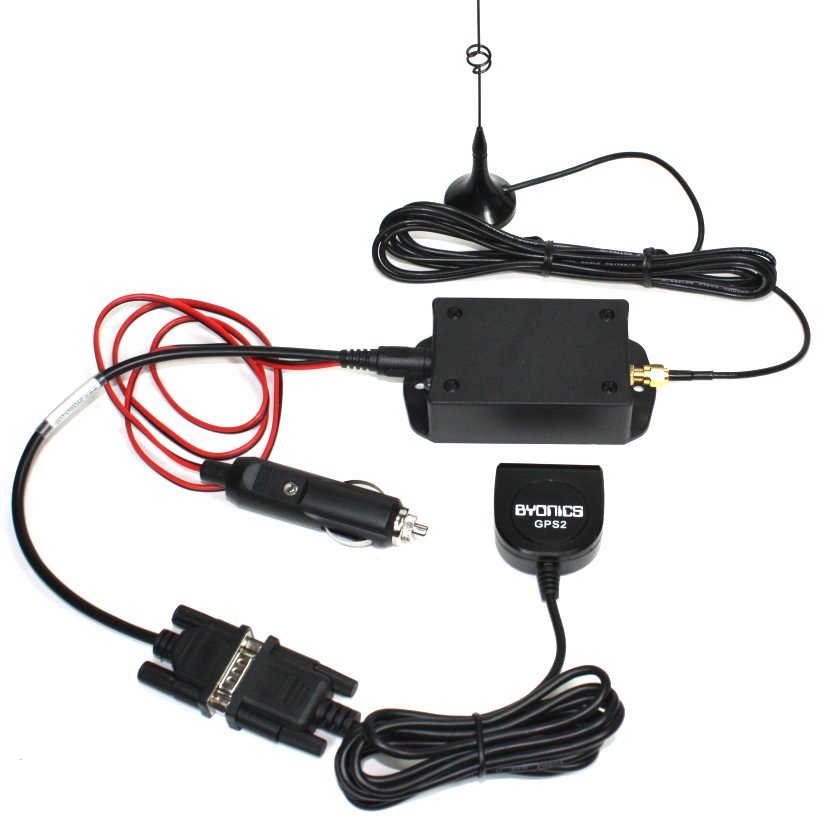 I had previously had experience with another "all in one APRS unit" from Argent Data Systems. In my opinion the two units are comparable with the Byonics unit putting out a little bit more power. This is a deceptively small transmitter. It's really no larger than a GoPro camera and really is something that once configured you can forget is in the vehicle.

What is APRS, and why do you care?

APRS is the Automatic Packet Reporting System. In a nutshell the NEMA2 data that streams out of the GPS is encoded, and transmitted over a standard frequency every 2 minutes. There are numerous fixed receiver sites that fall into one of two categories. Digirepeaters which store and forward received packets (usually from much higher antennas, with much more power.) and iGate internet gateway sites. These sites receive packets, and insert them into the APRS-IS (IS = Internet Service.) If you Click Here a map should come up that shows the location reports of my Breakfast Taco for the previous 24h.

While Overland, or on Trips APRS can be helpful, as people who want to track your progress may be able to as you pass through areas with iGate receiver sites, or within the range of a Digirepeater that then reaches an iGate site.

This can also be used if you're in a Caravan if you have multiple APRS transmitters, you could put all of them on a non-standard frequency, and receive them in one vehicle, and plot them on a map yourself. This could be handy while you are spread out exploring a park for instance, and opens the door to knowing exactly where a stranded vehicle is in the event someone needs help.

There are many cases where Ham Radio groups volunteer for Bicycle races, and Relay Races (etc.) Many times a Ham will ride along with the SAG (Support And Gear) trucks, and many times those SAG trucks will have APRS on-board so that the Ride/Race Control Room knows where their support vehicles are in real time.

Anyway I hope this has sparked some interest. I'd be happy to discuss in more detail or answer any questions you might have.

Originally I installed the transmitter in the cubby under the rear seat on the drivers side. I have since moved it to INSIDE the truck, between that plastic cubby, and the sheet metal surrounding it. It's now entirely hidden inside the truck. 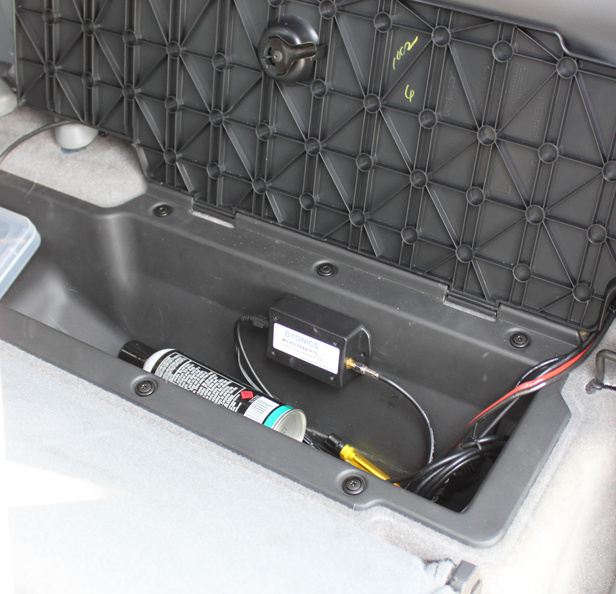 GPS Antenna on the roof. 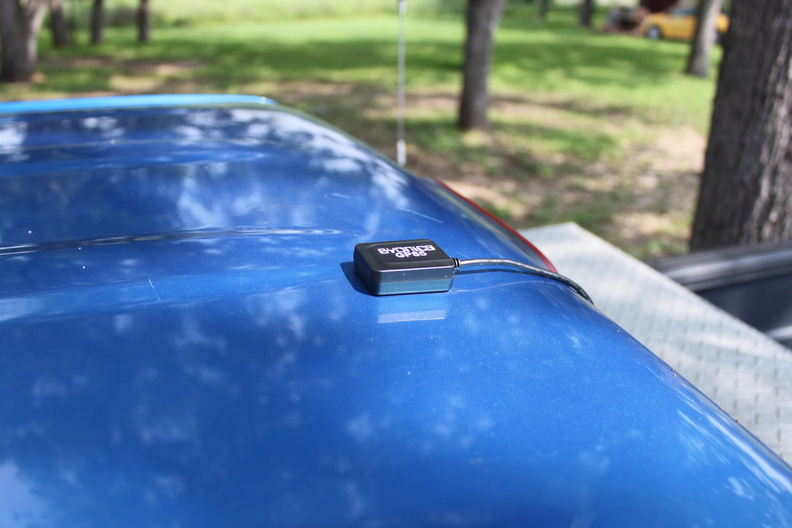 I upgraded the antenna for my APRS transmitter. The Mount is on the passenger side, attached to my truck bed tool box. 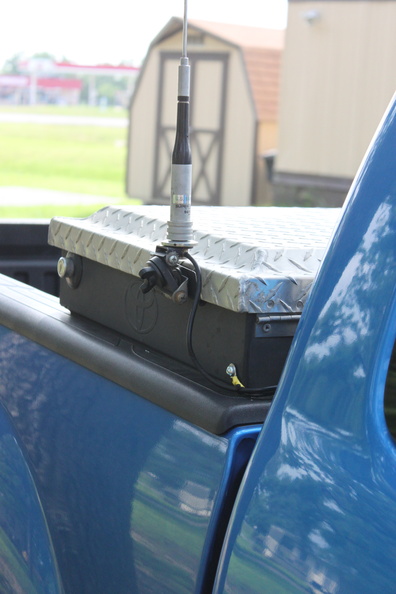 I don't have an amateur license, so please excuse any obviously stupid questions on my part. I am familiar with the SPOT satellite transmitter for tracking your travels, and transmitting to love ones back home on a map. Other than being radio base rather than satellite, how are these two technologies different? We were considering a SPOT for our travels.

APRS and satt comm both accomplish tracking but to different levels of detail, dependent on equipment with both. APRS is only serviceable where there is amateur radio repeater coverage, for your equipment, for your country of origins specs. Satt comm..........well, clear sky. Not to knock amateur radio, for the average consumer able to run a smart phone, I would go with satt comm / SPOT / InReach.
Reactions: Steve

For a "remote help" and "remote tracking" stand point I agree with Mad_Garden_Gnome. The capabilities offered by APRS are improved when you think of it in a small, group aspect. If "base camp" or the "lead vehicle" includes an APRS receiver site, and tracking software, you now have a self contained within the group set of tools.

I think there's a place for both. From a pure "I need help" stand point I think Spot and Sat Phones are tough to beat.

Absolutely. I wanted to keep my explanation simple, which is why I didn't go into multi Ham unit operations.

Thanks for the explanation!

I'd looked into getting my amateur license when I started doing National Weather Service storm reporting, but never followed through. I already have too many ways to spend my money and time, and another interest would just spread that out thinner. A SPOT or similar sounds like the way to go in the short term.