I purchased my H3 in 2010 because my jeep decided it wanted to be a submarine. It was good timing because I was on medical leave for a shoulder surgery. My family drove me from Delaware to our home in Indiana to recoup from my surgery. While on leave in Indiana, I bought the H3 because I wanted something unique and capable for off-roading. 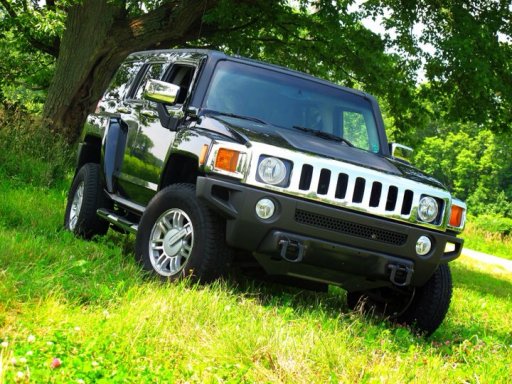 This was taken the first day I purchased it. As you can see it had a lot of chrome on it, that would be corrected quickly. I ordered a few parts for it a couple days before I picked up the vehicle so I could begin the transformation. 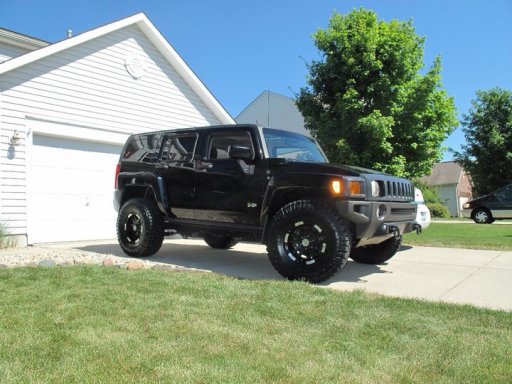 My parts arrived the next day and I brought it in to have them installed. I put 35x12.5x16 Goodyear Duratracs on to replace the stock 31s it came with. I switched out the rims to a set of MotoMetals for a more blacked out look. While it was in the shop, the door handles and mirrors where replaced for black versions. The running boards where removed for more ground clearance. The big change was the front grill. I wanted something different than the all black version that was popular, so I opted for a dark flat gray that matched the steel bumpers. Gas mileage definitely went down because of the tire change, but that was ok. Upon my arrival back in Delaware, I added a few more modifications to make it stand out. 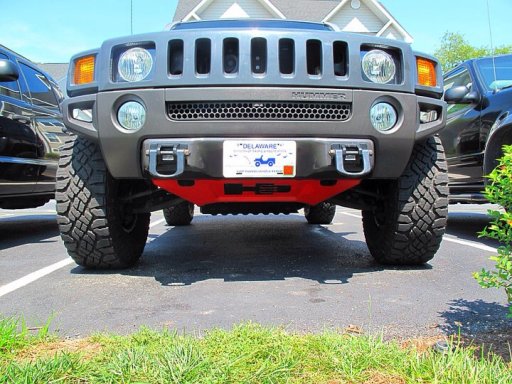 I painted the front skid plate red to add some accent and outlined the pressed H3 logo for a more professional look. 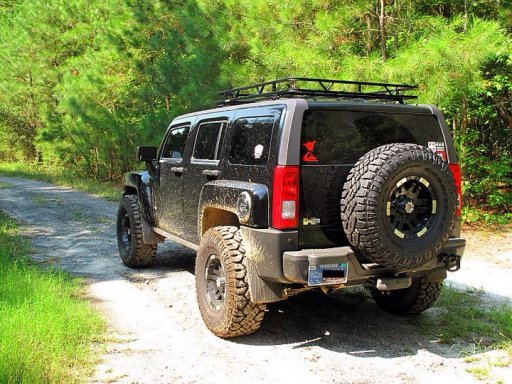 I purchased a wilderness basket to add more room for fishing/camping gear. 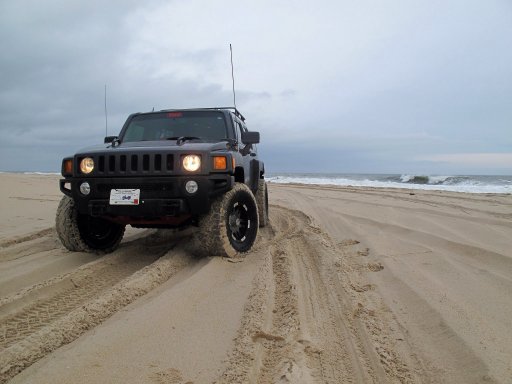 A couple days later and I added my CB radio which I mounted the antenna to be symmetrical with the stock radio antenna. I had to modify the CB antenna bracket to fit in the spot. The location provides protection to the mounting point because it is behind the front fender. The antenna is a Wilson Flex so I did not require the spring adapter. The radio itself is a Uniden 980ssb which is hidden in the center console. The location is nice because it doesn't interfere with vision and it looks clean. With the lid of the center console closed, I can still hear everything clearly. On the hood, I added handles which I bolted through the metal so they can be functional, but they are mainly for aesthetics. At this point, I also leveled the torsion keys so the front had more ground clearance. This gave it a much better stance. 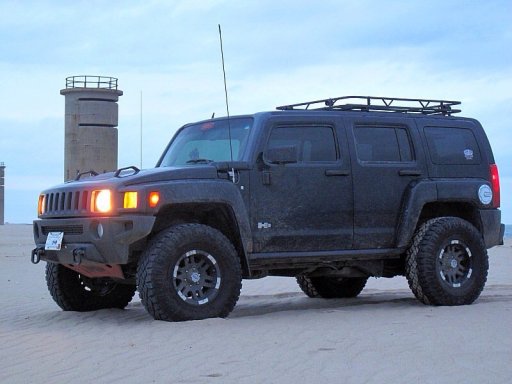 Better view of the CB antenna mount and location.

After a two week Overlanding trip through Massachusetts, New Hampshire, and Vermont, I wanted to add extra lighting to increase my visibility at night. I purchased the OEM rooftop light bar because I got a great deal on it. The lights greatly improved the lighting at the front of the vehicle. I also purchased and installed OEM front and rear lockers and a 4.10 transfer case. I also purchased a Purple Cranium rear differential cover because I had a small leak from bouncing case off a rock somewhere along the trip. The cover is the same color as the front skid.

Since I lived in lower Delaware, we where prone to flooding. My USCG station was on a small peninsula that had the ocean on one side and the bay on the other. The highway and roads leading to the station would be underwater. With being first response personnel, we still had to make it to the unit even with the flooding and conditions. The National Guard vehicles where located on the other side of the inlet so they could not taxi our members to our station. With the flooding and severe sand erosion, I purchased an ARB safari snorkel so I would be able to cross the flooded zones. My vehicle was given the nickname "Hurricane" because it was the only vehicle to make it to the unit through the flooded streets after Hurricane Sandy. 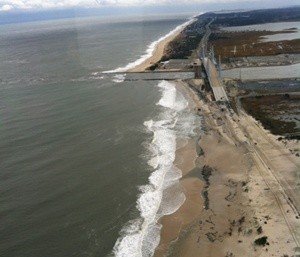 This was taken the 2 days after Hurricane Sandy passed. Around 400 yards to the right of the bridge is our CG station. As you can see, the roads leading to the bridge are completely covered in sand. 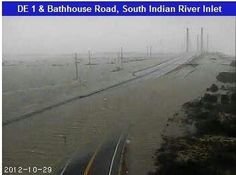 This picture was taken during the hurricane. As you can see the ocean has covered the road and merged with the bay to the left. This picture was taken on the opposite side as the above picture, so my station became a tiny island to the left of the bridge. The bridge was closed to all personnel because of the possibility of unknown damage. The National Guard base is on the south side of the bridge, my unit is on the north side of it. 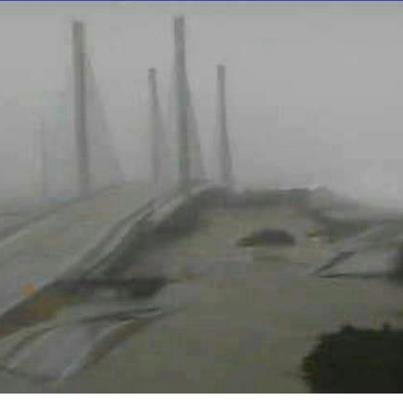 Zoomed in picture of the flooding at the bridge. On a normal day, there is 40 feet clearance between the bottom of the bridge and the water. At the peak of the storm, there was about 15 feet clearance. 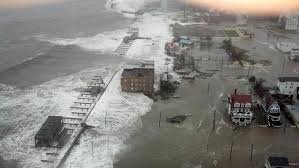 The towns along the coast were flooded so I had to travel through them to get to my unit. 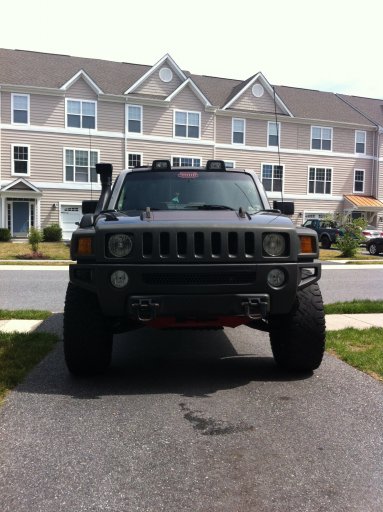 This is a current picture of my rig. It has been awhile since I have added any new modifications but plan on doing suspension upgrades and getting an ARB bumper with a winch and new tires. Dashboard hula girl is an essential modification if you live on the beach! I will also upload some pics from my Overlanding trips!
Last edited: May 4, 2016
Reactions: Huerta32 and Truckerbizz

Sweet Hummer! I have never been a fan but this one is awesome!
Reactions: Daniel Etter

Truckerbizz said:
Sweet Hummer! I have never been a fan but this one is awesome!
Click to expand...

This is a very very clean, and well done rig. I like it!
Reactions: Daniel Etter

Another hummer yay that's at least 3 of us now

@cash9300 it's nice seeing people using them for what they were built for! Are you on CHO?

Daniel Etter said:
@cash9300 it's nice seeing people using them for what they were built for! Are you on CHO?

I'm not sure what cho is really

Club Hummer Offroad forum, it's got a lot of info on modifying hummers for offroad

LOVE that you killed all the chrome. I have seen one of those here that looks like they went crazy and ADDED chrome. I also have a strict no chrome policy (but luckily Land Rover doesn't use chrome.)
Reactions: Daniel Etter

Good looking rig. Seems to be a very underrated set up also. We had an h2 (mall crawler) for a few years, I still wish they still made them. They had an h4 concept that was awesome. Have you seen the h3 build with the custom slant back?

That thing is awesome. I still really like the h3 pickups. You really don't see them much. The 1st one I saw was up in Alaska. All blacked out, just had snow flying everywhere romping thru some new powder. I've been in love since lol

I would've loved to have gotten one but price and finding one stopped me. I have seen two in my area but unfortunately they're both street queens

mbwesner said:
LOVE that you killed all the chrome. I have seen one of those here that looks like they went crazy and ADDED chrome. I also have a strict no chrome policy (but luckily Land Rover doesn't use chrome.)
Click to expand...

Vandy said:
That thing is awesome. I still really like the h3 pickups. You really don't see them much. The 1st one I saw was up in Alaska. All blacked out, just had snow flying everywhere romping thru some new powder. I've been in love since lol

There's an H3t that is setup similar to my rig in town. I've seen it a few times but haven't had a chance to talk to them.

@Vandy @cash9300 I heard a few months ago that GM is debating on launching a version of the H3 Recon to compete with the wrangler. I think they said it would be a GMC if they did launch it.