We use 2 North Face Tents, for all seasonal use
Need good quality tents for Norwegian / Iceland highly changeable weather....

North Face Himalayan 47
This is the "main" tent we use, and is a 4-5 person tent.
Had it for 15 years, and is really "bomb proof" for bad Norwegian / Icelandic conditions
Very roomy, high quality kit, no breakages or issues in 15 years use.

North Face Mountain 25
This is a lighter weight 2 person tent.
Had it for 5 years, and is also really "bomb proof" for bad Norwegian / Icelandic conditions
Extremely well designed, high quality kit, no breakages or issues in 5 years use.

Photo of use during recent Iceland Arctic Trucks Expedition (www.ice2017.no) 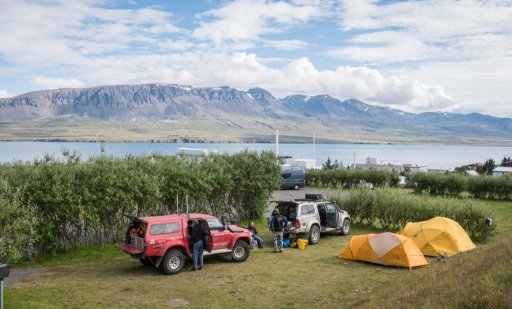 MOAK said:
The Kimgdom 6 kept us dry, kept the sand out, and stayed relatively warm on cold nights.. It also held up exceptionally well in those nasty 40 mph gusts that are encountered in the Moab region..simply put, it's a very good midrange tent . I know my kids and grandkids will enjoy it.. Ty for compliment.. Peace !!
Click to expand...

I agree. I've had a Kingdom 6 for over 5 years and it's been a great family tent. Not built for 4 season, extreme weather, but good for 3 season use.

Five year activity duty as an Army Aviation officer afforded me opportunity to spend weeks on end in this off the grid palace.

With a platoon of men, setting up a GP Medium is a breeze and is actually quite comfortable , especially in winter with the pot bellied stove going strong. Since then I've done my fair share of backpacking camping out in ultralight tents but I never cared for sleeping on the ground even with a sleeping pad and always missed the comfort of a canvas walled tent.

With my Jeep I started to get into tailgate camping more and the weight of the gear became less of an issue. I picked up an REI 6 man tent that typically just housed myself and my son giving us plenty of room for all our gear and tall enough to stand up in. Eventually I added a couple of military style cots and my comfort level improved exponentially. 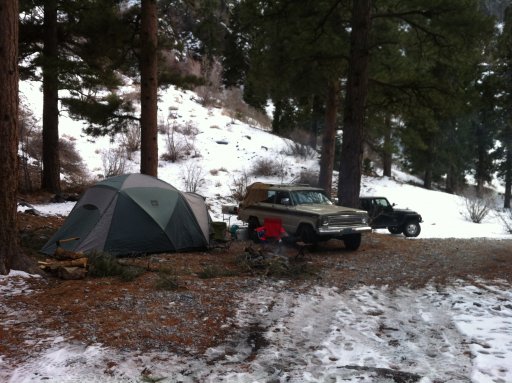 A few after that the challenges of the limited cargo capacity of a Jeep TJ got me thinking about a trailer. I was lucky enough to score a CDN M101 trailer locally that was in excellent condition which soon became an expedition trailer project. 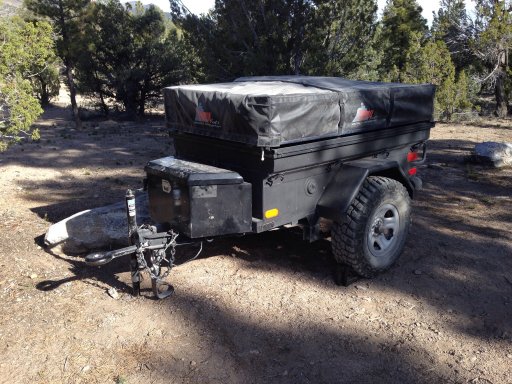 This is when I first became familiar with roof top tents. With a trailer it was the perfect platform to add this to my gear. My first RTT was a standard Tepui Kukenam which I eventually upgraded to a ruggedized Kukenam XL. I have never slept so well camping as I did when I got my RTT. However, the limitation of a trailer mounted RTT is that is really only useful as sleeping area because it is too low to add an annex. Because of this I've continued to use my REI tent as a changing room and gear storage. I'll also bring along a small canopy for the camp kitchen. 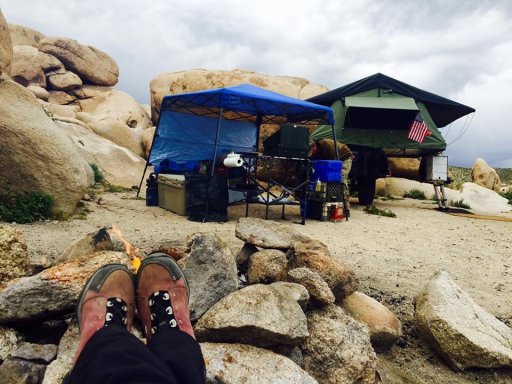 With all my gear I've always believed you get what you pay for. While I try to find the best bargain I can, I will "buy once, cry once." Forums like this have been invaluable as I've researched gear and listened to the experiences and advice of others.
Reactions: LR4ME
You must log in or register to reply here.
Share:
Facebook Twitter Reddit Pinterest Tumblr WhatsApp Email Link
Top Bottom