I love out west and as a kid, I lived in Arizona, New Mexico, Colorado, Cali, and Texas. My sister-in-law and her husband just bought an R-pod camp trailer and wanted to take it on a fairly long trip, so I took them out southwest and this is the trip we did. For all the eastern folk who are interested in going out west, this is a great recon route to see a lot of what is out there and then after seeing it, you can pick the areas you like best and focus on them for your next trip....

We left home (hour south of New Orleans) and drove a good 13 hours until we hit a rest area about 20 miles past Fort Stockton, TX on I-10. Nice rest area with clean rest rooms and an attendant on site along with a bunch of semi trucks parked there, so it was very safe. Spent the night and then continued on I-10 and then at Van Horn, took 54 North up into the Guadalupe Mountains. There aren't any vehicle trails to speak of, but there is hiking, camping and some sights to see throughout the mountains. The road continues into New Mexico and goes to Carlsbad Caverns, which is always a favorite. After seeing the caverns, you can boondock on BLM land that is just a few miles from the caverns. There are rangers at Carlsbad Caverns that gave us a map showing what areas we could boondock in. After that, we headed to Artesia and then hooked a left taking us to Cloudcroft, which is a ski resort area that didn't have boondocking , but has a lot of private camp sites and a few state camp grounds. From there we headed to Santa Fe and saw the oldest church in the US along with a lot of interesting shopping and a lot of galleries that have everything from sculptures, and jewelery to paintings and of course some great places to eat. From there, we headed north to Taos which is basically a mini version of Santa Fe, with a lot of artist shops and restaurants. From Taos, there is a loop that Hwy 38 makes that goes up to Red River, which has a nice camp ground right on the lake and comes back around thru Eagle's Nest and back to Taos. There isn't any boondocking in this area, so we turned at Questra and went into Rio Grande Del Norte and camped there at the national park for $7. It had a vault toilet and a couple hose bibs scattered around so you could get water for cooking and cleaning. There is also an amazing hike there that goes down into a gorge with a river at the bottom.

From there we got back on Hwy 38 and headed toward Taos and then turned on Hwy 84 and headed north to Chama and Pagosa Springs. A very beautiful route that looked to have a lot of dirt roads going off the highway that looked like good areas for boondocking. From there, we went into Durango and then took Hwy 160 to Mesa Verde Nat'l Park. No boondocking, but they do have pay camp sites and some excellent views of the ancient cliff dwellings. Definitely worth the drive.

Then we headed back to Durango and stocked up on groceries and then headed about 15 miles north of Durango to Haviland Lake campground. Its a state park and costs $24 a night, but it is a very nice park that has vault toilets and water with some sites that have electricity for another $8 a night. One of our favorite campgrounds.

From there, it is north again on the World Famous Highway 550 (The Million Dollar Highway) which is a very gorgeous drive thru mountains with a LOT of dirt roads going off the highway and out into the wilderness. There is a good bit of boondocking and trails to take, including several passes that are marked for 4X4. This goes to Silverton and continues up to Oury which is famous for it's hot spring bath houses and scenic surroundings. A few miles past that is Ridgeway and we spend a few nights there at the Ridgeway State Park that is around $30 a night for electric and no water, but with a bath house and laundry. Its a good central location to stay and then go exploring in the area, like seeing Telluride, Oury and about 20 minutes to drive into Montose. From there we went north to Montrose and checked out the Black Canyon, which is the 2nd biggest canyon in the US and quite breath taking. Then we jumedp up to Grand Junction and got on I-70 west into Utah and then went about 50 miles and dropped south on Hwy 191 to Moab and the Arches National Park. Moab and the Arches were both packed and the Arches would get closed around 10am because it was full. We waited and went in the evening and it was a lot less crowded and cooler. Then we headed south to Canyonland National Park and then west to Capital Reef, Grand Staircase Escalante National Park and then west to Bryce and Zion National Park. The parks are national and cost $30 a vehicle to get in, but you can get a yearly pass for $80 which is a savings if you are going to several parks during the trip. The wife and I are both vets and we did get a free pass at Carlsbad Caverns that is also good for any national park, so we saved $30 each national park we went into and saved $15 a person admission to the caverns. (Hell, up until now, the only thing I had gotten from being in the Navy was bad haircut!)
We camped at Canyonland Park, UT for $24 and it sucked. Vault toilet that was nasty and no water or electricity and it was packed. We later found a great boondocking spot on Hwy 12 about 3 miles north of the town of Escalante. Bryce and Zion are nice parks to visit, but they are extremely busy. Zion wouldn't let people drive thru the park and sightsee, but made everyone pay to use a shuttle to see everything. Kind of not much fun that way, but still worth doing if you are there.

After all of that, we took the scenic way over to Kanab and then down to Flagstaff. There are a lot of scenic places to stop along the way as well as quite a few Native American shops to see. The wife loves Native jewelry and managed to load up on quite a few pieces of silver/tourquoise as well as some paintings. Figure these are also some really great folk to support by buying from them. About 12 miles before getting into Flagstaff on Hwy 89, there is a great boondocking area on the right (directly across from Sunset Crater) There isn't much to see, but it is a great place to sleep and it is close to Flagstaff and I-40. After sleeping there, we headed to Sedona and got a very nice room and soaked in a hot tub and ate Mexican food all day long. If you do end up in Sedona, you gotta check out the Javelina Cantina.

After Sedona, we headed south to Camp Verde and over to Payson and eastward thru Show Low and across New Mexico and back into Texas and then sadly, back into south Louisiana and the swamps of home. I have more pictures to add later, but this is a great route to take and offers something for everyone.

The Javelina Catalina is by far some of the best food I’ve had , had a way better time there than we did at the Grand Canyon. There’s just something magical about that place reminds me of lot of what the town of bend in Oregon used to be like.
Reactions: grubworm 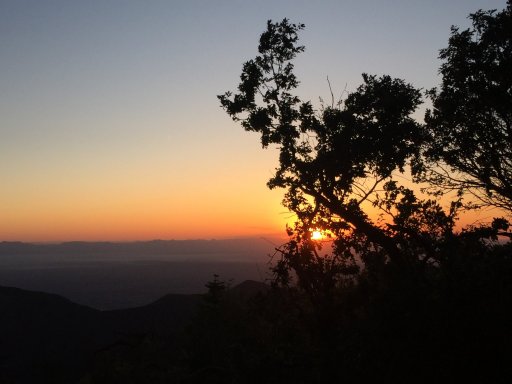