After selling both a YJ Wrangler and an XJ Cherokee, I stumbled across a deal that will probably never happen again. A 2001 Grand Cherokee Laredo with leather (in terrible shape), sunroof, V-8 and Quadra Drive. It had a blown brake rotor (someone used knock off slotted and cross-drilled), a budget boost lift, decent tires (32" on JK wheels) and a brush guard. For a whopping $100. He wanted more, I waited him out and gave $100.
A few hours later I had a full front brake job complete, as well as the build sheet from Jeep. I proceeded to put 4,000 miles on it, some in creek beds, others while towing a trailer as I moved from one town to another. All in all it was money well spent. Until it wasn't.
In September of last year I was going to dump it, since I was in it cheap and had 6 other cars, and when the buyer came to the dealership I worked at to drive it, the starter made noises like it was full of gravel. (Potentially a true diagnosis, how else do you treat a 4x4 you have under $400 invested in?) Needless to say, it didn't sell and sat in the back of the dealership for the next few months, until I took a manager job at a dealership in Bowling Green. I towed it down here from Cincinnati, and in the evenings slowly began the long journey of getting it drivable again. I decided to commit to it, even though I really wanted a Range Rover Classic for an Overlanding rig. My justification was cheaper parts, more reliability, and it checked all the right boxes.
So, the plan was hatched to make this a capable wheeler that I can hop in and drive to trails and campsites through out the country. Every engine sensor, trans sensor and ECU was replaced, along with an injector, a coil pack and spark plugs were all replaced. Since the old exhaust was junk, we welded on a Cherry Bomb since it has no sharp edges that a rock can grab onto. The redneck engine noise is a lovely byproduct.
Once it was up and running (2 weeks ago), I began the fun stuff. I started with a Kevin's Off-Road spare tire carrier on the roof (HK Kratos was preferred, but the wife is 5'3" and 130 lbs.) which incorporates Hi-Lift jack mounts as well as a shovel. Sean at Bad Apple Fabrication made the mounts for my 40" Rigid light bar, a JBA CB antenna mount was added, as were a bunch of light cubes from Amazon.
One of our stores took a 2002 GC in on trade with a much nicer interior, and a crap engine, so I did the interior swap for aesthetics and comfort.
Next on the agenda is quarter panel armor with rub rails, monsta liner paint job, and Kevin's Off Road low profile transmission mount.
Reactions: pcphorse88, dj_mccomas, maxfederle89 and 3 others

Are they hosted here or photobucket?

When I bought it. 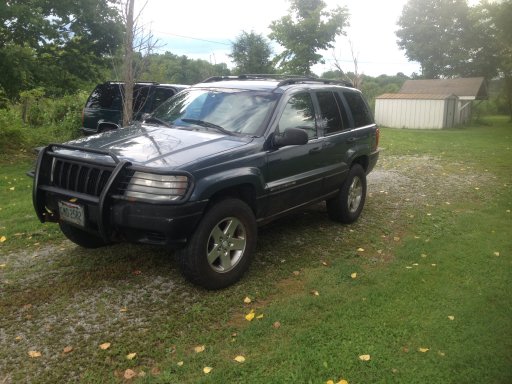 In it's natural state: With the hood open. 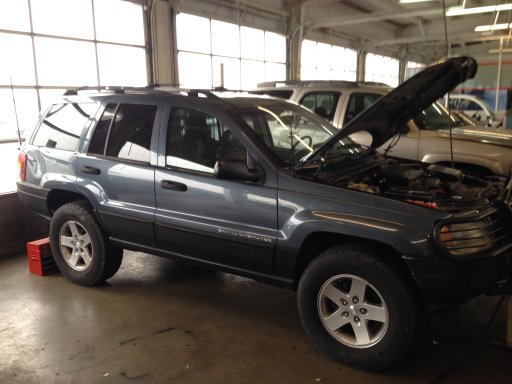 From these disgusting seats 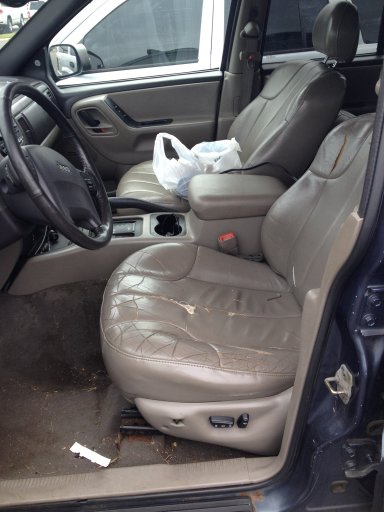 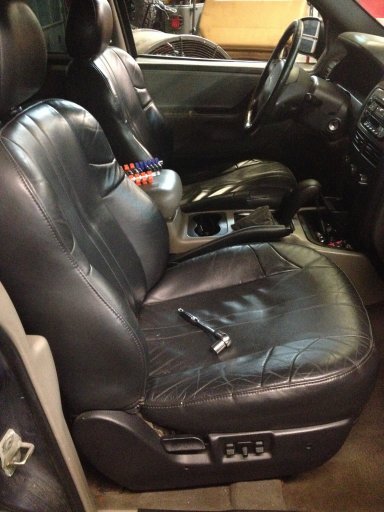 If you ever want to know how gross you are, pull the seats out of your car. Yuck.
Reactions: maxfederle89, ASNOBODY, WJ - Firefly and 1 other person

The light bar mounts made by Bad Apple Fabrication. These took a little while due to scheduling, and he does them to order, but he communicated very well throughout the whole wait time. And I LOVE instant gratification. Ultimately, I'm glad I waited. 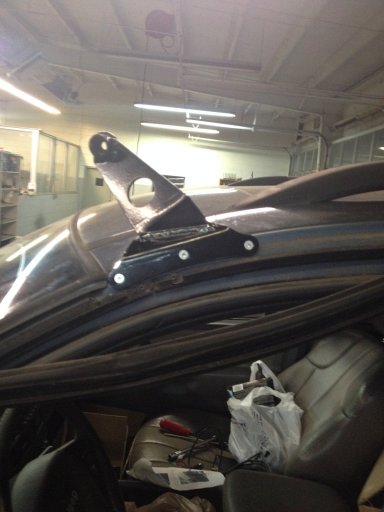 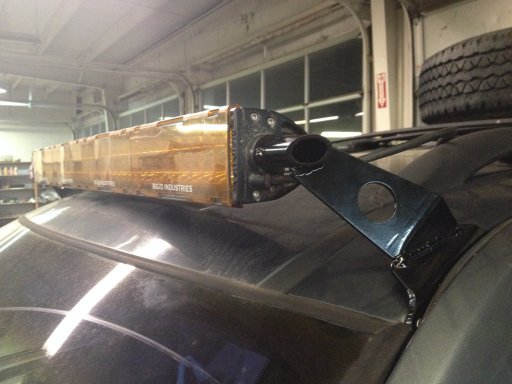 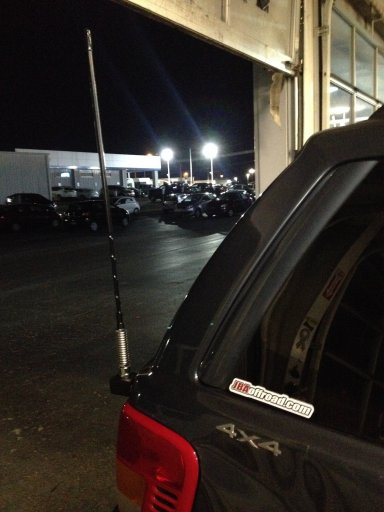 As it sits, right now. Battery dead. It's always something. 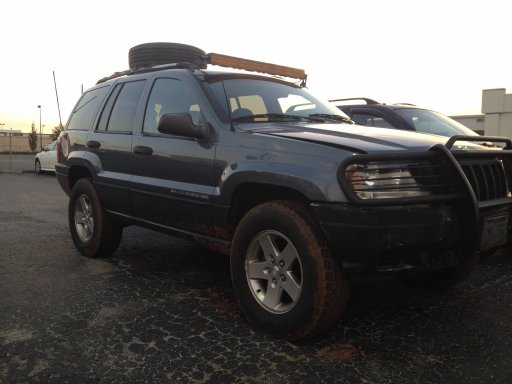 Looking good! We love our WJ (Jypsy). As with your previous rigs, DW is bred into its DNA.

Thanks, Laud! Yes, I'm ready to deal with death wobble, surprisingly it has only done it once, and it was with a trailer behind it, so you can imagine the pucker factor. I'll finish wiring the rear lights and bumper lights tonight, and help a dude with his XJ light bar. I'm hoping to get to mount my CB permanently, as well as the GPS tonight. Apparently I need to chase down the electrical drain.
Reactions: dj_mccomas

Just had to put a battery in mine last month, but it was the battery that came with it when I bought it three years ago, so I think it did OK.

WJ - Firefly said:
Just had to put a battery in mine last month, but it was the battery that came with it when I bought it three years ago, so I think it did OK.
Click to expand...

Yeah, I'd say you got your money's worth out of that one. 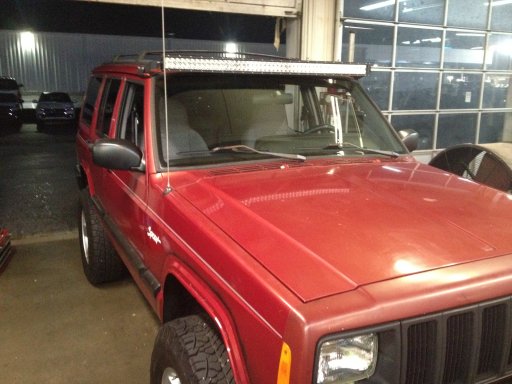 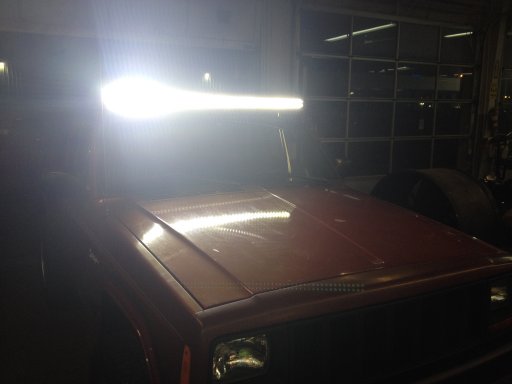 We pulled the Grand into a service bay to charge the battery, and while at it, I installed a light bar for a kid that works for me. We had a conversation while doing it about OB, so he may join soon.
Reactions: dj_mccomas, maxfederle89 and ASNOBODY 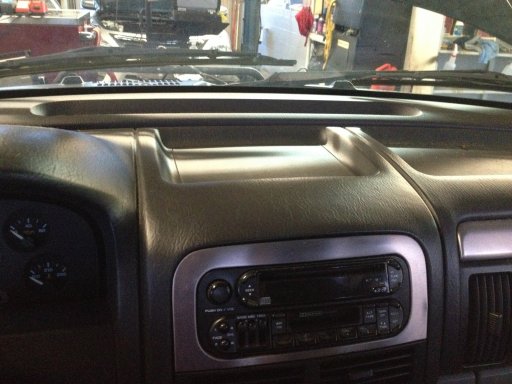 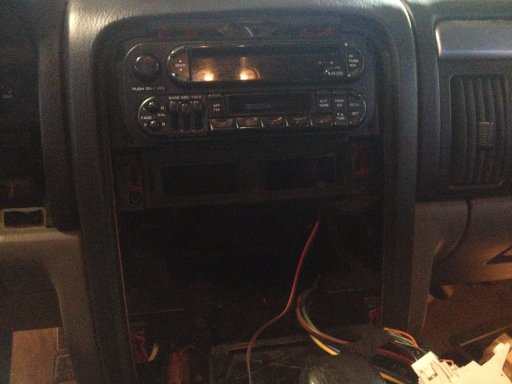 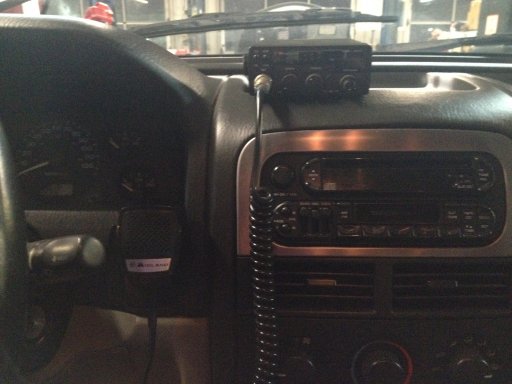 Decided to pay a little attention to the interior tonight. Wired up the CB and mounted it. Still debating the antenna cable routing. I'm open to suggestion. Sorry for the poor lighting.
Reactions: maxfederle89 and Hernandez

Down the driver side and out the DS tail light area. Have to build an antenna mount and trim the light housing a little.

Laud said:
Down the driver side and out the DS tail light area. Have to build an antenna mount and trim the light housing a little.
Click to expand...

I have the JBA antenna mount already on, just debating do I run it up the center and drill a hole in the top of the dash, or route it up the passenger side and use the cable as the seal for the tweeter cover?

Sent from my SM-J320V using Tapatalk

Sent from my SM-J320V using Tapatalk
Click to expand...

It's a budget boost, I measured 3" on the pucks. It's rolling 265/70/17 tires, which should be around a 32" tall if memory serves. Ride quality is better than my Yukon. And , thank you.
Personally, if you're not going to be going super technical trails, some DIY sway bar disconnects and a BB lift should be fairly capable. I'm sure there are people on here that have more WJ experience than I do.
Reactions: canadianoverlanders and maxfederle89

Vertigo said:
It's a budget boost, I measured 3" on the pucks. It's rolling 265/70/17 tires, which should be around a 32" tall if memory serves. Ride quality is better than my Yukon. And , thank you.
Personally, if you're not going to be going super technical trails, some DIY sway bar disconnects and a BB lift should be fairly capable. I'm sure there are people on here that have more WJ experience than I do.
Click to expand...

Did you switch shocks? I'm only asking because some people stick with 3" with new springs and shocks and say the ride goes downhill. But if you really like the ride that's good to know. My research lead me to conclude I would need a 4" lift to run a 32 (255/75-17 off a JK) but maybe I don't need to.
I'm not planning on super technical stuff. I live hours from any serious ORV and it's a serious road trip to go to aomething like the Rockies. So, I'm starting to lean towards your way of thinking.
Thanks for the advice! [emoji106]