Greetings all. I am just starting my research and information gathering for overlanding. I am the quintessential libra, and making up my mind if ridiculously hard.

My main reason is that I am a bit of a prepper. Overlanding rigs seem to be the best bugout vehicles and I and here to figure our what I will be purchasing. It's just my wife and I that I am mainly concerned with. So even if I have other seats, they would probably be taken out to make room for other essential things. Basically, I am not going to be getting a suburban or anything. We might be getting a small/medium size pup in the future though.

My main goal up until now was to get something that is super low tech. I mean roll up/sliding windows, hydraulic or no power steering... You get the idea. Old school diesel engine that is as close to EMP proof as I can get it. I have really been looking into an imported old school German Military G Wagon. Low end diesel engine to keep it simple. They have true 4 wheel drive with front and rear lockers, can hold plenty of gear and are basically beasts. Main issue... I am not much of a mechanic... very good with tools and such, but have never really learned how to work on engines. I am starting to back petal a bit because I don't know if that is really going to be very doable. Closest I have ever come to real engine work was I had an '85 accord that I changed the head gasket and times belt on. I had a book and just did it. I can follow directions, I just don't know how to really fix something on my own. It's going to be my daily driver, and actually it'll probably be my wife that would drive it 90% of the time because of the work I do. I don't have tons of resources at me disposal, and I live in a condo with extremely limited storage and without access to a garage.

This brings me to my new car options.... JKU, Pro 4x Frontier, Tacoma off road. My biggest concern is really going to be range and reliability. I like the aftermarket options for the jeep and the taco, but I really like the look and feel of the frontier. The wife likes the jeep and the frontier best, but I have dreamed of owning a Tacoma since the early 90's. I have even been considering a Subaru Forester/Crosstrek... mainly concerned with them not being trail worthy enough.

Another option I have really been thinking is a Grand Cherokee with the eco diesel. Mainly because of the range and they are pretty good for basic off roading, mud, sand and the like.

Any ideas or advise are welcome. I live in Baton Rouge LA. so water fording is a concern given the recent flooding and the fact that it rains here pretty much all the time...

You really need to think about how you are realistically going to use the vehicle. Needing to run after an EMP is somewhere on the scale between "Unlikely" to "Never going to happen". Flooding, on the other hand, is far more likely in Baton Rouge. While having an ex-military vehicle from Germany seems cool (ok, it's cool), you will run into problems with finding parts and people to fix it. I think there needs to be a balance between the two. The JKU will have the best aftermarket support for modifications, followed by the Toyota, and then the Nissan (we are the bastard step-children, but we do get some support from vendors and specialty fabricators). The Nissan does have an advantage, it has been in production since 2005, which means there are lots of used and salvage parts out there to scrounge.

There are two basic approaches to a "bug out" vehicle; one is to go big, like military surplus trucks being driven by a guy in tactical gear. The other is the "gray man"; meaning blending in, not looking tactical and thus not being a target. These guys wear regular clothes, civilian hiking boots, carry their gear in a worn blue Jansport backback leftover from college, etc. If bugging out is the idea, then maybe going with the "gray man" approach would be best so your vehicle isn't targeted. Let's face it, we have some really cool rigs, but we aren't exactly inconspicuous.

Just some things to consider. If I was doing a build for what you are wanting, I would go with a white F-150 that has a solid utility topper on it and some good locks. Make it look like a workman's truck or construction vehicle as much as possible and keep all the gear stowed behind that high-security metal bed topper. If you installed a ham radio or something, people would just assume it is for talking on the job site. Heck, even get a magnetic orange strobe light for the roof. 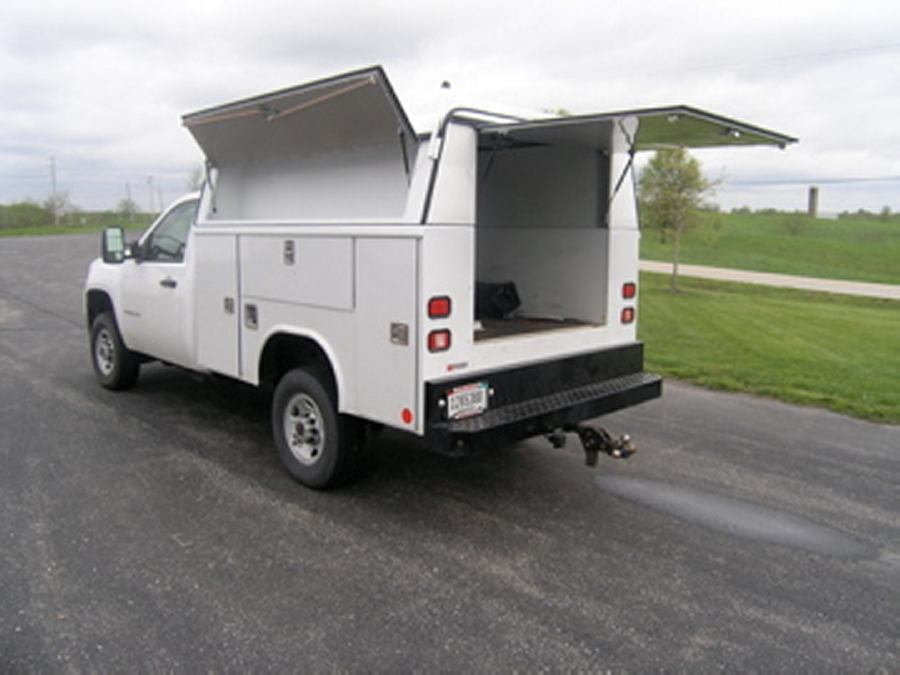 But that's just one of many approaches. Personally, I think that invisibility is the best way to go.

Other mods to consider: Extend the diff breather lines. No one knows it has been done, but it keeps water from contaminating your fluids. Possibly swap in a waterproof/dustproof/milspec alternator. Waterproof all your electrical connections with dialectic grease. Maybe consider a dual-battery setup and a second extended-range fuel tank. None of these would be noticed from the outside but would increase the capability of the rig.

And finally: Don't tell anyone what you are doing. A "gray man" doesn't work if everyone knows what you are up to.
Last edited: Sep 24, 2016
Reactions: shoredreamer and FNGfromLA
F

all your comments are extremely valid and are things I have thought about... One of the reasons for the newer mid-sized truck/JKU is that I want to start having more fun outdoors. Join a Jeep club or something. Another fun idea is getting into GEO caching(which i know does not need a truck/jeep for}. Overlanding is such a great plan for us and would make our gray man plans a bit less conspicuous. That's one of my main reasons for thinking about the jeep... there are tons of jeeps here that are all decked out with recovery gear that will never be used. Basically mall ninjas that have more money than brains. It's a pretty gray man rig here actually. Now finding a 4x4 on a lot other than at a jeep dealer is all but impossible. I guess you have helped me make up my mind a bit easier... the jeep will be more gray man than anything else around here on my list.

Of course the F-150 would be super gray man, but I don't want a full size truck. The bugout truck is not my main goal, just another driving motivation.

I see. From your first post it sounded like the bugout was primary and the overlanding was secondary.

The Jeep would be a find rig, there is lots of aftermarket support and plenty of communities built around it. You could connect with a local jeep club and get some help learning how to wrench on it yourself, there are also a ton of YouTube tutorials for JKs.

I'll also agree with the NOT going with something imported / odd. Parts will always be hard to find. Any vehicle over 10ish years old will not have as many parts sitting on the parts store shelves. to find an EMP proof vehicle, you are going to need to find something older than the mid 80's, so again, parts availability.

I would say any vehicle you mentioned will be Fully capable in stock form, so, minor mods to fit your style and you are GTG. I would honestly go check out each of these vehicles to see what you would like. I really wanted an Xterra, but, I need a truck bed, so, I have a Frontier. I would love to have the interior storage, but, I carry heavy large things on a semi regular basis. A crew cab midsize truck fills the bill for me.
You must log in or register to reply here.
Share:
Facebook Twitter Reddit Pinterest Tumblr WhatsApp Email Link
Top Bottom