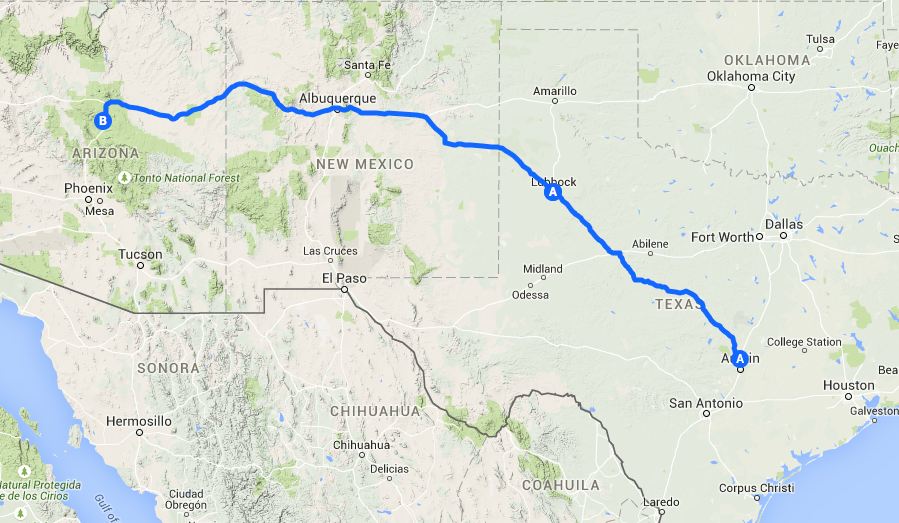 I'm not sure I have ever started an adventure with an on-time departure. None that were memorable, at least. This trip was no exception. The day before we were to set off was spent packing. Oh, and waiting for the suspension parts I was supposed to receive 5 days prior. My PTO was already submitted, and my wife had plane tickets for another trip to New Hampshire with a departure 3 days after our planned return date. Our departure for this adventure was not flexible. The UPS delivery truck pulled up late in the afternoon and I immediately set to work disassembling the rear end on the Trooper while I waited for a second set of hands to arrive and help me knock out the coils and rear shocks that night. The front shocks and torsion bar adjustments would have to wait until the next morning. We made quick work of the rear end. The OME coils and shocks were only providing an inch and a quarter lift so there were no modifications necessary. The next morning I was out in the driveway as the sun rose. The front end went even quicker than the rear, and being an Austin Texas vehicle it's whole life, there was no rust to fight with which made the torsion bar adjustments a 5 minute operation.

My wife, Kayla, and I immediately set to our last minute preparations. We loaded the Trooper with way too much gear, then drove to the shop down the road to have a quick alignment done. I was able to get it close but wanted it completed professionally. Something about driving a few thousand miles on newish tires with new suspension when it was likely not in alignment didn't sit well with me. While the mechanic was working on the trooper, Kayla and I ran across the street and picked up the provisions we would need for the first part of the trip. We made one last stop at the house to say goodbye to the cats and run the keys over to a friend who would be house sitting for the next week and a half. As we pulled out of our driveway we realised it was 8:00 pm, and were faced with the decision of hitting the freeway and stopping at a hotel in west Texas or getting a good night sleep and taking off early the next morning. We chose the former and started the 5 hour journey to Lubbock Texas.

The next morning we awoke early. It would be another ten hours before we hit Sedona and I was really looking forward to catching the sunset from Schnebly Hill Road Overlook. While loading our bags back in the Trooper I realized I had forgotten the two pieces of plywood used to form a flat surface over the rear seats, creating a platform to inflate the air mattress on. I should stop for a moment to mention that Kayla is well into her first trimester at this point and dealing with the lovely feelings and sleep depriving nausea that go along with it. Sleeping on the ground was not on the table. We made a quick stop at Home Depot, before leaving town, to have them cut a piece of quarter inch plywood to size for me, topped off the oil in the parking lot and hit the road. 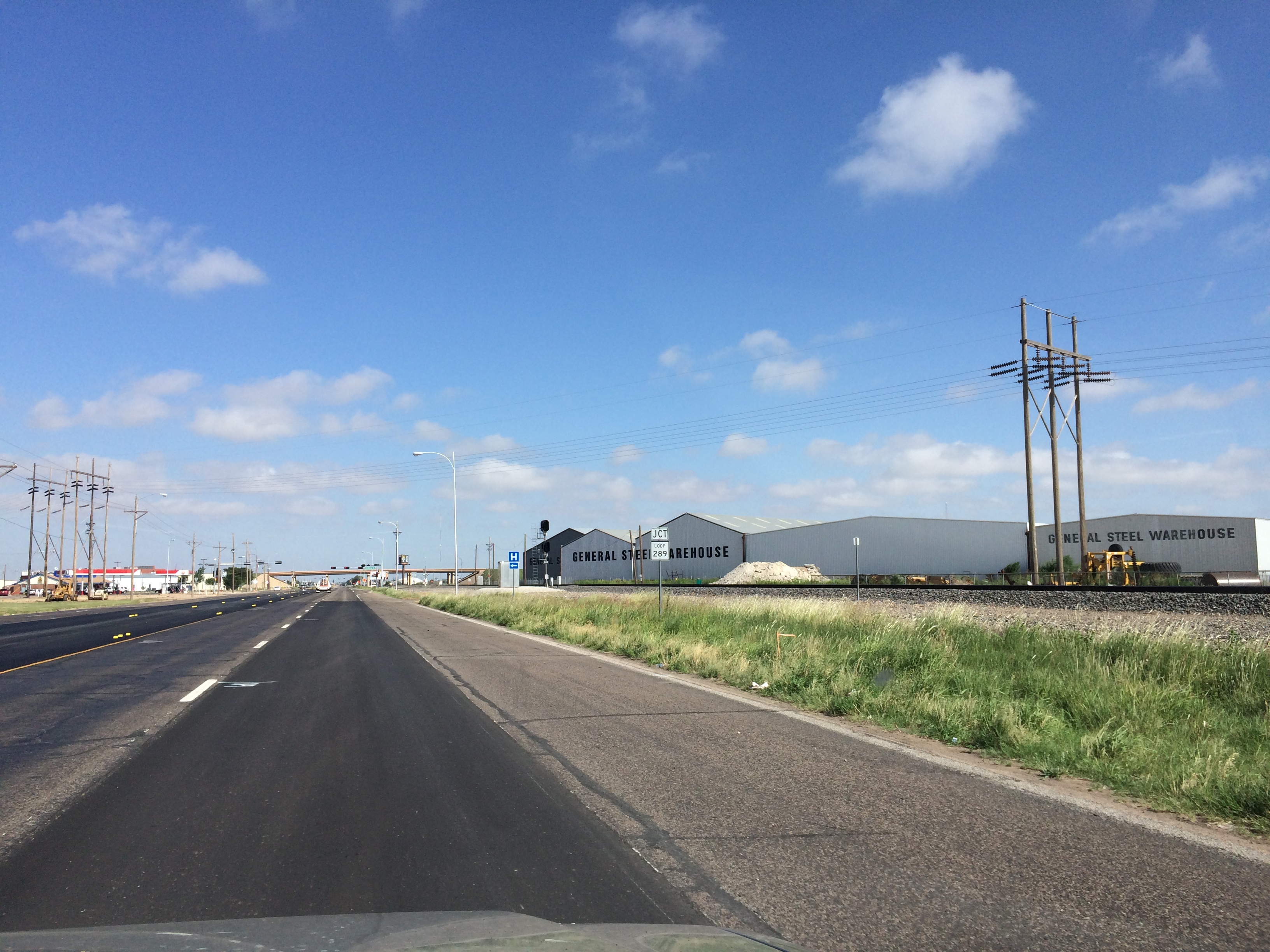 There isn’t much to report on west Texas. Not much there. Saw a few oil fields. Lots of pavement. I40 through New Mexico wasn’t much different. We didn’t venture off the highway as we were on a time crunch to get to Sedona for sunset. When we hit Flagstaff and began our trek south we were very surprised to see forest all around us. Neither of us have been to Arizona and we naively imagined nothing but desert. We headed down I17 and then turned of on Schnebly Hill Rd. with about a half hour to sunset. PERFECT! Couldn’t have planned that better. The road was gravel and fairly smooth at first, with some lightly washed out sections. Now off the highway we rolled the windows down and let the sweet piney, vanilla of the ponderosas fill the Trooper, and the last fifteen hours of pavement quickly faded from memory. 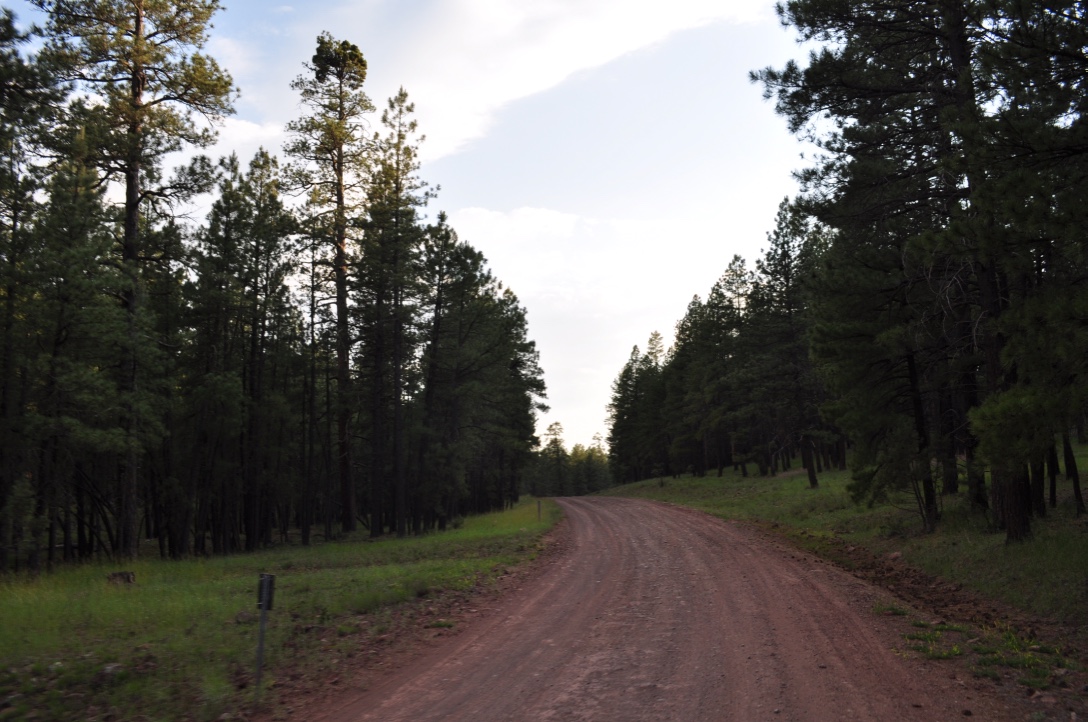 The road went through a gate where it immediately turned to dirt and rock and became significantly rougher. At this point, I’m very glad I replaced the suspension components before we left. We wound our way up the pass and finally arrived at the overlook just in time to see a Pink Jeep Tour leaving. We had the place to ourselves for one of the most breathtaking sunsets to date. The pictures we took do it no justice.

After the sun had finished retreating behind the red rocks we hopped back into the Trooper and set off down the winding, rocky road into Sedona. We had no idea what we were in for. Though technical only in a few areas, it was a slow trip down with fading light. The darkness made choosing lines difficult, especially since we knew the cliff edge was somewhere on our right and low range became my best friend for the evening. We finally made pavement and realized it was a bit too late to head up to the forest and find a good spot to make camp, so we grabbed a hotel for the evening, and began planning our Sedona activities.

I do have a few pictures from Sedona but not many. It wasn't until we reached the Grand Canyon that I realized my camera lens was not functioning properly. So, though there aren't many pictures in this leg, there will be many to come. And the quality will be much higher than what you see here. What? I have to tell you something to get you to read the next leg of the journey Until then, here are some of the pictures that did make it.