A rainy weekend in the northern maine woods

May 13 - May 15 with a day for travel from new york on either side. Did about 1500 miles. A third of which was dirt logging roads.

I drove up thursday and met up with the other trucks in garland.

Thursday night i realized my rear most u joint was holding on by hopes and prayers. Im surprised i didnt drop it on i-95. So i had a late night and early morning scrounging the junkyard and finding one that i could make fit. But we got it going.

We were planning to do about 400 miles on roads outside of civilization. And with a tank that only holds 170 miles.. I had to find a backrack and fill it with gas. 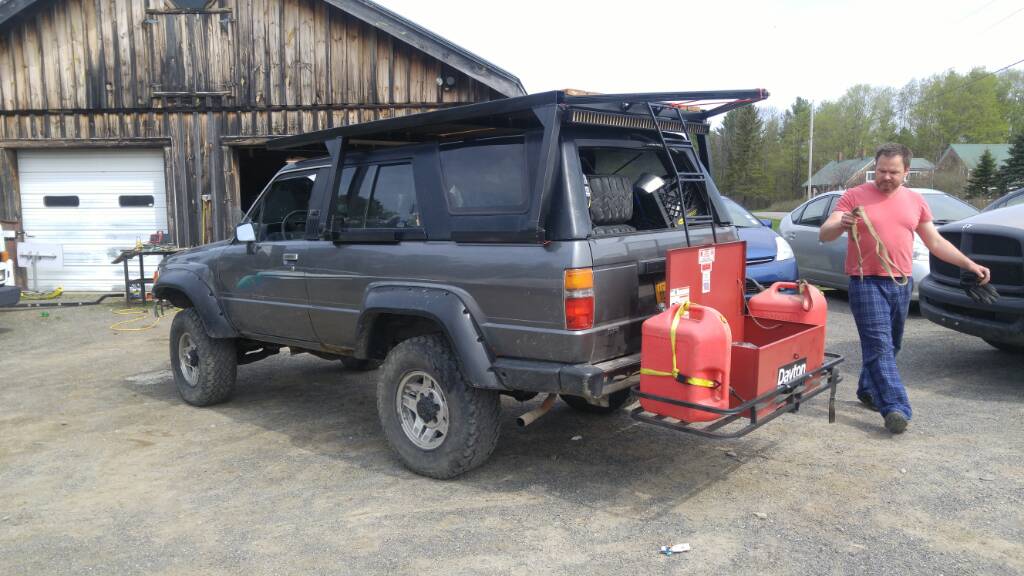 But soon enough, me, a f250, bronco, 4runner, and wrangler were off to the races 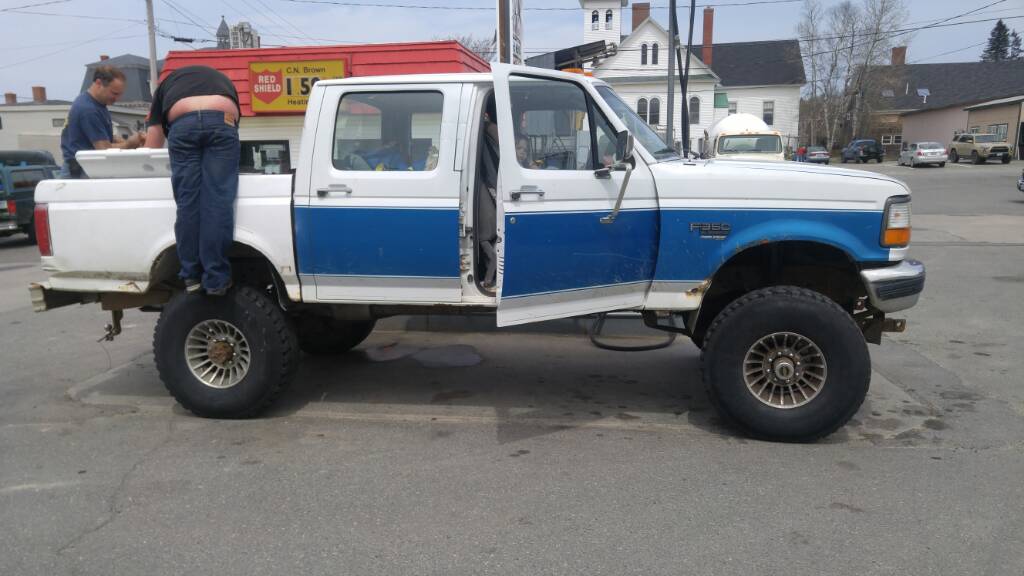 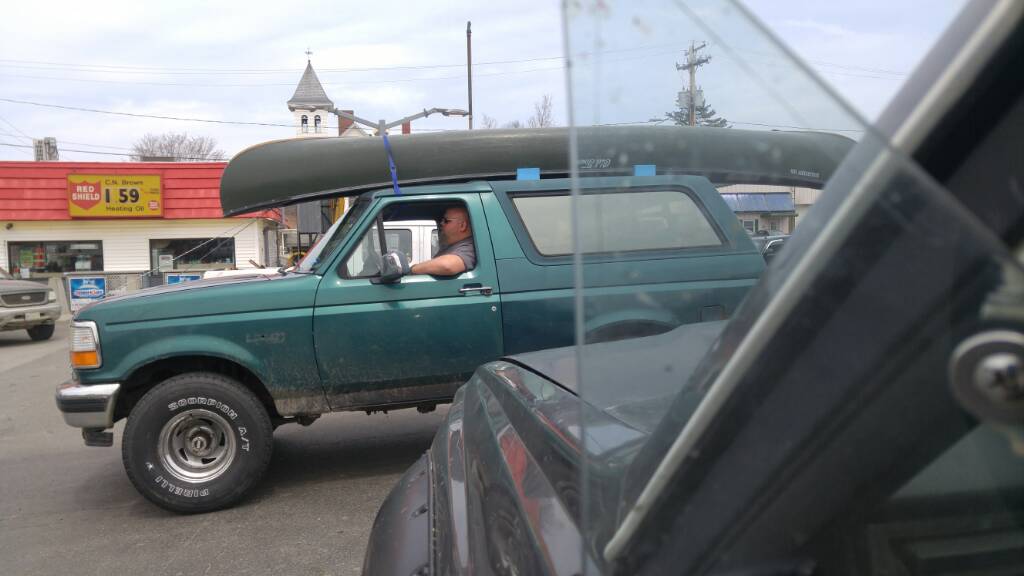 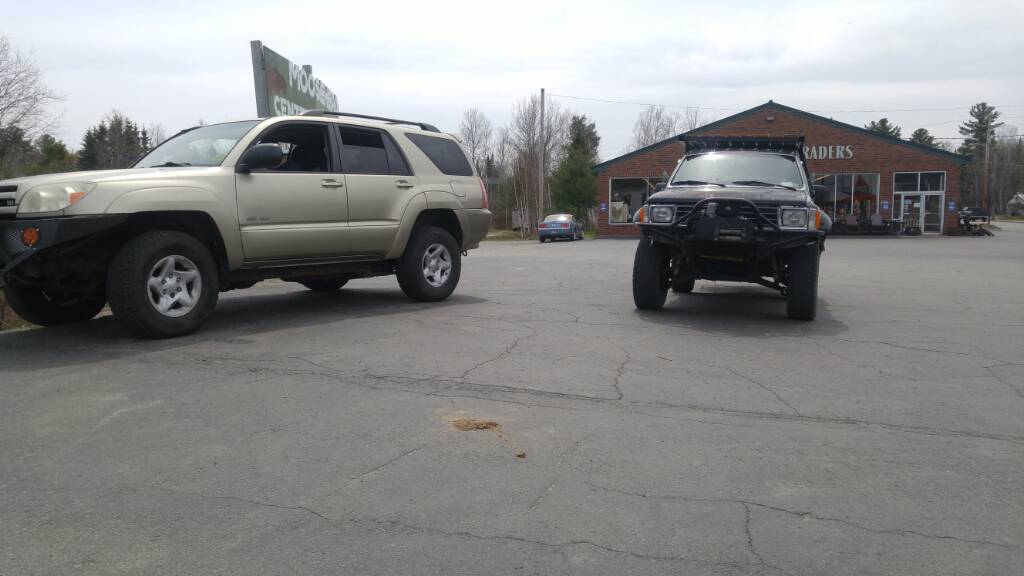 It hasnt rained in a while and it was so so dry. The dust was pretty bad. I had to grab a shirt out of my duffle bag and wrap my face up to deal with it. 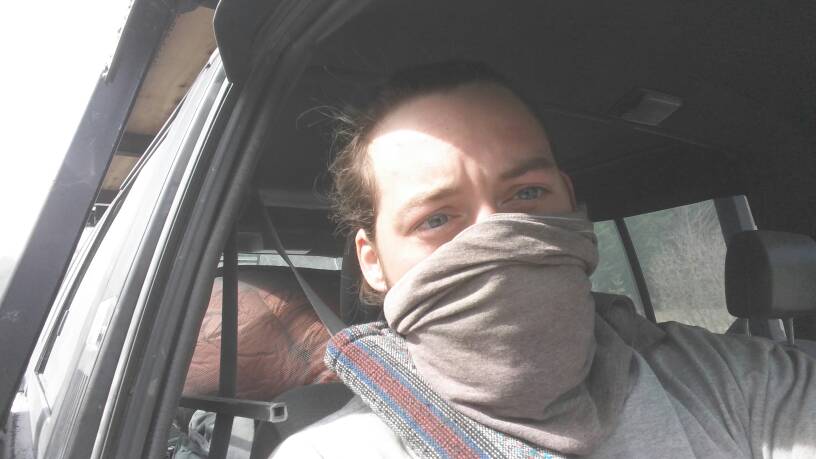 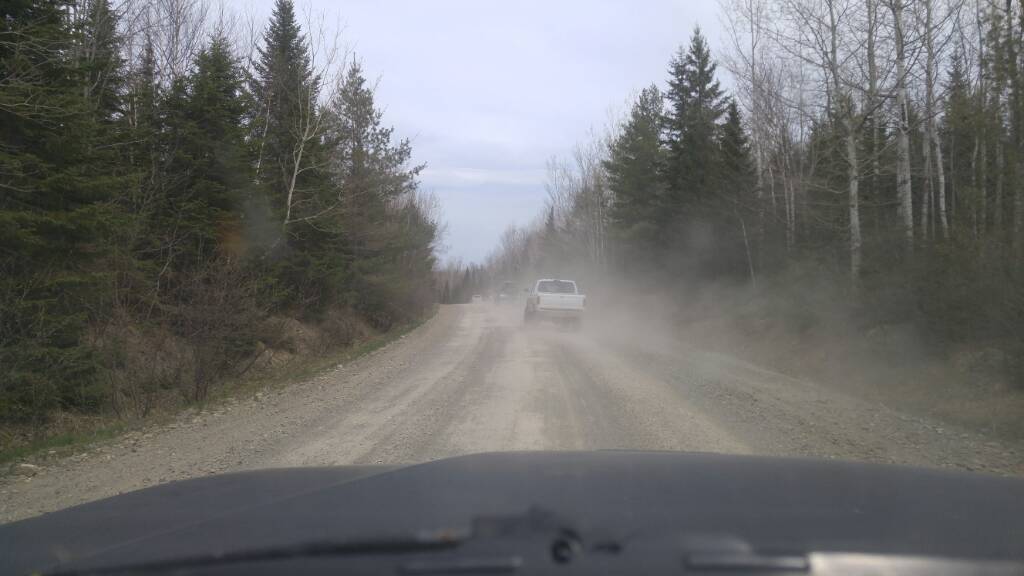 The pictures dont do it justice. It was bad.

But we meandered through the dirt roads and long after the pavement ended we ended up at our first "gate".

The way things work up there, is you have to pay to enter the area. Its kind of like a state park but its an orginization of the land owners/logging companies that allow you to be on their land. You have to Tell them where youre going and how long and what gates you will enter and exit. If you decide to stay an extra night without telling them, there are going to be some repercussions to deal with. Theyre pretty strict. But otherwise very pleasant.

Cb radios became necessary. Or very close to necessary. I didnt have service at all, not one blip for three days. There are signs everywhere saying what channels are being run. Usually 19.

The other things is that running around on these roads is a privilege. And they belong to the loggers first and foremost.
Regardless of what side of the road youre on.. The trucks have the right of way. And they come through at 70 mph, 12 feet wide, with a skinny kid with half a cigarette hanging out of the corner of his mouth wrestling with a trashcan lid sized steering wheel. you better get the hell out of his way. The road weight limit warning signs read 235,000 lbs. ... Not a truck you want to play chicken with.

Other than that. Its all you. Just dont stop on blind corners for photo ops.

We camped the first night on a lake at the umbazucas campground. And i later got Water at the caugmacomic spring. 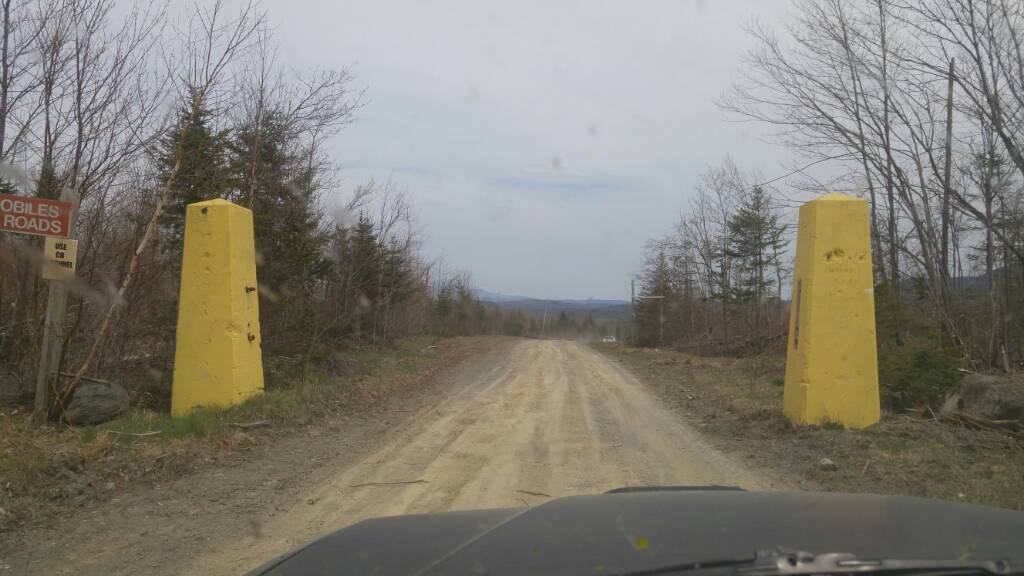 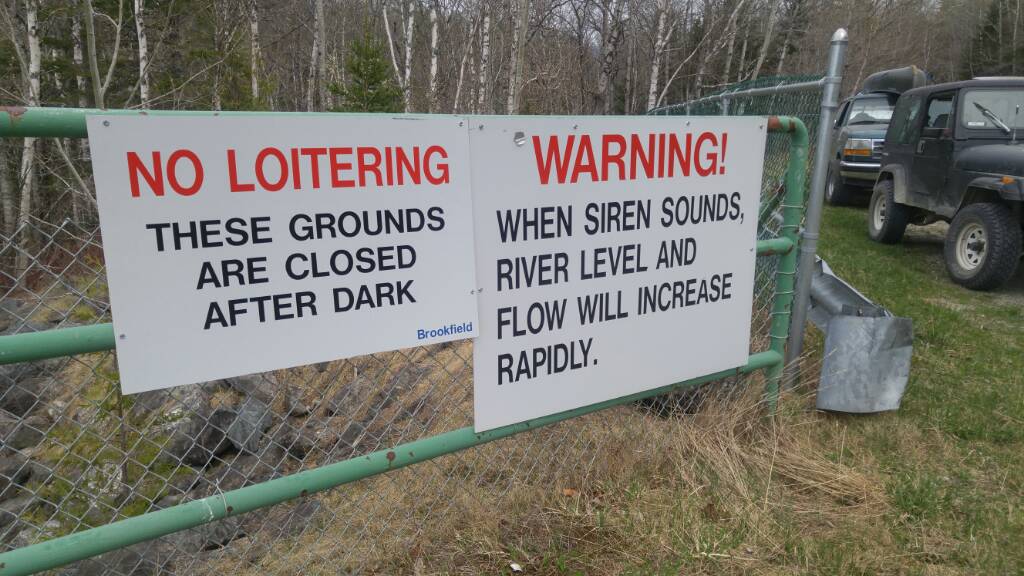 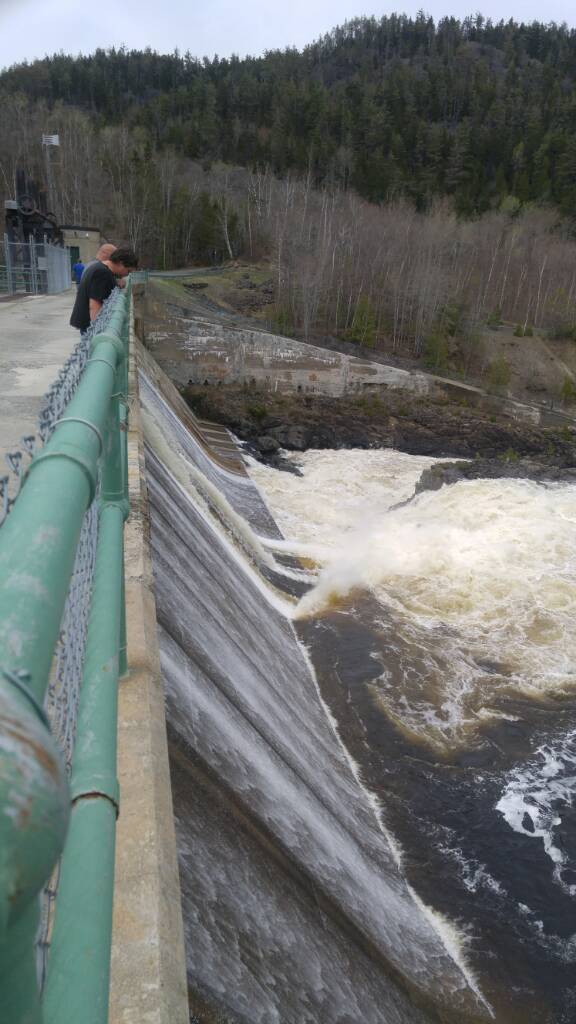 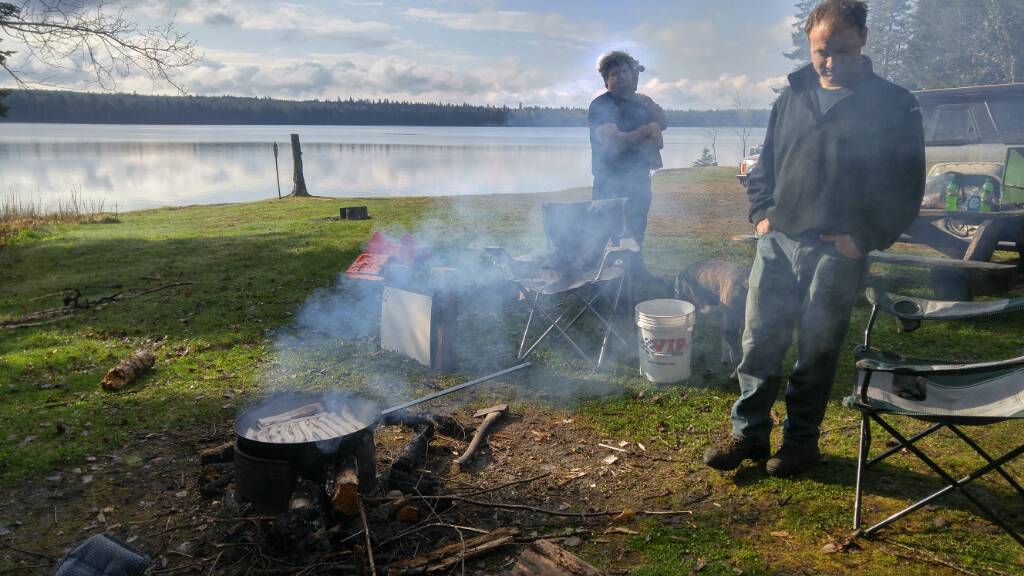 After a big old breakfest we headed out for the second day. Basically just a long day of driving and looping back to spencer bay campground towards mt. Kineo. 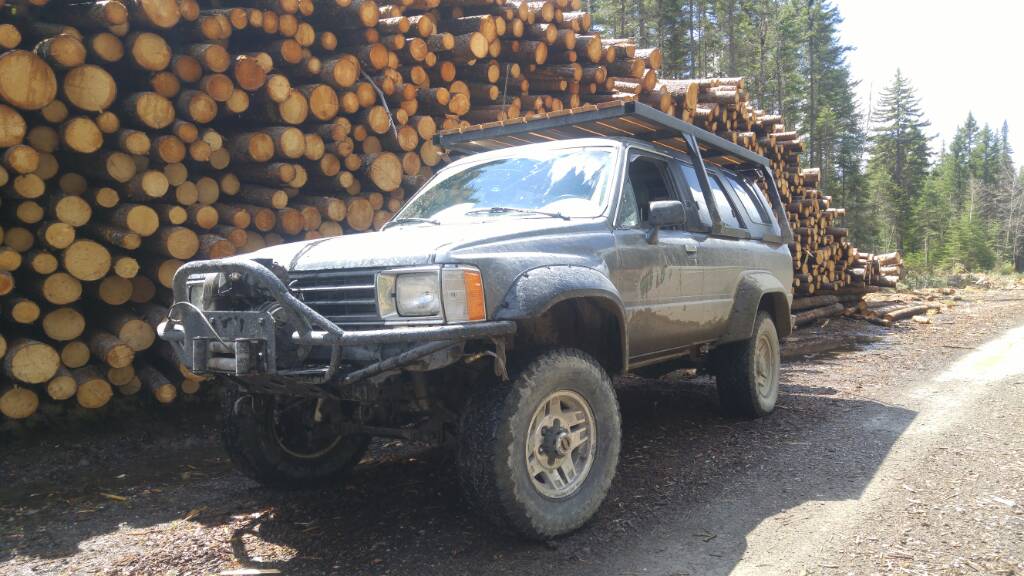 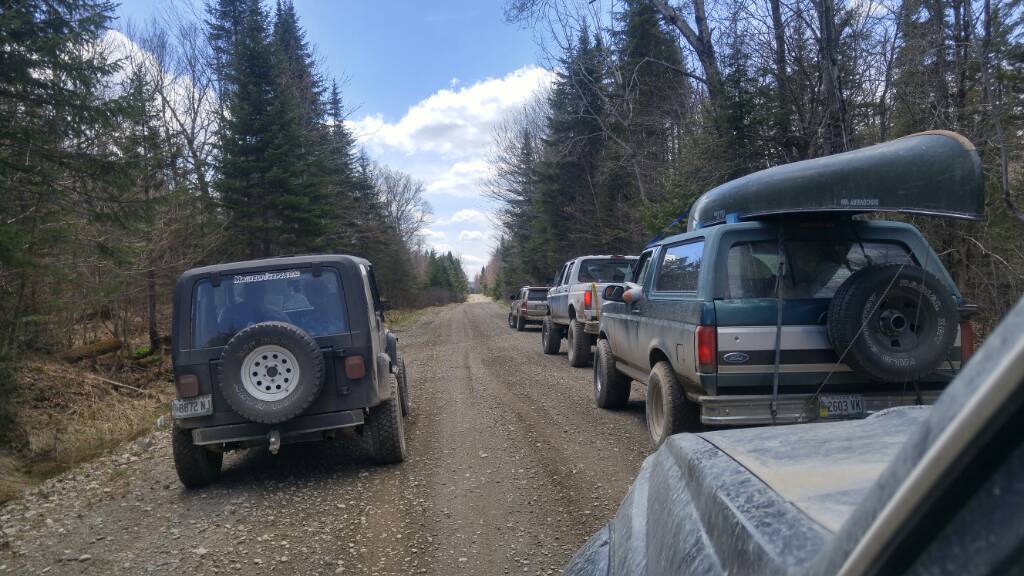 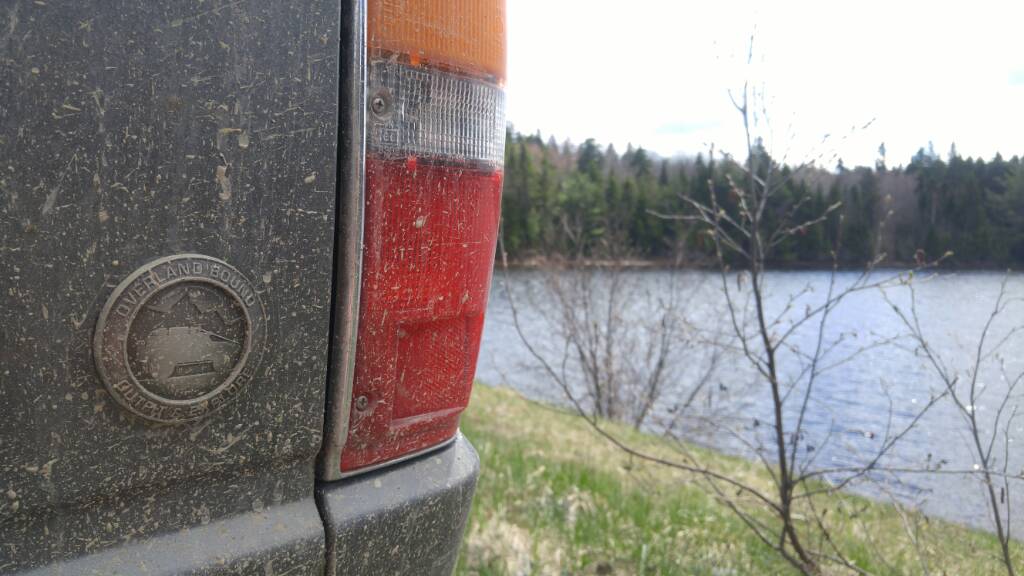 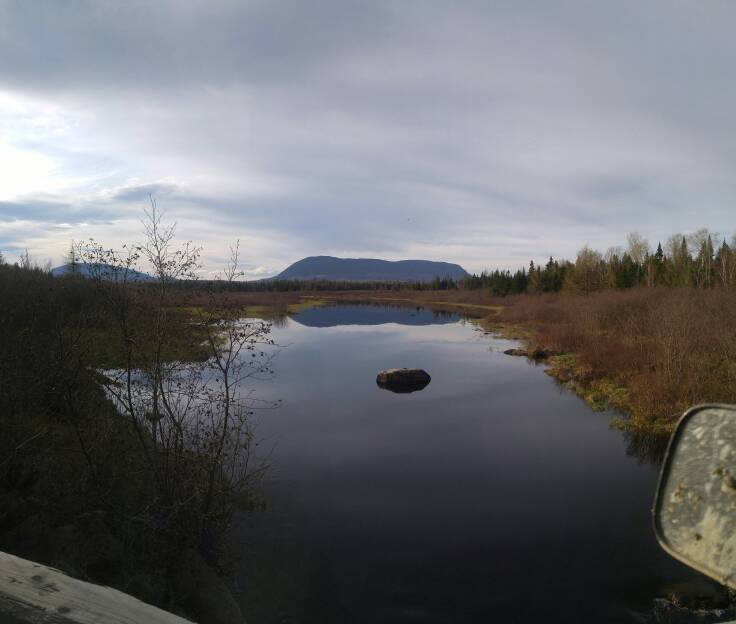 We saw moose, fox, rabbits, but surprisingly no black bear. Its probably my first time in maine without seeing one. 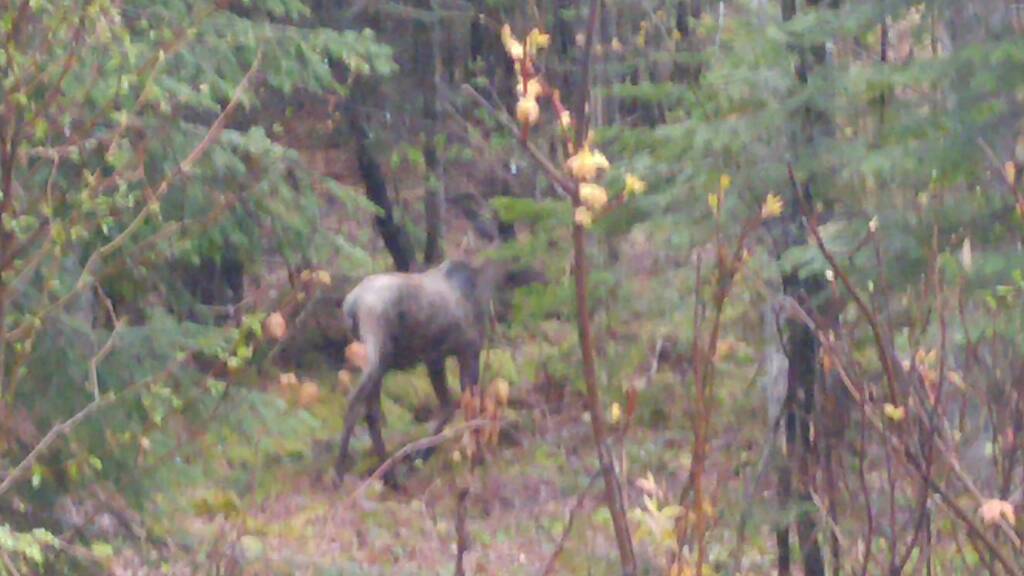 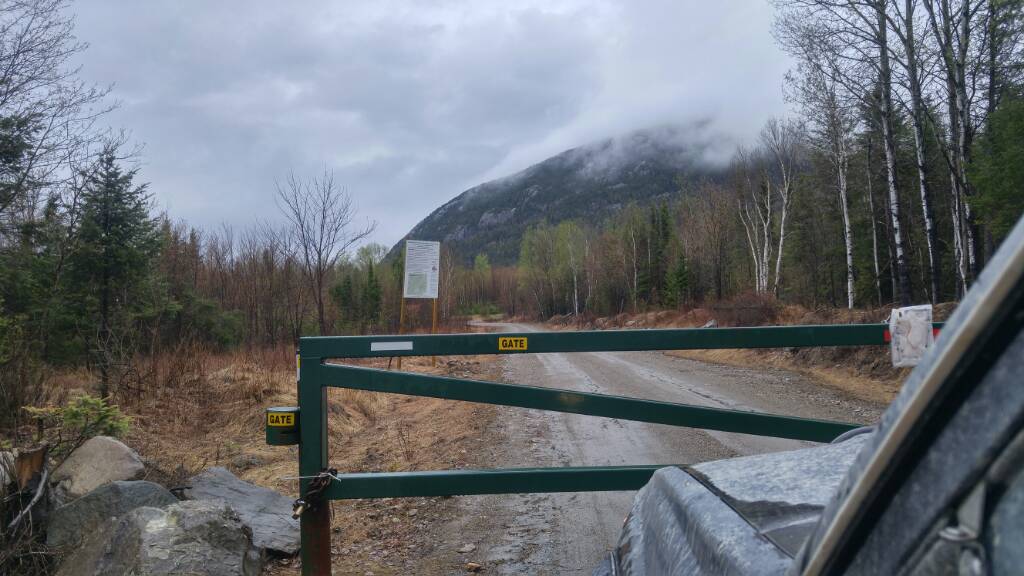 It was a great time overall. I wish i could write about it more thoroughly but it sucks doing it on my phone lol. Regardless, i recommend the northern maine woods to anybody. You can explore for weeks and weeks. Millions of acres of over landing playgrounds.


Heres a little video of some clips.