Anyone have any mounts that they have come across that fit the Zarges cases?

The K9 mount only fits the Alu Box brand.

I am looking for a non-permanent mounting option.

Stoked to be on here and looking forward to the networking!

I am not sure what you mean by non-permanent mounting and if I can really help you out. I made my zarges boxes (used ones from the german military) attachable with bolts. To do this, II glued in a plate to close old holes and then drilled a hole pattern. Bolts just come through there. the insulation I glued also in, leave out at the points. At four corners fitted with bolts, the boxes are so securely attached and can still be removed (with tools). For this, the lower floor of the must of course be quite stable. But you can believe me, these old military boxes are super solid. And well, of course you have to drill holes for that.

A few pictures of my little DIY solution 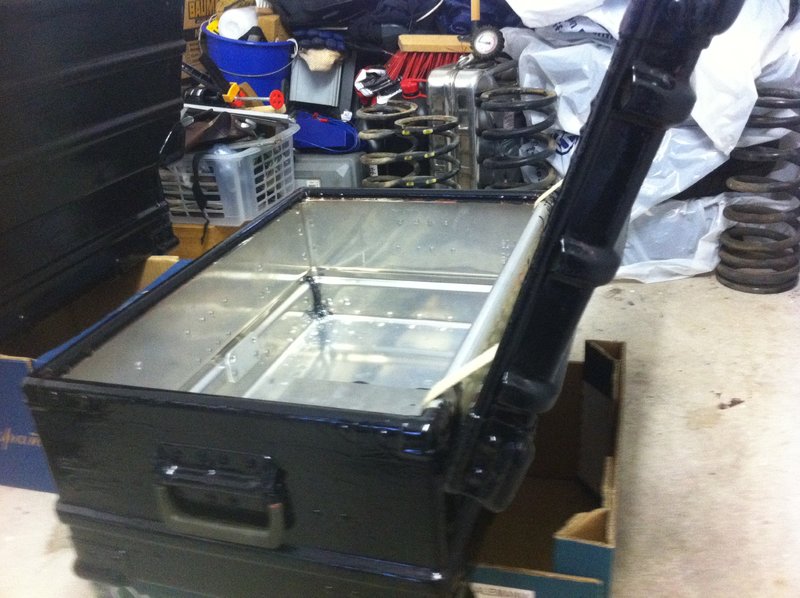 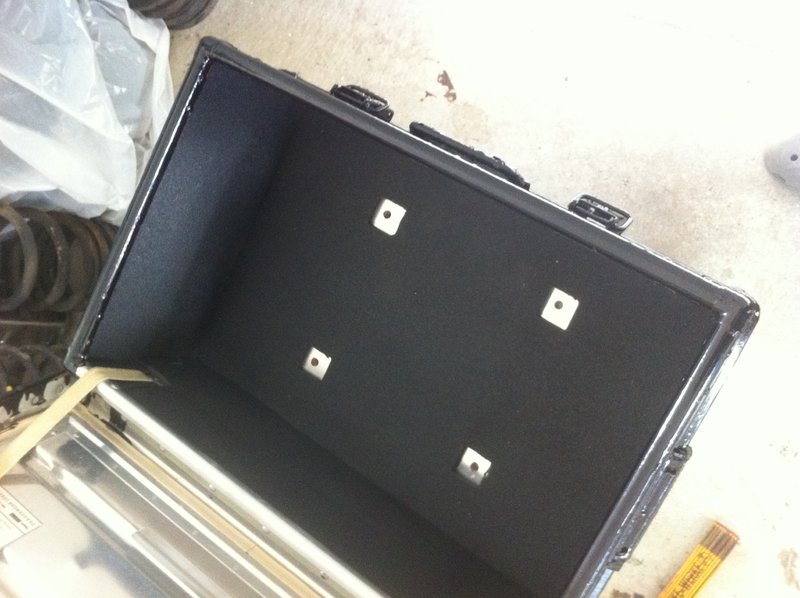 Thanks for the images, the more research I do, the more I come to the conclusion that bolting in that fashion may be my only alternative.

Hagrid said:
Anyone have any mounts that they have come across that fit the Zarges cases?

The K9 mount only fits the Alu Box brand.

I am looking for a non-permanent mounting option.

Stoked to be on here and looking forward to the networking!

.
I've thought about experimenting with fabricating my own brackets for my Zarges K470s. Similar to the K9 mounts you mentioned; an aluminum C channel would clasp the bottom rim at one end and another with a swing arm would clasp the opposite end, which would fit over a more concealed hasp.

I want separate brackets for each end, though; the mounts of which would be hidden under the Zarges case when in place.

With separate brackets instead of a plate I could clasp either the ends or long sides as needed. Having separate brackets would allow me a wider range of use, too. Though my three K470s all have the same footprint (image below), I have a wider, flatter case too, and would place a bracket on each of its four sides.

Having separate brackets would be far easier for me to store when not in use than a longer one-piece plate, as well. I'm not a fan of leaving mounts for various things in place when not in use. What I put up there, in the small available space I have, often changes. Right now it's traction boards in a soft case. Next adventure it may be Wolf Packs or Zarges cases.

For now, what I have in my K470s is more weight than I want to put up that high, especially in that small of a footprint, so they are stowed in trailer and van.

If I move my big rack with T slots to the van, and replace it on the trailer with 80/20 for the tent, I'll have more need for brackets and gear mounts.

The point is, @Hagrid, if you're handy or have access to a metal brake, or have a pal with the know how, a custom solution can be fabbed up on your own. 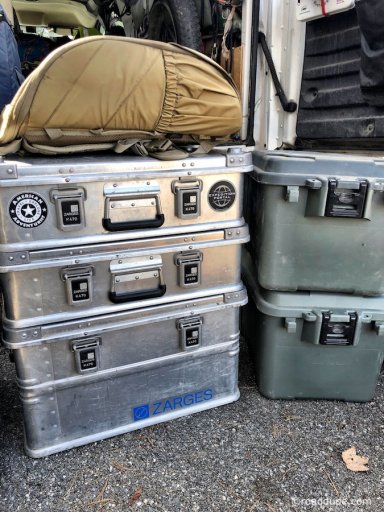 Something else just comes to mind. When I still had a Front Runner roof rack with platform, I had such mounting brackets from Front Runner for boxes and the like. I think it were these: Adjustable Rack Cargo Chocks - by Front Runner Maybe that's a solution?

Just came across this IG post at Zarges USA:

I simply strap them down with a locking strap that has stainless steel cable woven into the strap itself so it makes it difficult to cut. I also bought the locks from Zarges for the latches. I’d suggest getting all locks matching if you have multiple cases.
You must log in or register to reply here.
Share:
Facebook Twitter Reddit Pinterest Tumblr WhatsApp Email Link
Top Bottom