Where’s the Utah people at??

Nate102 said:
Hey, I'm a new member up North by Logan. Just dropping in to see who else is from Utah.
Click to expand...

Welcome to the Overland Bound Utah chat. Just curious where did you take that picture that's on your profile background or what's the location of the lake/resevoir with the tree in the middle?
Click to expand...

It's called Mystic Lake in the Custer National Forest, Montana. It's about a 3 mile hike in mostly uphill. There is a section you have to hike across some big boulders, some of which aren't real secure. It's an absolutely beautiful place though! Highly recommend if you're up that way.
Click to expand...

Thanks for the info. I'll use your info to look up Mystic Lake and add that to my list of places to go. Thanks Nate. Hope to see and meet one day in the near future.
Reactions: Nate102

Just moved to Southwest Utah from CA. Most of my 'exploring' will be for photography - that will pick up once the temperatures start to average below 90 during the day ;) Next trip will likely be to the Hanksville area (Factory Butte, Goblin Valley etc.) in October.
Reactions: mface7 and Ron W.

I'm brand new here, haha. Throwing in to see what kind of community we have. I'm in the WVC/T-Ville area. Drive an 07 Avalanche - I know, I know, not the perfect vehicle for Overlanding, but it's what I can afford and a favor to a buddy of mine who needed to sell his.

I have been camping my whole life and done a lot of exploring easy-to-get-to places in Utah (anyone alive during the Centennial that did the passport thing? That was awesome!), but have always wanted to do things like take a week off work to explore the Island In The Sky district of Canyonlands, or spend a couple days in Cathedral Valley in Capitol Reef. Unfortunately, growing up my dad always had sensible cars (Corollas, typically), so we never got to go anywhere too out-of-the-way unless we did it in Boy Scouts.

Anyway, I come from 15 years in the Subaru world but you can only get so much stuff so far in a stock Forester, so I'm happy to have a slightly more capable platform to start with. That said, I know heck-all about offroading or LEGIT overlanding, but I wanna learn. The community was great 10 years ago when NASIOC reigned king, and I was one of the admins of SLCsubaru.com for a long time before all the fallout happened there (ugh, drama). Hopefully this forum is active enough to bring the excitement of that community back!
Reactions: Ron W. and BOMBS

Figure I'll throw in on the Utah thread too...love all options we have here from the red rock to the uintahs to cache to the west desert. So much driving, so little time. drop over to check out my build and meet Chuck. Easy enough to recognize when we're out and about so feel free to say hello.

Hey Utah gang...check out this cool spot we found up in the Uintas. Only 2.5hrs from our home in Layton. Wanted to head back and explore more this weekend, but at 10,102 feet elevation there might be snow up there by then. 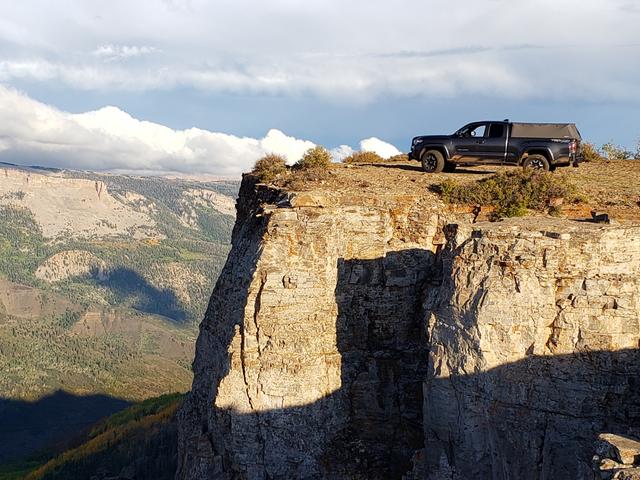 Where is that located at? Do you have a pin drop on a map or gps grid coordinates?

DToverlanding said:
Hey Utah gang...check out this cool spot we found up in the Uintas. Only 2.5hrs from our home in Layton. Wanted to head back and explore more this weekend, but at 10,102 feet elevation there might be snow up there by then.

Love the Uintahs, so many places like this to find. Also grew up in Layton so double thumbs up on this one!
D

BOMBS said:
Where is that located at? Do you have a pin drop on a map or gps grid coordinates?

Here's the url from the gaia route I saved for it. 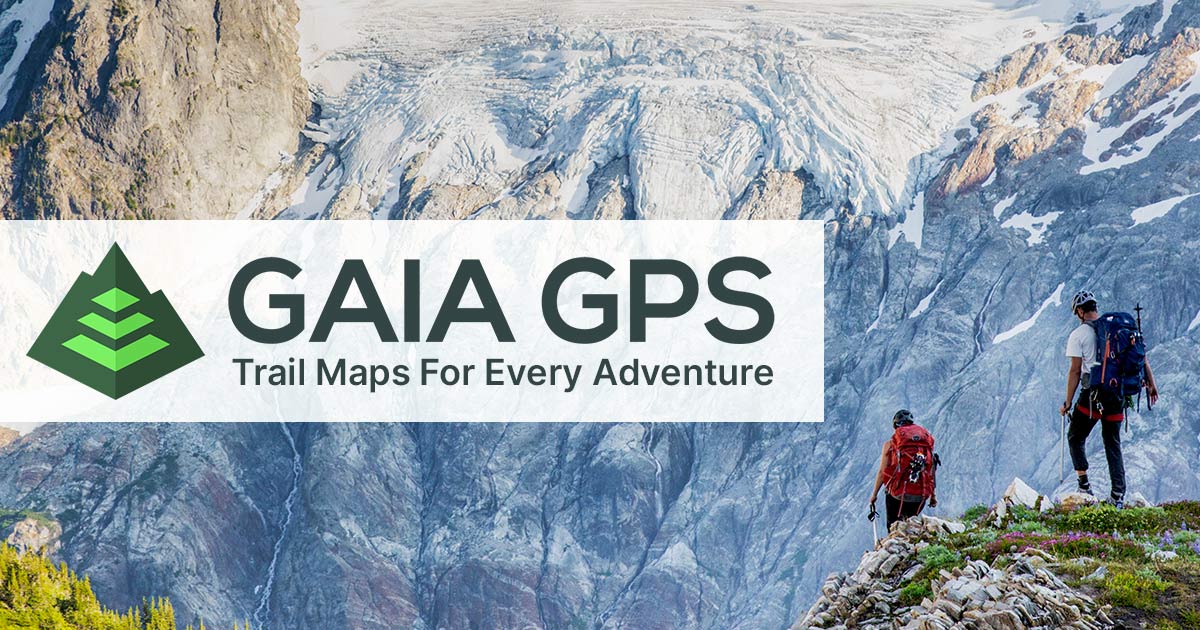 I like reading about the lost Spanish mines and other legends of the Uintahs. One of these days I am going to try to hunt for some of them.
Reactions: BOMBS

That's interesting, I had never knew that the Uintas had legendary stories.

BOMBS said:
That's interesting, I had never knew that the Uintas had legendary stories.
Click to expand...

Oh yes. The Spaniards mined the Uintas. If you pay attention you can find old Spanish markings. Two good books. Out of the Dust by Stephan Shaffer and Following the Legends by Dale Bascom.
Reactions: BOMBS

I managed to make it out east a couple of weeks ago. The original plan was to loop around Factory Butte and Capitol Reef, but the BLM contact told me the trail was impassable just before I left. Fortunately it dried out enough on the way back from Moab (my plan B) - just before another storm hit - for me to check it out. This is Skyline Rim overlook - a great dispersed camping spot that I'll have another go at reaching in the next few months. 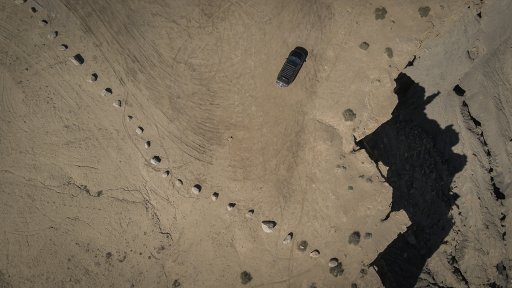 Hello everyone. My name is Brad and I just happened upon this well-sorted site/forum after searching for Mitsubishi rally | dakar | overlander vehicles. When I came upon "Overland_Mitsu"''s build of his Outlander Sport: Mitsubishi Outlander Sport light over land build ...I knew I was in the right place! Have no idea why I didn't find this site before?

Previous Experience/Why?: Moderate weekend off-roader with more of a focus on desert chase truck work, performance rally communications (ham radio) support in Utah, Nevada, and Idaho, and support of ultra-marathon events here in Utah. No overnight stays in the field (had enough of that crap in the Army)...but I am willing to consider doing some of that again in the future before (and after) I retire in five years. I started off-roading because I got into supporting SCCA pro-rally in the mid-'90s in SoCal, Nevada, and Arizona. in the mid-90s...but then I only had a Ford Escort GT, and that wasn't a very good 'rally support vehicle'. So throughout the late '90s and early '00s, I visited a number of the off-road fab shops in SoCal that I could find when traveling on various business trips. After all that research, I planned my build and bought my '96 Bronco in 2008 here in SLC and embarked upon my 'rally support vehicle' build. The Bronco served me well for 13 years but earlier this year it was time to let it go. And that is what I did, and now a KoH racer living in Moab is the proud owner of my Bronco and is using it as a bonafide pre-runner!

So my wife and I are now setting our sights on a true overlander / rally-inspired / Dakar-look crossover/SUV, and I think the new 2022+ Mitsubishi Overlander fits the bill.

A couple of pictures of my former '96 Bronco are attached...along with an idea of what I want the "Overlander Outlander" to look like here sometime soon (the attached image is of the 2022 Overlander as it competed in the 2021 Rebelle Rally just a week ago in SoCal and Nevada...complete with Mitsubishi Ralliart Dakar livery!)

Welcome all suggestions, and thanks for having me! 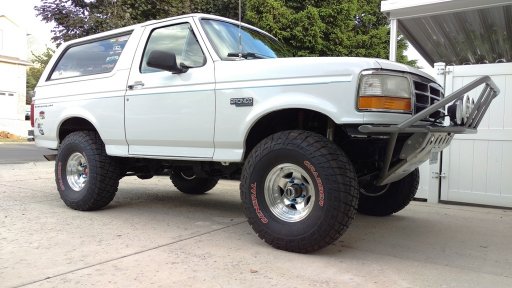 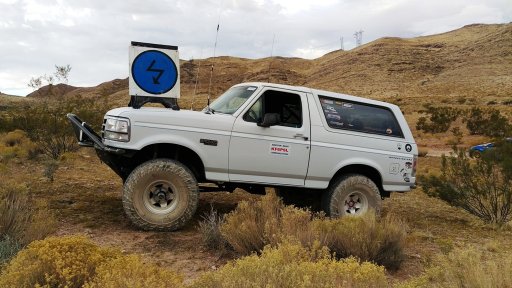 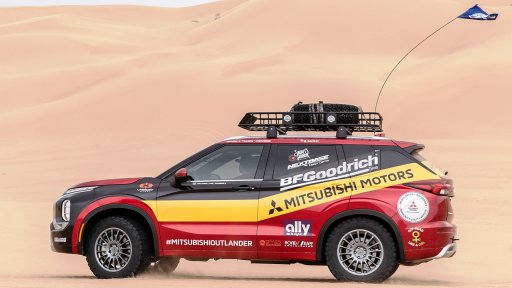 That is a nice Bronco. Welcome to OB. I prefer the desert myself. That would be a good looking Outlander. We have a few Utah people here, we really need to set something up. At the very least a meet and greet.
Reactions: mface7, denhabr and Roam Bearded

Is anyone in northern Utah interested in doing a meet and greet soon? Figure we can all meet up somewhere, discuss gear, plans for some outings, etc.
Reactions: BOMBS and mface7

Ron W. said:
Is anyone in northern Utah interested in doing a meet and greet soon? Figure we can all meet up somewhere, discuss gear, plans for some outings, etc.
Click to expand...

I'd be up for it based on schedule etc. of course.

mface7 said:
I'd be up for it based on schedule etc. of course.
Click to expand...

Any of Salt Lake, Davis and Weber County would work as well...but if it's in Utah County I'll skip it. I refuse to cross that line.
Reactions: Ron W.

I promise it won't be in Utah County.
Reactions: mface7

Ron W. said:
Is anyone in northern Utah interested in doing a meet and greet soon? Figure we can all meet up somewhere, discuss gear, plans for some outings, etc.
Click to expand...

I am interested in doing a meet and greet. If a meet and greet becomes available I would like 7 days in advance notice if possible. My work schedule is absolutely insane at the moment. Free time is super limited.

BOMBS said:
I am interested in doing a meet and greet. If a meet and greet becomes available I would like 7 days in advance notice if possible. My work schedule is absolutely insane at the moment. Free time is super limited.
Click to expand...