I've been looking for a compact solution for some time to add a little fuse block inside the cab, somewhere in the dash. I haven't found a perfect DIY solution yet, so I decided to R&D a little something. I wanted a solution to power my dash cam, additional dash USB ports, CB radio, and room for some future growth too. I didn't want a bulky mess of wires and inline fuses, and 6 mains going back to the battery so I thought a block would be best. This way I could bring one 14awg wire into the cab, and power the accessories with individual 16awg lines. I found a 6 slot fuse block on Amazon, which had a bare wire tail coming out the back (instead of terminals) which I liked because I could install bullet connectors, and overall it takes up less space. It's worth noting that there's only about 5 amps total running through this.

The next step was figuring out how to mount it. We 3D printed a bracket at work that looks like it'll work perfectly. The bracket sits on a vent behind the glove box, and raises the fuse block up high enough for me to bundle the wires and run them through the dash cleanly, and out of the way of the glove box.

The other thing I'm still undecided on is if I want to wire this to the battery (for constant power) or to accessory power. The dash cam has a low voltage shut off (so it'll run in parking mode for a bit with the car off until the battery drops to a certain low point), the CB has an off switch, and the USB ports should only draw when plugged in to. I may wire direct to the battery, and just have a "kill switch" somewhere for the whole block... Not sure.

I haven't wired it up yet, but I wanted to share the project with you guys to share the idea, and get some feedback, and see if anyones done something like this in the past! I've seen a lot of great wiring jobs on here in the trunk of a vehicle powering things like lights and fridges and such, but I didn't want a lager exposed system for this one. I wanted a low profile system that was clean and hidden, just for the dash accessories.

(Ignore the labels on the cover, it came printed like that.) 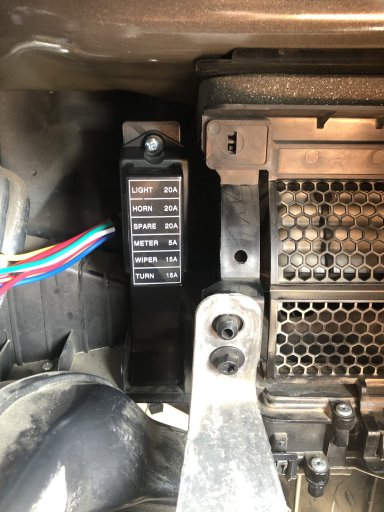 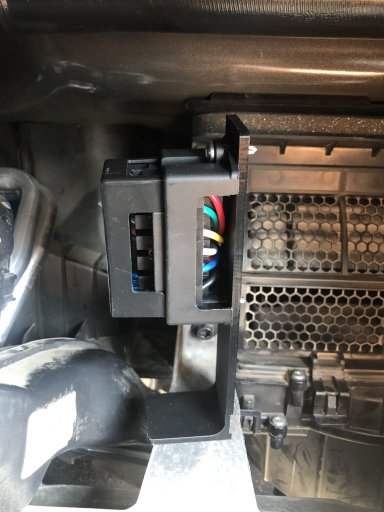 Good use of that fuse block. I was eyeing that one for awhile before settling on a Blue Seas.

For your battery connection, I'd tend to have it switched with the accessory power since most of the uses will be only needed when driving. If you consider using a heavy duty relay you could choose if the block will be energized with the accessories, always energized or 'off' acting as a pseudo kill switch with the flip of a switch.
Reactions: k_dipietro
You must log in or register to reply here.
Share:
Facebook Twitter Reddit Pinterest Tumblr WhatsApp Email Link
Top Bottom