Good Morning! I need 2 new Plano 1819's. I cant find them anywhere. rumor has it, Plano has discontinued them. there has to be more left somewhere.
If anyone finds them on sale anywhere, please post up where they are on sale. Thanks

Is this what you're looking for?


I bought 2 a couple months ago for less, but this is still a good price.

I do believe thats what im looking for. I didn't know they came in green too. thank you!
Reactions: VCeXpedition

Just a fyi, I have the box that fj80toyman posted a link to. It's an ok box, but I have a buddy that found the "same box" , at least it looks the same externally, at walmart. The one he purchased cost the same but it was a lot heavier duty. His has a channel where foam could but inserted to help seal out dust and water, mine does not have that channel. We have never had the 2 in the same spot at the same time, but they appear to my eye, to be the same size. I like my box's, but for the same money I would have preferred the style he has.
Reactions: NorthStar96

I bought mine at Walmart.

Bump....
For those looking for the Plano storage lockers, Thanks to @fj80toyman ....they ARE in stock, both colors, and best of all free shipping! Heres the Link:
http://www.academy.com/shop/pdp/plano-storage-locker?repChildCatid=1584797
Reactions: O.Dfj, murps and VCeXpedition

Just ordered a green and black one
Reactions: O.Dfj

Another bump for a pretty decent deal.
Reactions: NorthStar96

I need to stay away from this forum it keeps costing me money.
Reactions: Billy "Poserlander" Badly, murps, Unplanned Overland and 2 others

Its a been a rough month for my bank account good news is i think im done buying stuff for a couple months lol.
Reactions: NorthStar96 and stoney126 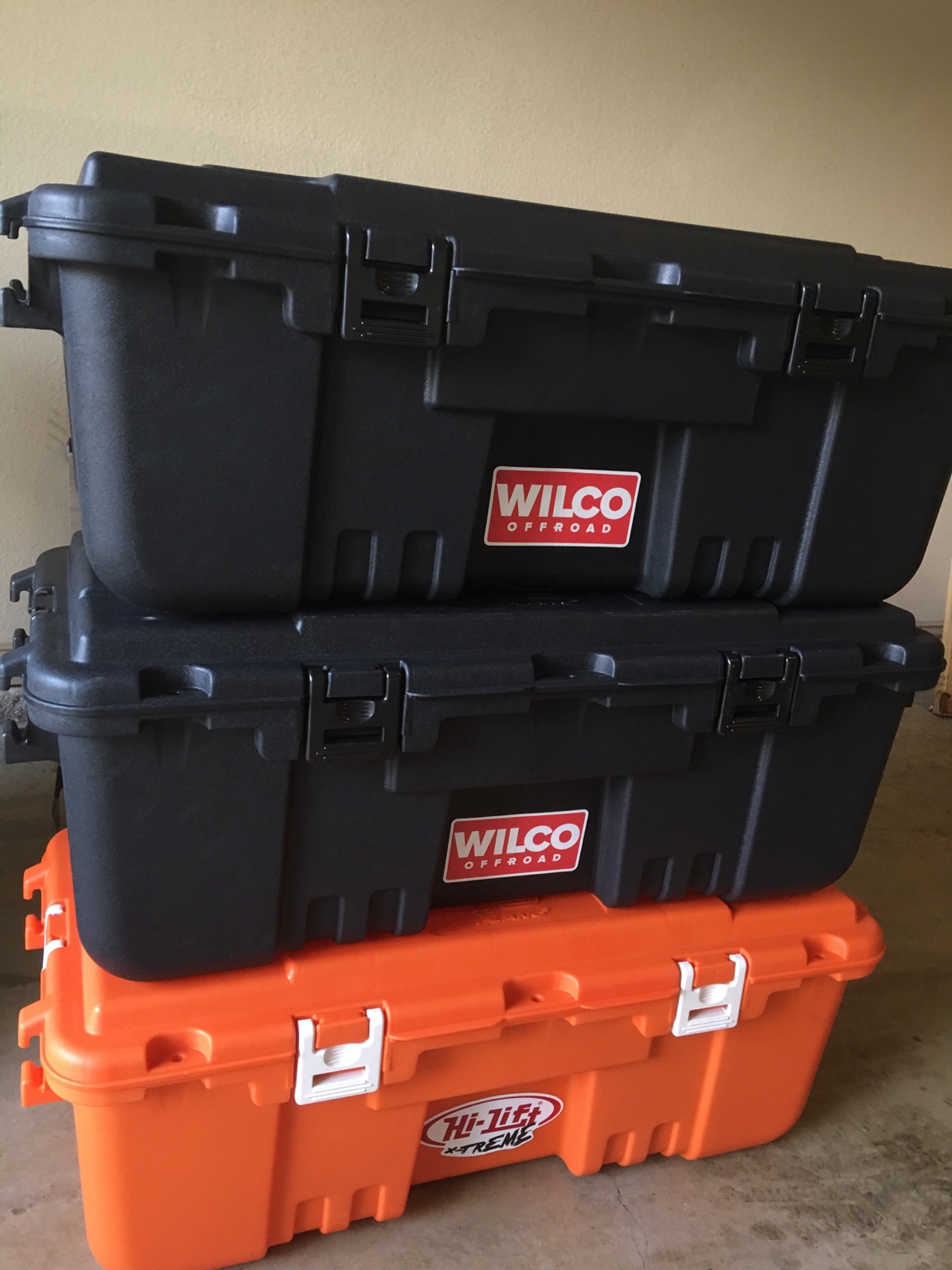 An orange one!? They only had green and black for options. Thinking about snagging a third one too

Those look nice!! I can't find any of them here in the Orlando Florida area. Do you guys have a specific site you all get them from?

Oh wow! Looks like they're gonna sell a couple more orange ones. Thanks for the heads up!

stoney126 said:
An orange one!? They only had green and black for options. Thinking about snagging a third one too
Click to expand...

Got it in store here in Dallas. Using it for all my recover gear. Had every intention on doing all three in black, but the orange color felt appropriate for the rescue/recover gear it would be holding. Should make for quick identification when it's needed.
Reactions: stoney126 and VCeXpedition

I ordered 4 green ones as the black was out of stock online.

Michael1929 said:
I ordered 4 green ones as the black was out of stock online.
Click to expand...

Nice!!!! I can't seem to find nothing here in Florida. Everything is out of stock or the only thing they have is a purple and yellow one I guess for LSU. Lol
You must log in or register to reply here.
Share:
Facebook Twitter Reddit Pinterest Tumblr WhatsApp Email Link
Top Bottom