When I think of Overlanding I essentially think of being "off the grid" with generally very little to no cell phone reception. I have tried several different ways to accomplish being able to have our digital maps handy for our trips.

I first started off with an android tablet with built in GPS mounted to a custom bracket I made that mounted to my dash. At first this seemed to work pretty well but the further I got out to the middle of nowhere the spottier the internal GPS got. After doing some research i came
to the conclusion that I needed an external Bluetooth GPS. I settled on the Dual XGPS 150A. The Dual GPS works on not only Android devises but also on Apple products. Once I did the initial install my spotty GPS was non existent.

My next issue was with my custom mount... now it worked great with very 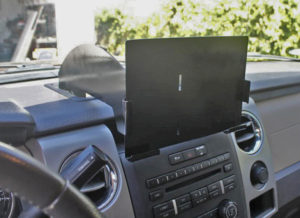 little vibration but with how high it was mounted I would get a lot of glare and was nearly impossible to see during the day so I bit the bullet and order a whole setup from Ram Mount. The install was super simple with the main bracket being mounted under my passenger seat via the 2 front bolts. Once it was all together I added a X 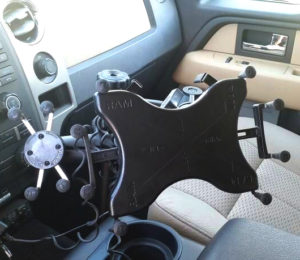 grip on the side of the tablet mount for my phone... This setup worked very well but it did have 2 downsides.... Because of how the arms were positioned it would shake a lot on dirt roads making it difficult to read. The next issue is the amount of space it took up. When i was using it I did not have access to my cup holder on my center console and if I pushed it all the way forward to access the cup holders I then didn't have access to most of the buttons on my dash. After running this setup for about a year I knew I had to make a change...

I learned about this small company that specialized in phone/ gps bundles that were mounted via magnet through a friend. After emailing them I realized that their corporate warehouse was only a few miles away from my house so I made an appointment to stop by. I was very impressed with all the products and when I found out it was all made in the USA I was sold. We came up with a plan and started outfitting my rig with all Mob Armor products...

For my tablet setup I went with the Mob X mount. Generally this is mounted to your windshield with the provided plate with suction cups but i knew I wanted mine mounted on my dash. We cut out a simple metal 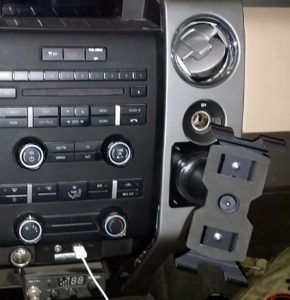 plate and mounted it to my dash. During this same time I upgraded to an Ipad Air 2 with a otter box case. The Ipad with the case fits Perfectly between the adjustable arms. I know some of you are wondering if the
magnet holds the weight of the iPad during off road use. The answer is yes! The magnet is so strong that if you try and take it directly off without sliding it off the plate it will start pulling my dash off. 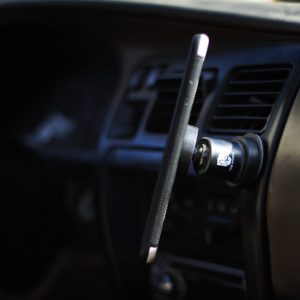 system. They make 2 different versions. The MobNetic and MobNetic Pro. The main difference is the MobNetic is hard mounted to the vehicle and the Pro version can be taken off. I went with the Pro option so that i 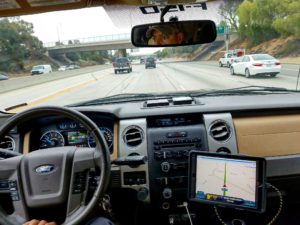 could move it from vehicle to vehicle. The Mobnetic uses rare earth magnets that are guaranteed not to mess up your phone. Both come with a very thin metal disk that you mount to either the back of your phone or like in my case the inside of my phone case.

Mob Armor makes a enclosure for the Dual GPS receiver but not the version I had so I upgraded to the GPS Sky Pro. The only difference is the Skypro allows you to connect up to 5 Bluetooth devices vs the 1 with my 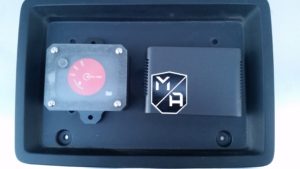 original Dual Receiver. I used some VHT tape to hard mount the enclosure to the top of my Dash. 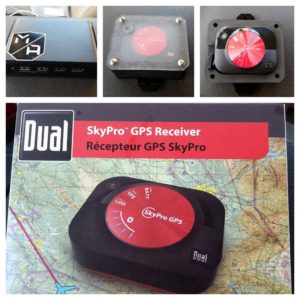 Now with all these devices es how do you keep everything charged? Enter the Mob Armor USB Hub.... it has 4 USB ports with 2 of them being 2.4amp. I routed 3 wires behind my dash for a seamless look. One wire to my Ipad, another to where my phone mounts and the last to power the Dual SkyPro Receiver.

Overall out of all my setups I have used I like the Mob Armor setup the best. Not only are the products made in the USA but they are local to me and I like to support local businesses
Reactions: Gary Stevens, gandrimp and Steve

Very good timing Raul. I have been going through the same scenario and have generally gone the same route, with using some slightly different pieces. I have added a Bluetooth speaker to the tablet to eliminate conflict with the car system and my phone and lack of volume from the tablet. Additionaly the sound quality is much better. I can now have music in the background and clearly hear the tablet provide directions from the mapping program via the Bluetooth speaker. Nice and small, sits on the dash.