So I'll jump right into it what started as an idea that spurred from 4th grade history class and the need for adventure evolved into a team of regular dudes undertaking the journey of a lifetime to backtrack the Oregon Trail. I'm sure we all learned a some history of the Oregon Trail in elementary school but it Oregon it consumed much of 4th grade history lessons. Whether playing a the video game on those Apple computers with floppy discs or choosing a pioneer for a school report it seemed at the time that we just couldn't get away from it. I spent the next 23 years generally uninterested and basically unaware of the scathing adventure that the trail had once held.

They called it the longest graveyard with the equivalent to a body being buried every 1000 ft and with an estimated 200,000 folks making the journey it was in my opinion the first real 4-wheeled overland adventure.

Nearly 180 years later there I sat in front of my television watching a tv show about the Klondike gold rush of 1896. While I had been searching for that once in a lifetime overland expedition it didn't occur to me until I saw the prospectors loading thier gear into covered wagons... The Oregon Trail! That was the first 4-wheeled overland adventure let's try and backtrack the Oregon Trail. So I called a few of my close friends and after few conversations it was decided we were going to attempt to follow the Oregon trail in overland style over a preplaned route that follows the original trail as closely as possible but stays to unpaved roads and trails. And so Oregon Trail Off-Road (OTO) was born.

Of course this wasn't going to be enough for OTO we needed to document it as well. So we decided with little to no film experience we would try and produce a web based documemtary series called "One Lane Road". Well it's been a little over a year and as we get closer to our exped date in the summer of 2016 we wanted to share with you how far we've come. The series will cover the team as we plan, practice, and execute the 3000 mile journey down the Oregon trail. 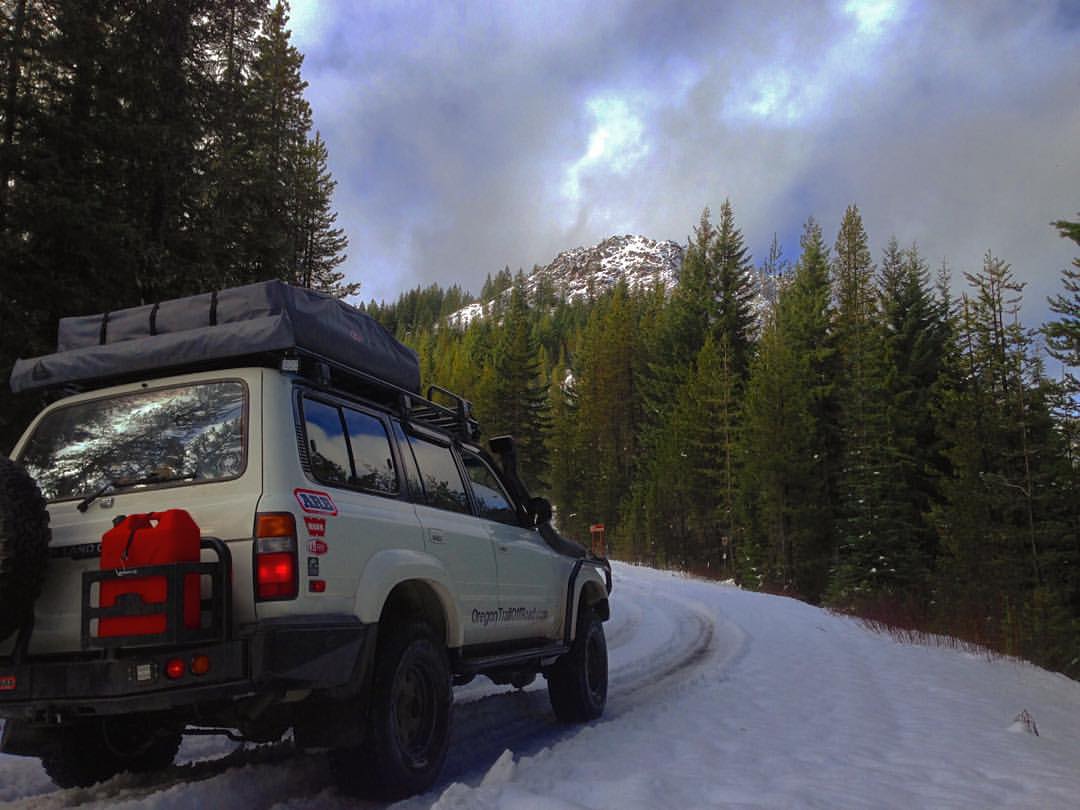 This looks like a pretty cool project. Can't wait to see how your trip goes. Good Luck!

Got your vids queued up on youtube. Please tell me you guys are saving the gps info and plan to share it? I would love to do this!
Reactions: Crispy

I came across your YouTube channel a few months ago and am looking forward to seeing the upcoming trip!

Welcome aboard! I have been watching your YouTube as well. Love the vids! I'm planning to run the obcdr #3 later this year and found you guys. Can't wait to see more.

We are under the gun and busy as always preparing for our journey. It's approaching quickly and we have just under 4 months before we leave. The next episode of our documentary series One Lane Road is live. In Episode 11: Unforeseen the expedition team losses two members, we used some advanced recovery tactics with marginal success, and the we see civilization for the time since our departure.

We are also super stoked to have our first TV news interview for the team. We had a great time talking to Fox 12 More Good Day Oregon and hope you enjoy our short segment.

Pretty cool. I liked the video portion of winching backwards while using a front mounted winch. I'll have to try that sometime before I get stuck again.

ShawnR said:
Pretty cool. I liked the video portion of winching backwards while using a front mounted winch. I'll have to try that sometime before I get stuck again.
Click to expand...

Thanks ShawnR it's a little more difficult than it looks. We definitely need some practice with it

Haha Slo Rob we aim to please. We wouldn't want you board at the wee hours of the night
Reactions: SLO Rob

The next episode is live!! In episode 12 entitled Challenges we push our way through the last bit of Oregon on our way to Idaho. Its not easy for a team of three to forge your way through miles of terrain in a two vehicle expedition but the obstacles along the way bring the team closer together and prepares us for the ultimate Journey across the entire Oregon Trail

If you ever go through the Bend / Redmond area look me up..

This is pretty awesome!

ShawnR said:
Pretty cool. I liked the video portion of winching backwards while using a front mounted winch. I'll have to try that sometime before I get stuck again.
Click to expand...

It's a little confusing there was a few things I think we'd do different but in a pinch.