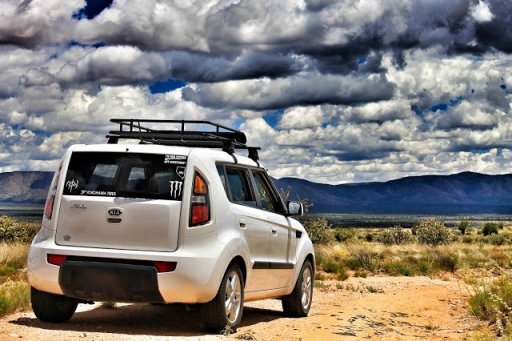 I know everyone thinks I'm crazy, but this little car has become one of my favorite cars I've had, I liked it so much I ended up buying two. the 2010 shown above and a 2013 alien green, both were plus models with the 2.0 and automatics. Not only are they to fun drive, with all four tires at the furthermost corners, it drives like a go-cart, but it is balanced well enough to tackle most of the dirt roads in the desert (especially the 2010 with its cast iron block). I've been through soft deep sand, snow, mud, ice, and even a flood! The Soul seems to handle them all. If Kia ever comes out with a 4 wheel drive or even an all wheel drive (which they are hinting they will, with a hybrid rear electric motor) this little grocery getter, econobox will be unstoppable! By the numbers, this little tyke will turn six this year, with 130k miles. I've put new brakes on the front, a new battery, and three sets of tires. I drive 60 miles a day on what would best be described as a goat trail of a road. No rattles, no squeaks, no oil leaking, or burning. And even with the big-ass rack still get 26 MPG; not too shabby Kia, not too shabby. As I mentioned elsewhere, I've recently traded up, and purchased a Kia Sportage, I've given this car to my parents who use it as it was intended a simple grocery getter. I'll be interested to see how many more miles it will continue to rack up.
Reactions: Luis Merlo, Matt_Whitman, SLO Rob and 3 others

HA! My partner loves her Kia Soul! She always wanted a red one and we wound up finding it outside of Sacramento about a year ago. I'm sending this link and will give her the wink ;)
Reactions: Luis Merlo 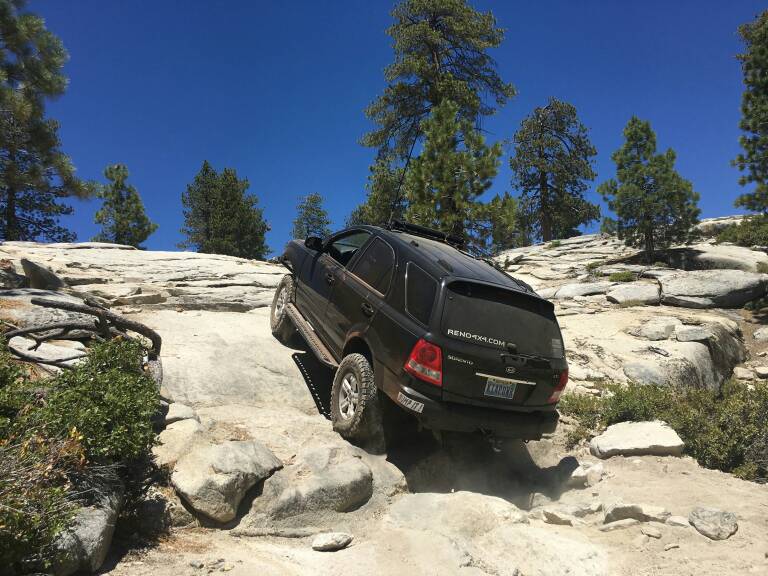 who cares what anyone thinks, if you can maneuver the trails so be it
my friend bushcoat brought his matrix 4x4 car 4x4ing with us a few years back & did well
we had sand ladders for him, built up culverts etc, sorry for the blurred pic

nothing more than the new jeep they took through the rubicon & did the same thing for it, in order for it to be trail rated a couple of years ago now
Reactions: Luis Merlo, Matt_Whitman and BeardedOverland

I like kias. They have really stepped up thier game over the past 6 years. My buddy a kia tech rocks a soul. He loves it. I wouldnt mind a Rio or Forte.
Reactions: Luis Merlo

That little Sorento I posted a pic of is incredibly light and nimble, he's got some weird auto lockers in (not lokkas, it's the stock trans and case)

The thing hops up rocks like a little frog.
Reactions: Luis Merlo

Did those have solid axles?

stoney126 said:
Did those have solid axles?
Click to expand...