I want to see the Rams | OVERLAND BOUND COMMUNITY
Menu

I want to see the Rams

I have replaced the shocks for Rancho Quicklift, New upper control arms and tie rods end. All and all the 2 inch lift and everything has helped a ton. 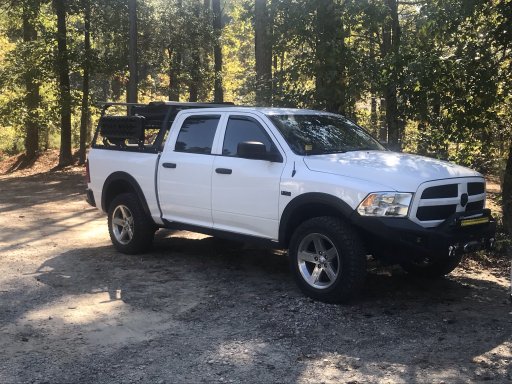 Took a lazy Sunday drive to enjoy the beautiful weather today. Been crazy busy lately so it was nice to just enjoy the scenery for a change.

So I figure a update is in order.
Over the last couple of months I tackled a few issues I wanted to deal with on the Rebel
2016 Ram Rebel. I have had it since June of 2020.
I first added a bed slide, used
then a spacer lift up front (daystar)
then I built a hidden winch mount
Picked up a cap this spring used (I am cheap)
then began to just use it for camping.
Worked great, but notice the ride was crappy
this rebel was air deleted by the dealership I bought it from, which was a big selling point for me. Unfortunately, the dealership used the worst/cheapest ready struts found on earth. I noticed the nose dropping back down, which I assumed was from the weight of the winch.
so into research mode I went (my poor wife)
I decided to just replace the front struts with 3" rough country N3 struts. installed and holy cow what a difference in ride.
I notice when I removed the struts that were maybe 1.5 years old the built in bump stop was split, that aint a good sign
I also noticed that my upper ball joints didnt look so good and again research mode engaged, (again poor wife)
so I then looked at replacing the rear Bilstein's
again I went with the rough country N3, and again great shock great price
at the same time I ordered the rough country upper arms.
so thats the suspension taken care of

this past friday I had the duratracs 285/70r17 replaced with BFG all terrains 285/75r17,( I installed wheel spacers, just in case they tires didnt clear the a arms)
and I consider this beasty pretty much complete (till I come up with some other hair brained idea) and ready for what ever shenanigan's my Wife and I throw at it, 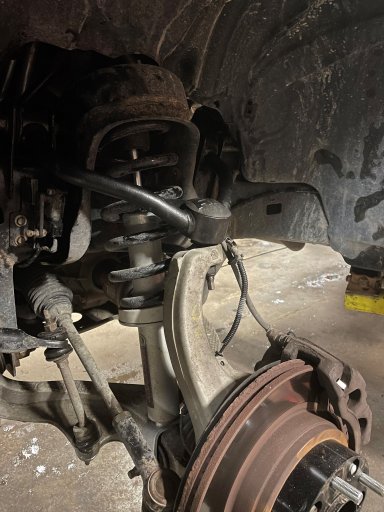 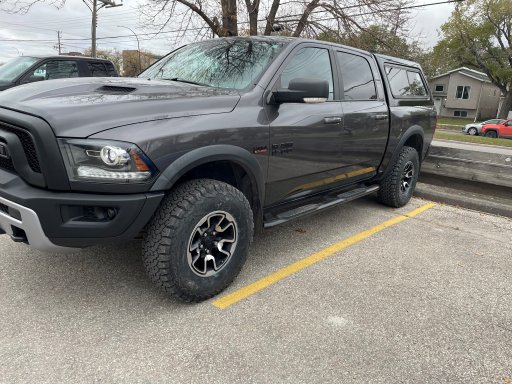 Nice rig! What bed rack is that?

I'm not loving the look of the wheels (and they're 20's) and I need some AT tires as I live in the mountains so that will be the first mod of many..... 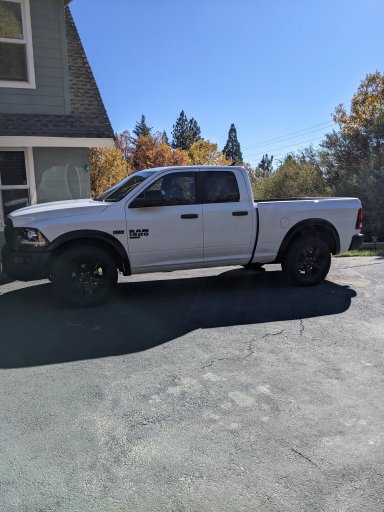 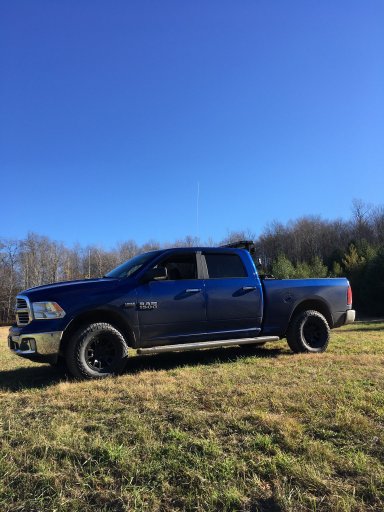 Drove up to Mt Withington, did some scouting for camp sites and thoroughly enjoyed the views 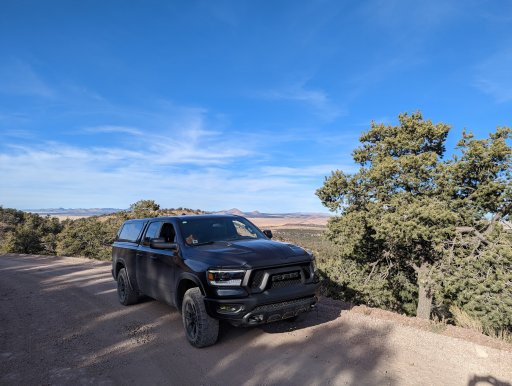 The lights came with the rack and they aren’t the best ones out there. Looking to eventually replace them with Rigid lights.
Future mods:
-1.5” body lift
-Rear roof rack mounted led lights
-ARE camper shell
-various roof rack accessories
-etc..
Click to expand...

when you drilled for the Hooke Road roof rack did you lower the headliner? or did you count on everything being in the correct place.