As the great poet Shakespeare once pondered, "CB or not to CB, HAM is the real question?"

I have a fairly dutiful old CB that is about to be retired. Since I found Overlanding I honestly haven't used it much and since I'm in the middle of this build I'm questioning if I should go CB or HAM? I have room for both but I'm not sure what others use more of on the trail.

On the last trip we met a good mix of both operators and it all seemed to be either a matter of opinion or a matter of boasting.

Maybe a full CB and a portable ham or verse visa?

Hey @wolvee I like the idea of Ham radio, but with the low-cost solution and availability or the satellite GPS with messaging capability i feel less inclined to pick it up. I guess if "the sh*t" really goes down, Ham offers some other network availability advantages correct. What do others think?
E

CB has limited range since its only AM as opposed to the ham 10M band & SSB, 4watts versus 100watts as an example

though its line of sight communications if you're going simplex

2M & 440 are the most popular & cheap HT's can be had for $50, though they're minimal & dont recommend with their inherit low power

most mobile radios in these bands are 25watts which fairs better

if you are in flat terrain go with a high gain 5/8 wave antenna, in mountainous terrain a 1/4 wave gives you the higher take off needed for repeaters

6M is a really nice band though repeaters & others are limited on this band though the propagation characteristics are really impressive, I'd chose this any day, but the real world dictates

then theres HF which will give you worldwide coverage, if propagation allows & lately the bands are dead

all of this also depends upon how deep your pockets are in all seriousness, CB gear is what $100 & ham runs $100 to thousands, like wheeling it all depends upon what you want & what to accomplish

hopefully I didnt get too sidetracked & let me know if I can help anymore
Reactions: Redbear and NV Ranger

This past June was doing a recon for LandOps in Madera County and came across a mountain bike group that asked us to help find there 12 year old that had been missing for two hours. No cell coverage to call for help, there where to repeaters in the area from our location. After contacting a local HAM on on of the repeaters the county Sheriff was there in less then a hour. Here is the article.

One benefit of HAM radio is the local repeater, You can talk to some pretty interesting people and get inside info of the location.
Reactions: NV Ranger

16718 said:
One benefit of HAM radio is the local repeater, You can talk to some pretty interesting people and get inside info of the location.
Click to expand...

@ric3125 Amazing! I have to make this a Overland Bound Post. Its a perfect example of when a HAM radio made the difference. Thanks for sharing!

I have both a CB and a quad band ham radio in my Cruiser. That said, if I was going to only get one radio it would be a ham radio.

Consider this email as just information for any of you who might be interested in ham radio. I have an Amateur Extra license, however, the minimum license that is required to operate a ham radio is Technician--which is extremely easy to get. Usually, when you say the words "ham radio" one has the image of some very nerdy/geeky guy with lots of crazy radio and electronic equipment, and yes the ham world does have some of those folks. Having said that, there are a lot of folks who look at the world we live in and think I really need a way to communicate in remote areas or in an emergency. Also, the trend in recent years, in the off-road/overland community, has been to move away from using CBs and move towards using ham radio. At one time becoming a ham was not so easy. A lot of hams built their own radios, had to learn Morse code, etc. Becoming a ham these days couldn't be easier. The entry level to the ham world (and probably all you will ever need) is the Technician license and Morse coded is no longer a requirement.

I highly recommend you get your ham Technician license if you haven't already done so. It is super easy to do. You can pick up an inexpensive Baofeng UV-5R radio (5 watts) which cost around $30.00, the Ham Test Online (https://www.hamradiolicenseexam.com/) course cost only $24.95 and taking the 35 question Technician exam is only $15. So, basically, for less than $100 and about ten hours of your time (for study) you can be ready to go. Too easy and inexpensive not to do it! Baofeng has just released another radio, the F8HP (8 watts). Both radios listed above are great radios, especially, for the price. If you are into survival preps (as well as off-road) you should consider getting a ham radio and getting your Technician license.

There are also additional antenna upgrades you can get for the Baofeng, i.e. a 16 inch antenna to replace the “rubber duck” antenna, a vehicle mount antenna, as well as a Slim Jim J-pole antenna for your base camp. Later on you may want to pick up a 50 watt 2 meter radio for your vehicle in order to increase your range.

For what it’s worth the overland community has an unofficial “official” overland frequency which is 146.460. If you have any questions send me an email and I'll see what I can do to help.
Reactions: johnandashleyadventures, Redbear, PabstBlueSwayze and 11 others

I've been wanting to get my technician license.  One of the classes at a skills course in Prarie city a instructor had a hand held ham radio about the size of a common walkie talkie with a 15 inch antenna. It was in pretty clear communication with Tahoe. Pretty  impressive for.something that doesn't take alot of room. I will be doing both and am leaning towards the handheld ham.
Reactions: Luis Merlo

Ham, ham, ham.  there is no question.  take a ham-cram, renew it every 10 years and you never have to test again.
Reactions: tom 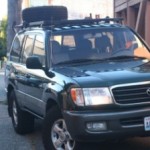 I plan to use both. I think there are enough people using CB that it makes sense to have one in the truck; plus, I've been told that it's a good idea to be able to listen to logging operations here in WA state so that you know where their trucks are...
Reactions: Mr. McPickle

Ham for safety and communication, CB for listening to funny truck drivers..

The falling price of Satcom service has made them attractive. Once my rig is road worthy again I plan on getting a DeLorme InReach with the pay as you go plan. I have had a mobile rig (more power than a handheld) in my Xterra since '06 and it has been tremendously useful. I think both the SatCom and Ham complement each other. An onsite rescue/search is not going to use Satcom for tactical, unit to unit, comms. Yet, starting the ball rolling on a rescue from the backcountry may happen sooner with a Satcom, instead of searching around trying to find a repeater within range or a simplex frequency that someone is monitoring. The Tech licence test is easier now than it was ten years ago. The General licence test, now, is more like what the Tech licence was, then.
Reactions: Redbear

Ham is on the wishlist... I need to study for the test.

You can study the test here.
The mode privileges accorded under a license are wide ranging. As much as I dislike the cram and test method, I would advise studying just to pass the test, then dig in and educate yourself on the mode(s) you want to use. 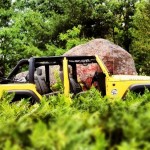 If you travel in a group, with a club or at an off-road event you should have what the organizers use or suggest - and know the frequency!. I've seen ham, CB and even little FRS/GMRS walkie-talkies used for different things. If you want to hear what's going on, use what the locals use.
I have a CB in my Jeep and carry a couple of GMRS radios for those that need them (don't have CB, don't have anything for communication) or if the group is using FRS instead of CB. I plan on getting my ham technician license at some point. However, no one else I go on trails with has their license yet, so the motivation is not quite there. We're seldom far from adequate cell reception so someone can get help if an emergency arises.
Reactions: TDAWG

Got a yaesu FT8800 on my rig. We should have a HAM Radio Call Sign Check-In here or start another thread. My call sign is in my signature.
Reactions: Mad Garden Gnome

That FT8800 is a nice rig. An older gent I work with just picked a couple, one I am going to install in his car and one I am going to set up for him to use in his home. I have been looking at its slightly bigger brother, the 8900, which adds 6 & 10 meter.

Yeah does the job. Thanks

FWIW, I have both permanently mounted in my 'cruiser. A good Yaesu FT8800 dual-band (2M/440) which is very capable, and a Cobra 75WXST CB. I have spent some quality time making sure the antenna's are tuned well, mounted in a good place and are robust enough to handle rough treatment. I have used both, almost simultaneously because there are folks who have only CB and those who have only 2M, so I became the cross-over person with critical communications.
If I was only thinking one radio, I completely agree with Yidaki, the license is easier to get now and radio's are very cost friendly, I would go with a simple 2M. That said, CB seems to still be the default radio. Line-of-sight is the big shortcoming.
I also have hand-helds (both CB and 2M) that I have lent out, I like 2M for those too, but feel a little guilty because they usually don't have a license...