bryceCtravels said:
Ahh unfortunately (or maybe fortunately!) not. I drove past the sign for Diana’s Bath and wasn’t sure if it was worth stopping at! If you’re looking for the spot, it’s a pullout somewhere along this stretch of 16. If you drive north from Jackson, it’ll be on your right. If you get to the ski resort with the huge gravel parking lot, you’ve gone too far
View attachment 212676
Click to expand...

I'm guessing you were south of the Mt Washington Auto Road, and then just south of Wildcat Mountain. It is a nice area there.
Reactions: bryceCtravels

Dusther210 said:
I don’t think there’s a bad site in MRP, but there are some epic ones. On my trip up there I think my best shots were in MRP. A good 5-7 days could be enjoyed there
Click to expand...

I mean, the chances of me being back up in the northeast next fall are probably pretty decent. So I will absolutely check it out for sure! Thanks

ThundahBeagle said:
Thanks for the tip! Diana's Bath is a nice spot, but it is also very well known. Depending on the time of day, you could be there alone, or with 40 other people. So, while nice, it can get busy. I'd wager that right about now, few people are wading into the river.
Click to expand...

Fair enough haha. When I was there it was like 75 in the day, no clouds. I was the only person anywhere getting in the water but it was perfect swimming weather!
Reactions: Dusther210

ThundahBeagle said:
I'm guessing you were south of the Mt Washington Auto Road, and then just south of Wildcat Mountain. It is a nice area there.
Click to expand...

Yes, Wildcat Mountain! Just south of that. I was going to sleep there, but there was a sketchy RV lol.

I just posted my thoughts on the Jackery I've been using. I'd greatly appreciate it if anyone reading this thread would check it out!

brycercampbell.com: Jackery Solar Generator 1500: The Best Solution for Powering Camp? If you’re anything like me, you like to disconnect. Whether a long weekend, or years driving cross-country, everyone has their preferred methods. Something that everyone has in common, though, is the need to...

I left Charleston yesterday afternoon, a few days later than I anticipated. I planned on leaving on the 15th, but I got sick and the foliage forecast was delayed (so that actually works out). But now that I’m in the mountains, it’s gone exactly as expected.

I arrived just in time for the 6:50 sunset. These are all available as prints @ brycectravels.com 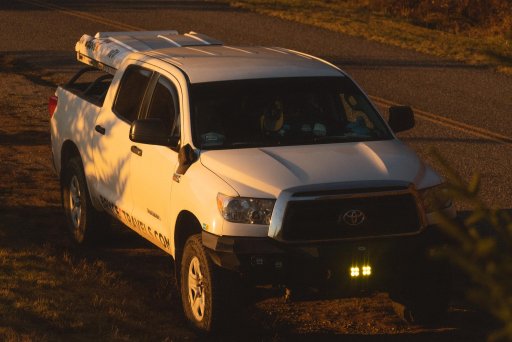 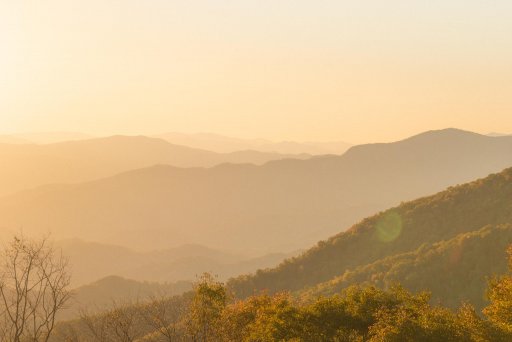 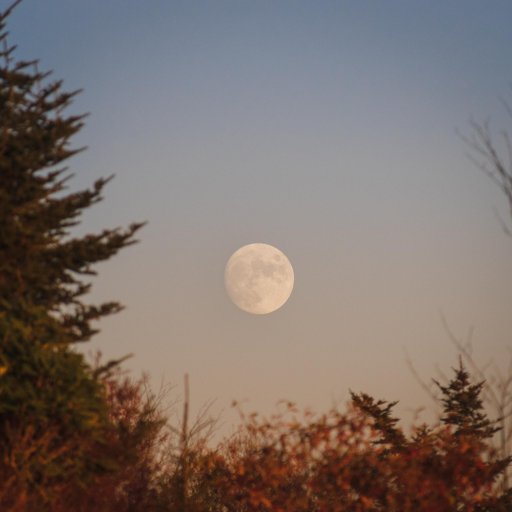 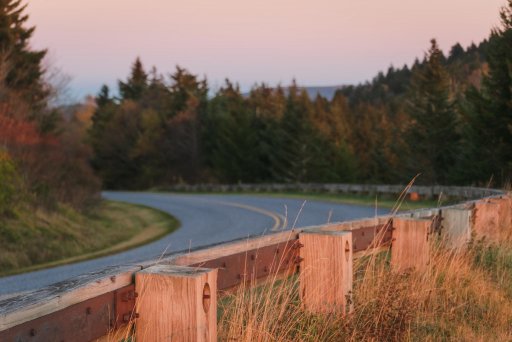 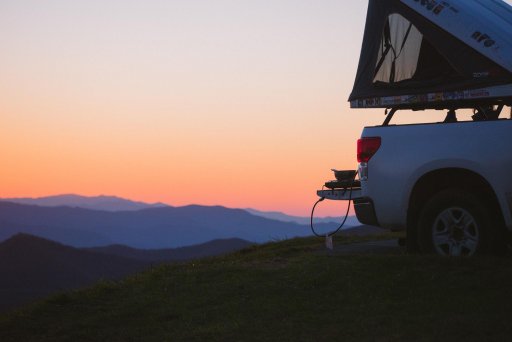 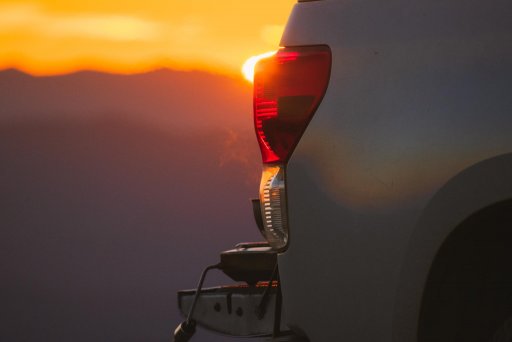 And then there was todays sunrise. 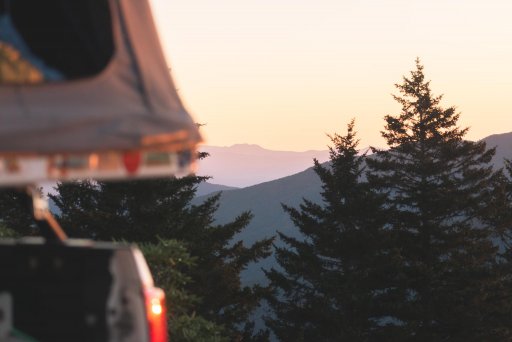 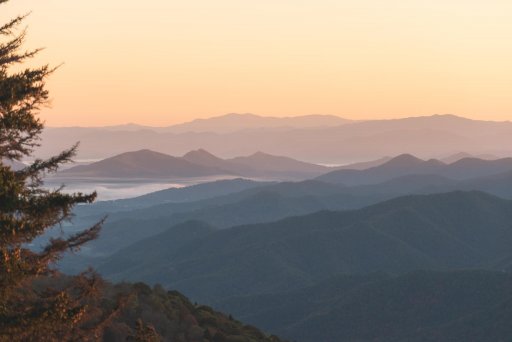 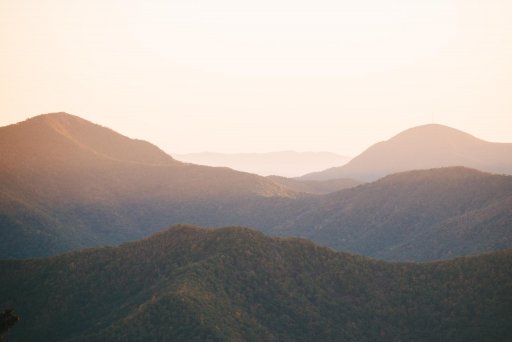 As for today, I am going to hang out on the Parkway and plan some goals for this trip. The weather is perfect all week, 60f and sunny with a light breeze. For lunch today, I think Campbells chicken soup and some pork chops.

About said goals, so far I don’t have much. I’m going to drive Old Buzzards Road up to Max Patch, and I’d like to do Hurricane Creek but I think that would be unwise as I’m traveling solo. Mostly I’m just gonna go with the flow and see where I end up as I’ve seen a lot of the big “destinations” up here. If you have any suggestions please share!
Reactions: MattLodi and ZRex

The past few days have been rough!

As I said in the previous post, I spent the rest of Tuesday on the Parkway. The views up there are always incredible, definitely home to some of the best vistas in the southeast. It's hard to find motivation to leave when you wake up in a place like that.

It's worth noting, though, that camping isn't technically allowed on the Parkway. I've found that they're pretty lenient with the rules, as long as you don't make a mess (be respectful) and don't stay for more than a few nights. If you drive any given section at night, you're bound to see a few Sprinters, Rams, and 4 Wheel Campers at every other parking area.

Anyhow, Tuesday evening was fantastic. The sunset was gorgeous, and there was a gentlemen in a brand new Audi station wagon who had a sleeping setup in the back with his dog. 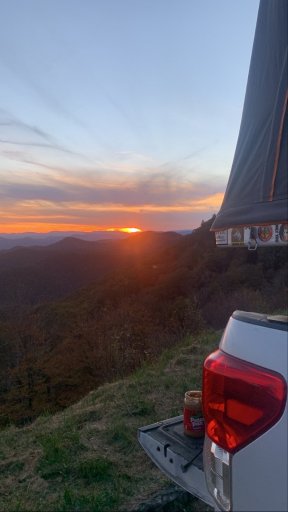 As night fell, and I went to bed, I had backed the truck up to the ridge. This was a bad idea and is probably what did me in. Around midnight I woke up to howling 30 degree winds with a sore throat like I've never experienced. I started the truck and turned it around so that the wind was blowing over the tent. That's the biggest benefit to a clamshell RTT vs a popup. Like I've experienced camping in Oklahoma, you can point the truck into the wind and the tent is protected.

When I woke up, I was hacking and coughing non stop. I couldn't swallow, and my sinuses were destroyed. I suppose I was not over the previous cold entirely, and that little adventure on Tuesday night just made everything worse.

Alas, I went on. The plan was to hit Old Buzzards Hwy, then drive up to Max Patch for the sunset through the national forests. I did just that, with a few detours. On the way to OBH, I stopped at one of my favorite old logging roads for a few pics. After that, I headed back north on I40 to the start of OBH and drove it to competition. It's a fun route, for sure. Pretty mellow except for the one steep rock section. I had it all to myself except for one biker, so I went at my own (slow) pace. I had to back up only once, at the aforementioned rock section, I think because my Wildpeaks are getting a bit low on tread after 45,000 miles of driving on all different types of terrain. It hadn't rained in a bit, so there was no mud and the river crossings were more like streams. 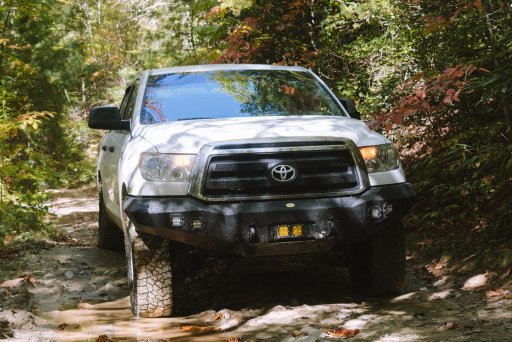 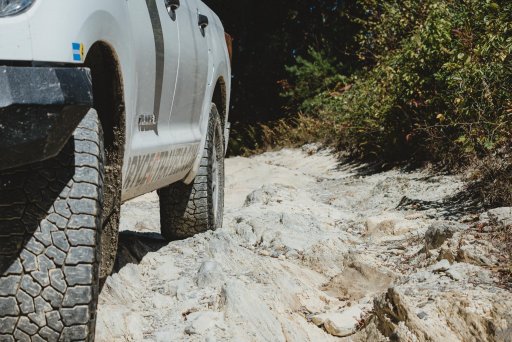 From there, I drove up to the top of Longarm Mountain. I thought it was a firetower, it's actually a cell tower. I stopped and made lunch, took some cold medicine, and then headed to Max Patch. 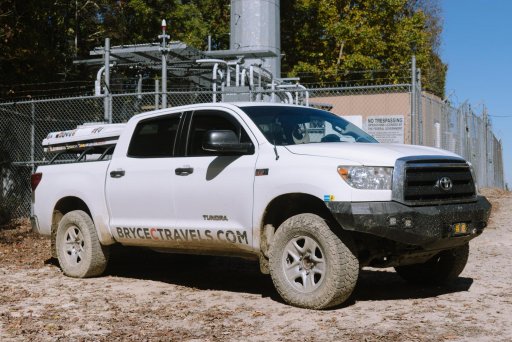 Earlier this year, USFS closed Max Patch to camping. Since then, it's completely changed. Every time I'd been up there in the past, there was trash, toilet paper, feces, and some new trail that people had made by trampling wherever they pleased. Unfortunately that is something I've seen everywhere I've travelled. I have not travelled to a single place, no matter how remote, that did not have some piece of human waste (trash or otherwise) scattered about.

But, with regards to Max Patch, the camping ban did so much good. The grass is growing back, there's no trash, and there's far fewer people. I was pleasantly surprised. After the sunset, I drove down into the national forest to spend the night. The next morning, I headed into Smokey Mountains NP. A strange looking Bigfoot and disappointed horses, but gorgeous foliage. After that, it was a quick 4hr drive home. And I think that wraps up this version of Big White Truck.

After spending the last 7 months traveling around the country, and many nights in in the cab sleeping across the bench seat, I think I'm ready to move on from a rooftop tent. It's served it's purpose. I think the cost is down to $10/$15 per night, and it opened my eyes to quite a bit. But I have definitely found myself wishing for more interior space, especially somewhere to cook in poor weather.

I do love Charleston, and if I'm going to live out of this truck for half the year when I am in South Carolina, I absolutely need hard sides. I'm keeping watch for an older slide in camper.

In the meantime, I've got tons of pictures to edit and reviews to write. The Wildpeaks have been amazing in all terrain (except stoplights in heavy rain!), the Garmin Inreach has become something I'll never travel without, the Bilstein 6112s/5160s have performed flawlessly for close to 100,000 miles, and so on. I'll post those reviews on my website, brycectravels.com, and in the reviews section when they're finished. Thanks for joining me, and thanks for reading.