13k miles around the USA 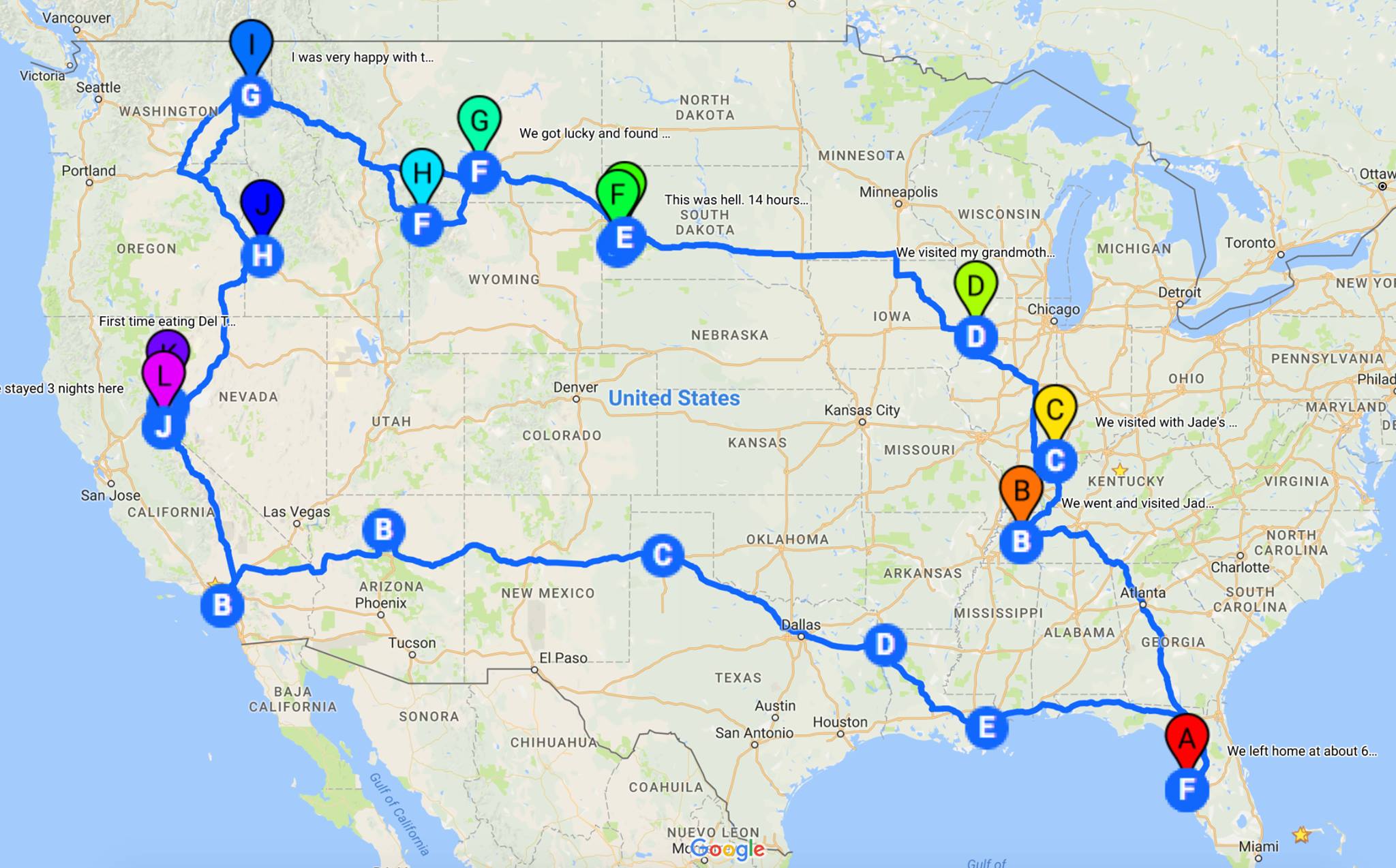 I've been meaning to post this for some time and I never feel like I've got my pictures and story organized enough, but I'm gonna share it anyhow!

After several years of working to make things go right and ends meet, I told my wife half way through the year that in September (of 2015 this is) that we were leaving town and we are doing a road trip around the United States. She didn't even ask any questions. She just said, "Okay". She knew by the gleam in my eye and the squint in my other that I was serious.


September we loaded up my wife's 2015 Subaru Forester XT (her dream car I might add) and left Clearwater, Florida to head out to her parents in Tennessee. We only spend a couple of days there as our timing was accidentally perfect for her cousins wedding. So after visiting her parents, we (her parents and us) drove up to Indiana for the wedding! Well that was a blast. My mother in law was calling out my wife to do shots with her and out-drank my wife! Hahahahah. After the festivities, we parted ways to travel in opposite directions.

From there we went to my grandmother's house in Illinois as pictured here (well... a picture of us driving): 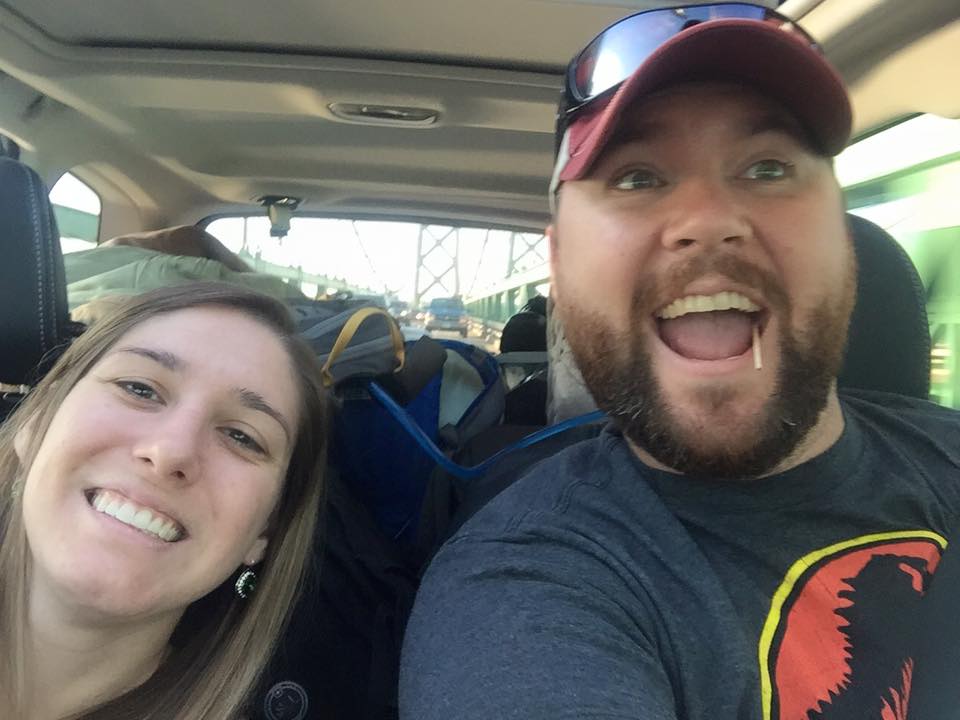 At one point, the road ended because there was a bridge missing! Well naturally I tried to determine if there was a suitable place to drive around it, but there was not. With no cell service, we were unable to locate a bypass, but we figured it out adding about 45 minutes to our journey. Not too shabby. 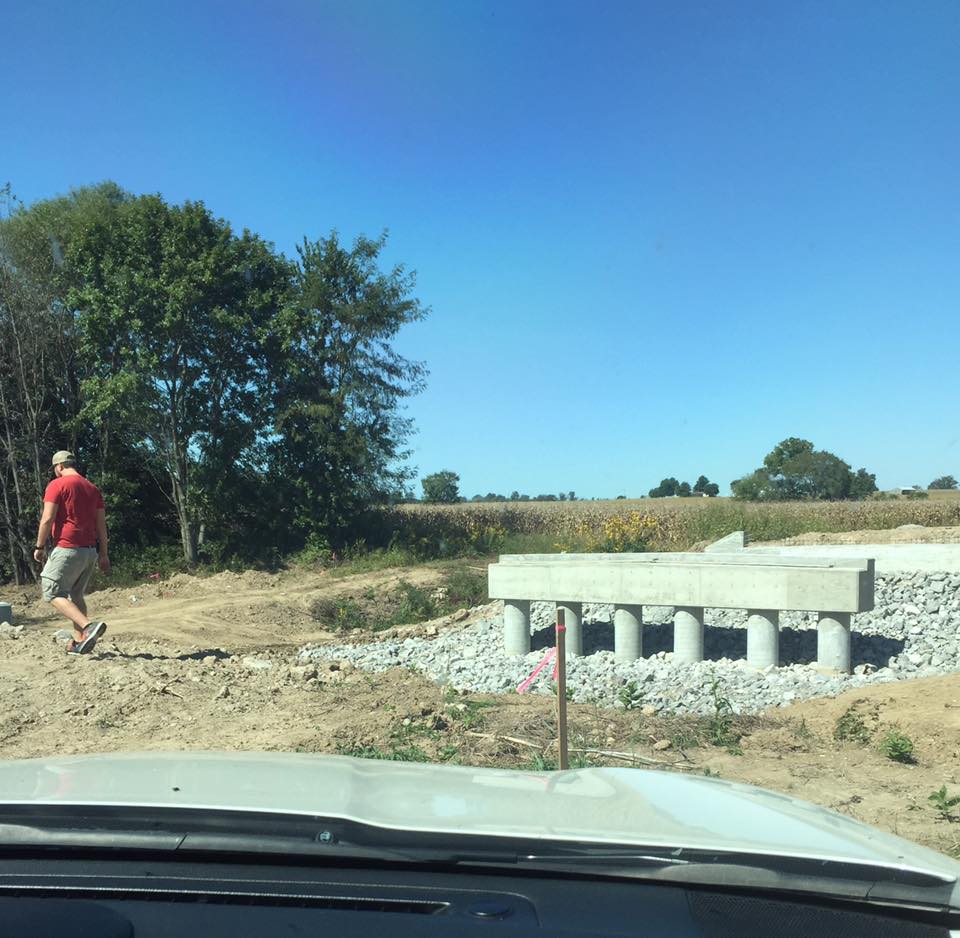 We stayed at my Grandmother's house for only 2 days before we did the most uncomfortable and terrible 13.5 hour drive ever. Driving from Illinois to South Dakota, there was a genuine point where I thought we were going to run out of gas and it was by sheer luck that I filled up at the station that I did having the feeling that I should top off the tank. For HOURS we drove through nothing but blackness only rarely encountering other drivers, even more rarely passing those going the same direction of us. I shoulda looked at the map a bit closer...

The following day we went to Mount Rushmore which was awe inspiring. Those mountains were beautiful! There was a small casting of what the creators had originally envisioned and it was amazing! Those busts were to be MUCH larger than they are now. We also took a quick peak at the Crazy Horse monument which is still under construction. It's going to be even larger than Mount Rushmore! 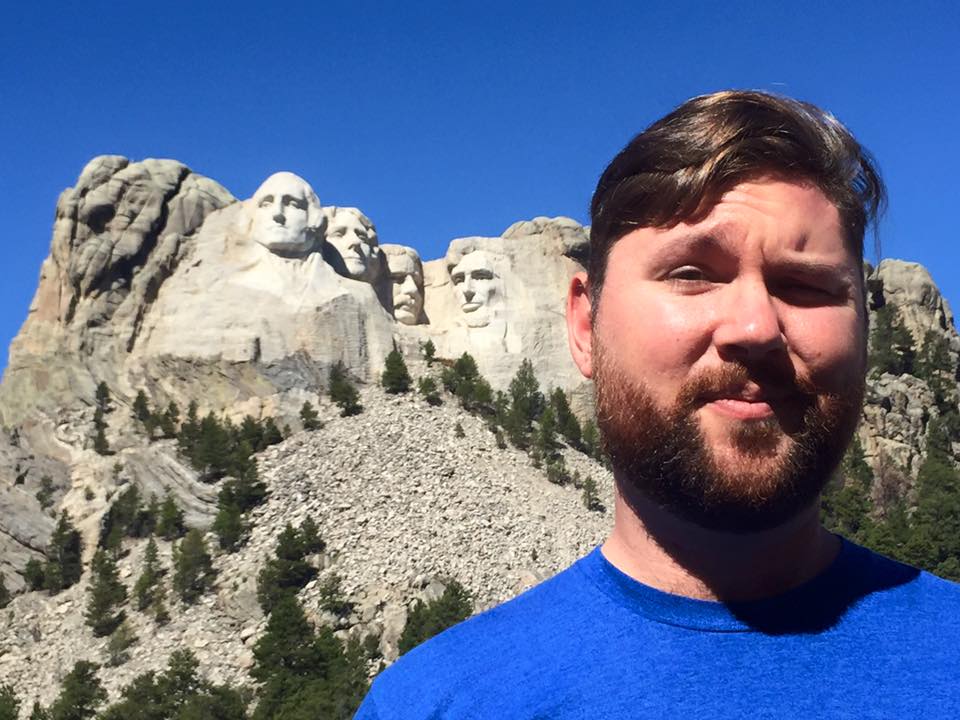 After that, we made for Yellowstone National Park, currently my favorite place I've ever visited due to the variety of land and phenomena. The geysers were amazing. I burned the hell out of a finger to see just how hot the water was. It was hot. And so clear that I couldn't even tell where the water started, thus plunging far more appendage in to the building water than intended. I recently was watching a documentary about America's national parks, and a joke was made (in the 1800's) that there was a place you could catch a fish, swing your rod around and cook it right up! No joke, you REALLY could do that! 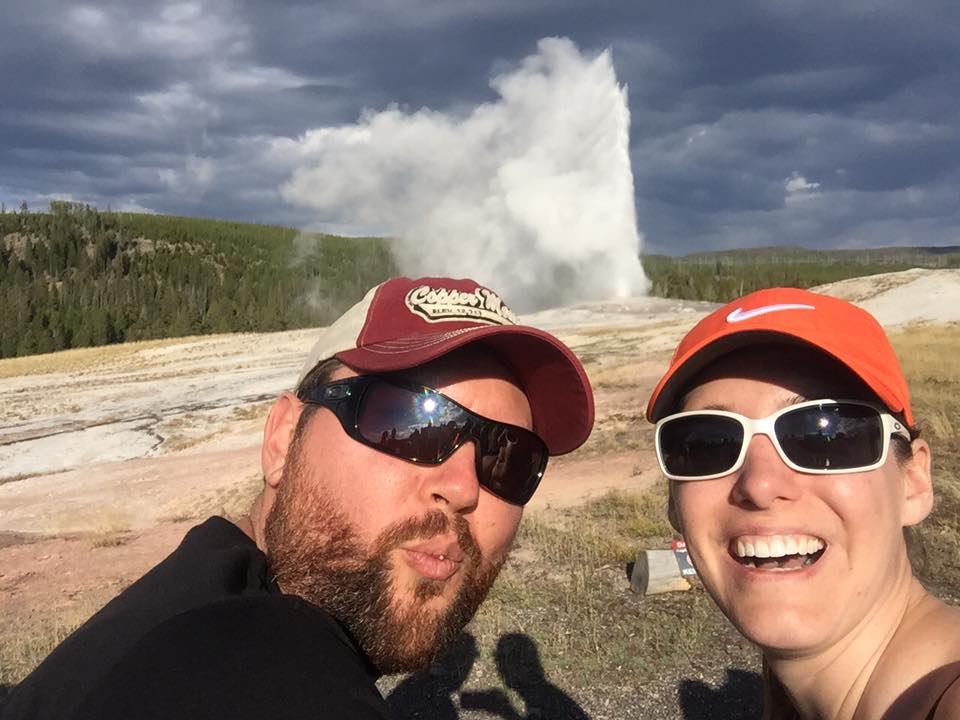 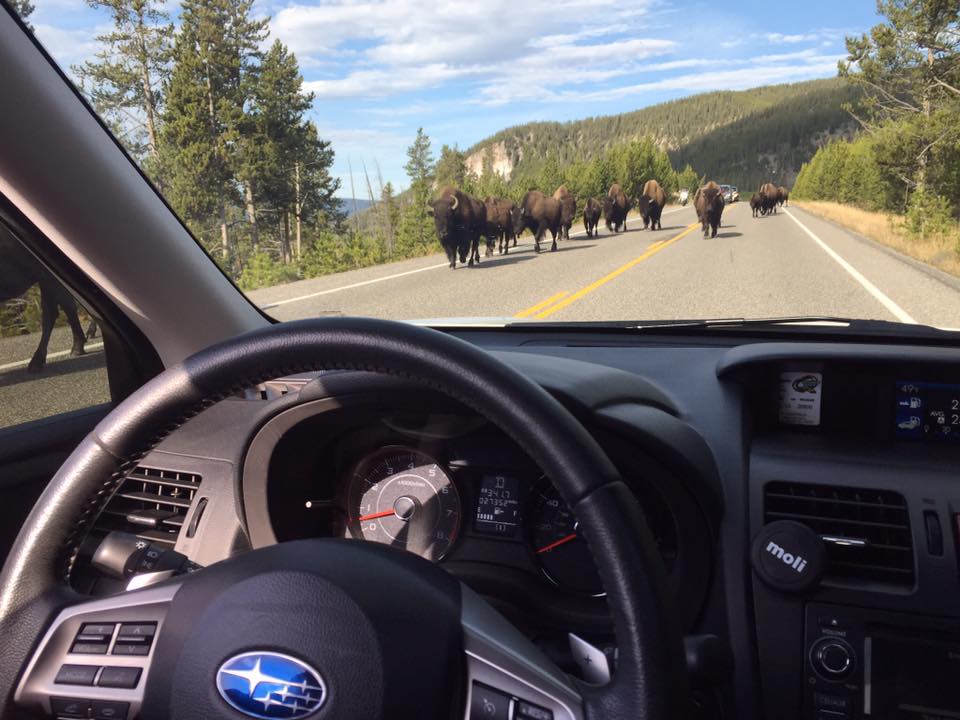 We then headed for Idaho where we went looking for property to invest in. We spent a week in Coeur D'Alene. That was a very charming and wonderful place. When I was a kid I alway thought of Idaho Spuds, thinking it was just flat farm land, but I couldn't have been more wrong. The mountains are phenomenal, the water is crystal clear there and I loved every moment perusing through the mountain trails. That was one of the most active-life-style cities/towns that I've ever been to and I loved it. 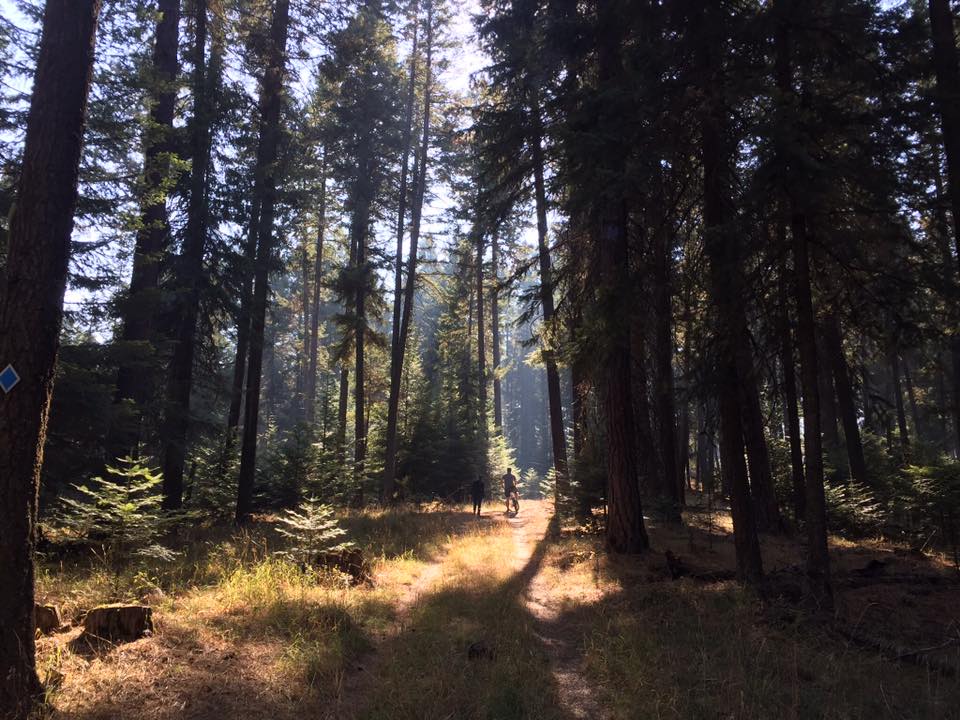 There was one particular property for sale that had TONS of old trucks that the owner was restoring. I was in Heaven! 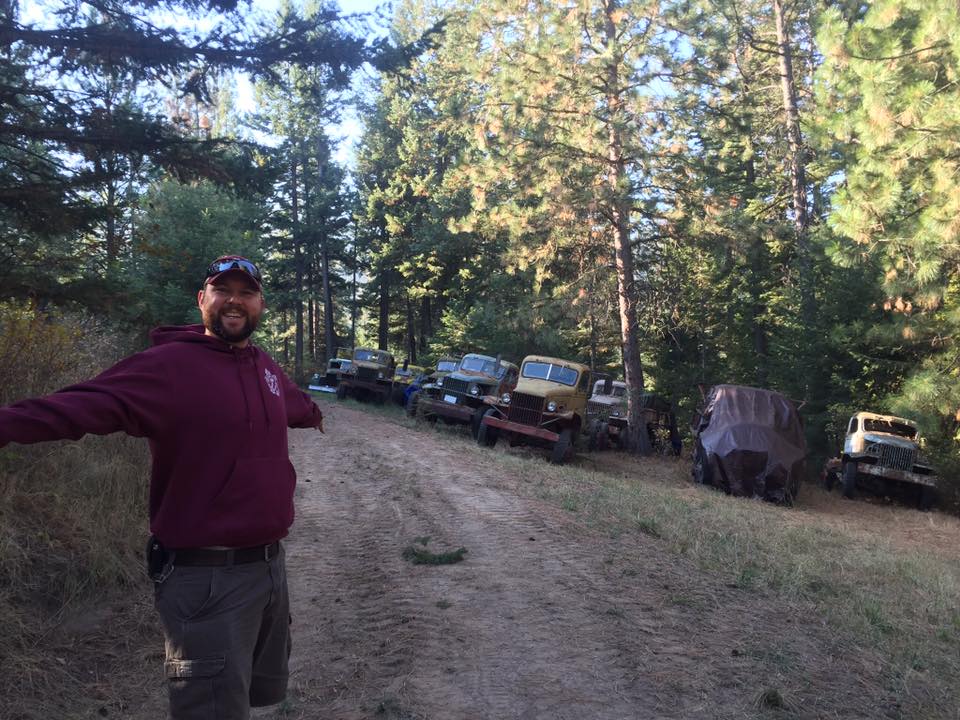 We headed down to Lake Tahoe to stay for a few days and walk around the lake and bike around the city. I wish we had invited some friends because the place we stayed at ended up being a 2 bedroom suite and the wife and I had it all to ourselves! 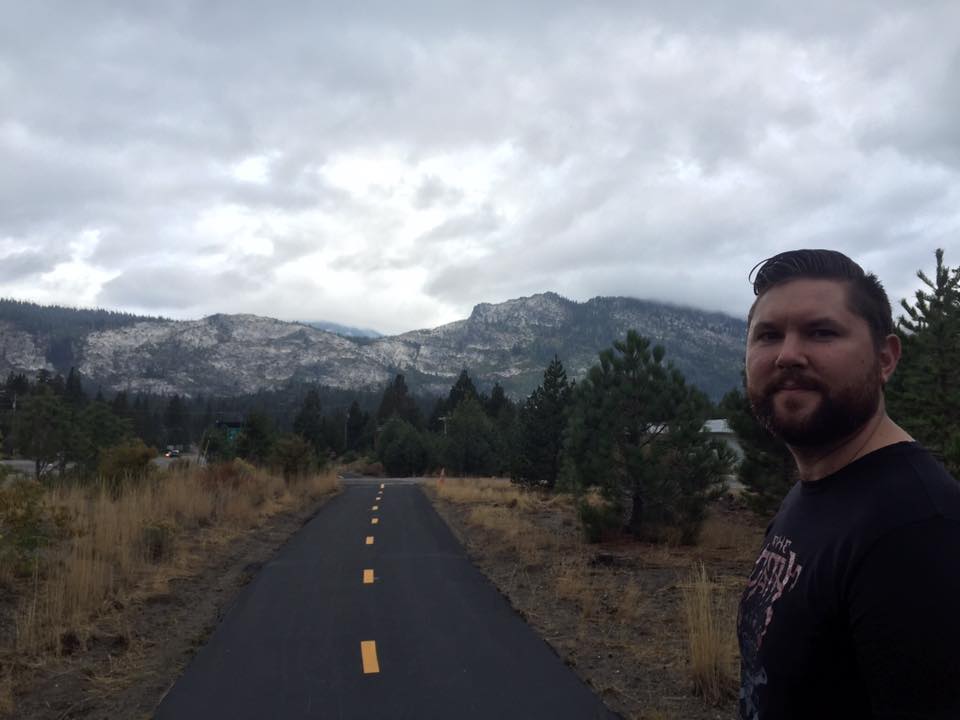 After Tahoe we went to my parents house in southern California for a couple of weeks to hang out and rest up. My sister was coming along with us back to Florida, so we had to install a tow hitch, purchase a bike rack AND purchase a roof rack for the Forester. Some unfortunate occurrences would soon spell the doom of the Subaru that my wife so dearly loved. This story isn't about that though, but we no longer have the car having gone through the Florida lemon law and making Subaru buy the car back from us.

We left California and headed straight to South Rim at the Grand Canyon to camp for the night where I was to witness the most awesome sight of land I have ever seen in my life. I had the grand idea of camping there that night. This idea was grand in that if you took all of my terrible ideas and set them side-by-side, this would certainly be my most grand terrible idea! 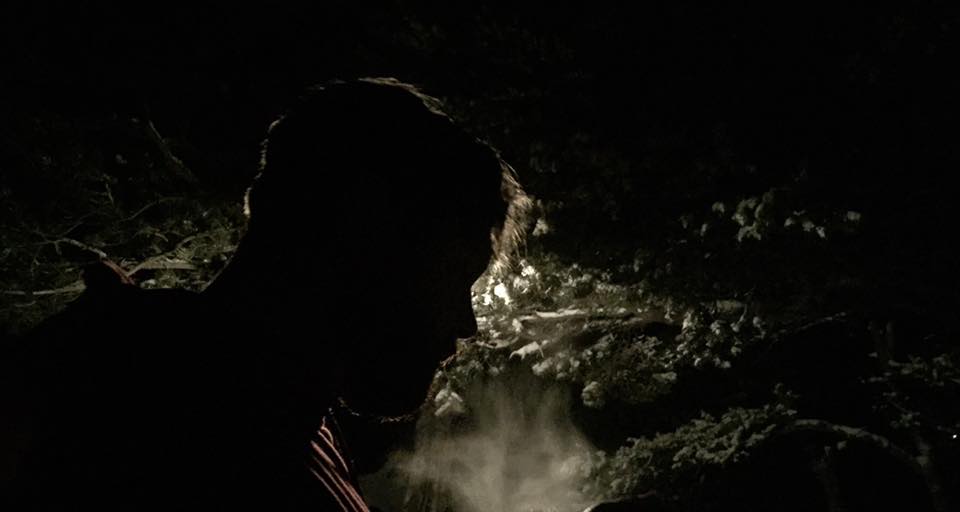 In a 10 person tent, we camped with nothing but summer gear... "We'll be fine!" I said... "It's an adventure!", I said... I froze my @$$ off!!! It was the coldest I've ever been in my life, and I enjoy cold weather. It was so cold that if I even let my nose out of my hoodie cover, it would start going numb! To top it all off... the sleeping bag I borrowed from a buddy only had a nylon pocket on the whole bottom of the bag, no insulation at all!

But the next morning I was still alive and that is when we went to view the South Rim in all of it's glory and awesomeness. 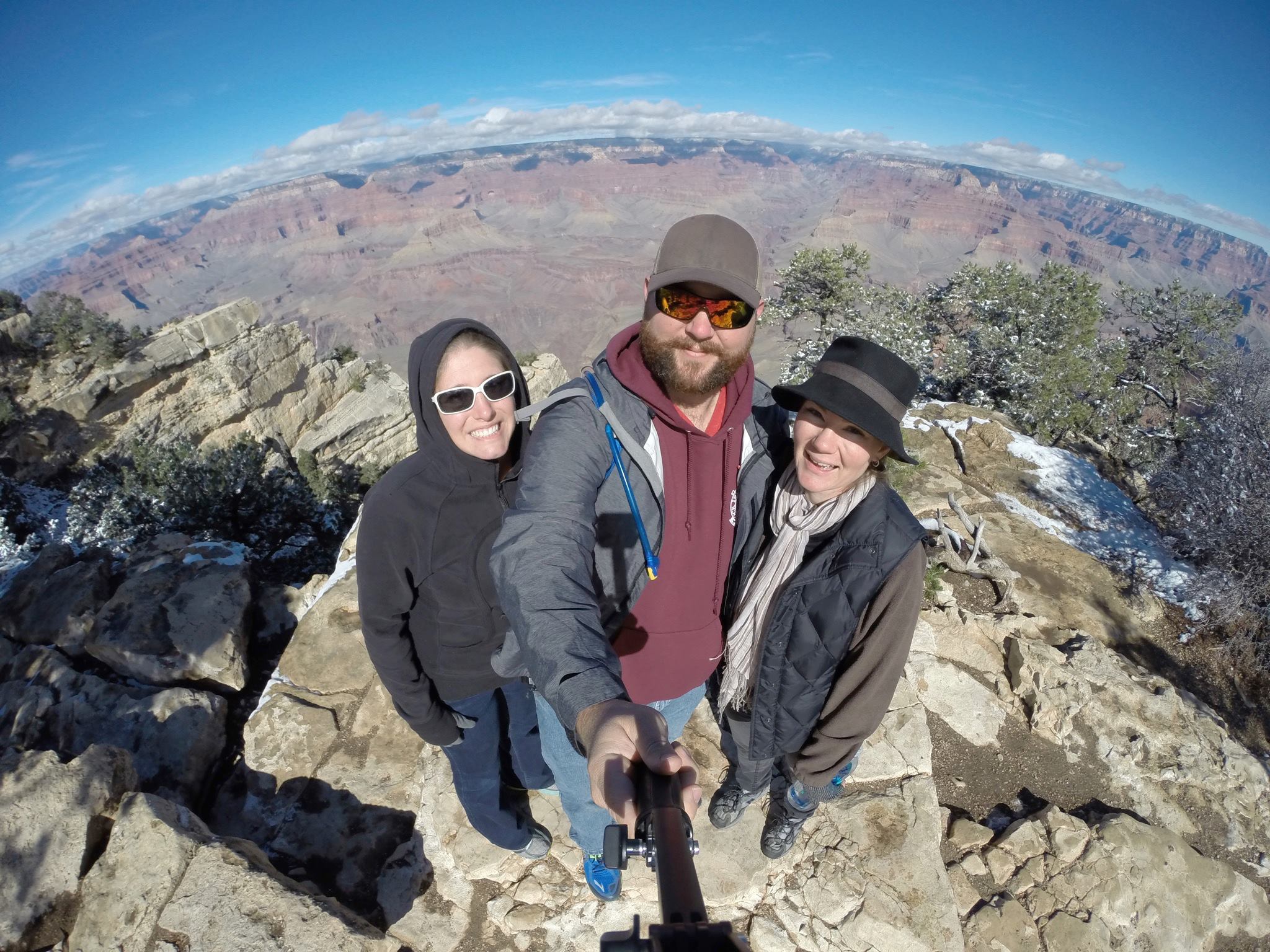 The rest of the trip, the Subaru started having more serious engine problems so we unfortunately had to significantly move up our time tables and headed straight for Florida. We made a quick stope in the Petrified Forest National Park just for a quick leg stretch and a picture and headed back out to the road. 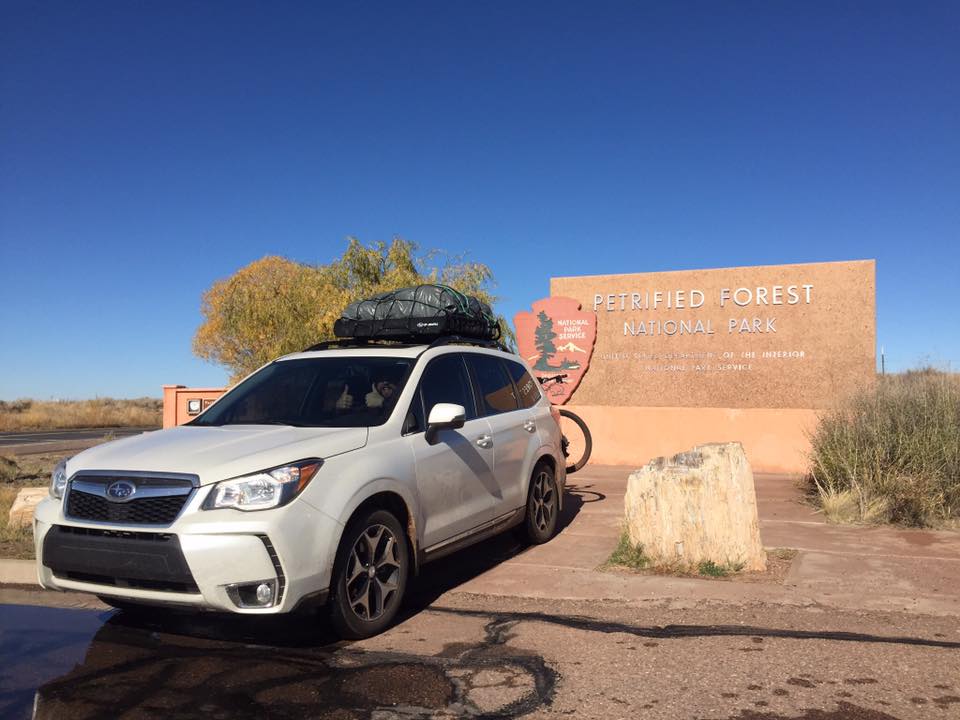 We did manage one more quick 1.5 day stop in New Orleans, Louisiana because it was on the way home. I must say that after the hurricane, the amount of vagrants there was impressive... and stinky. But it was a cool town that we still enjoyed walking around in! 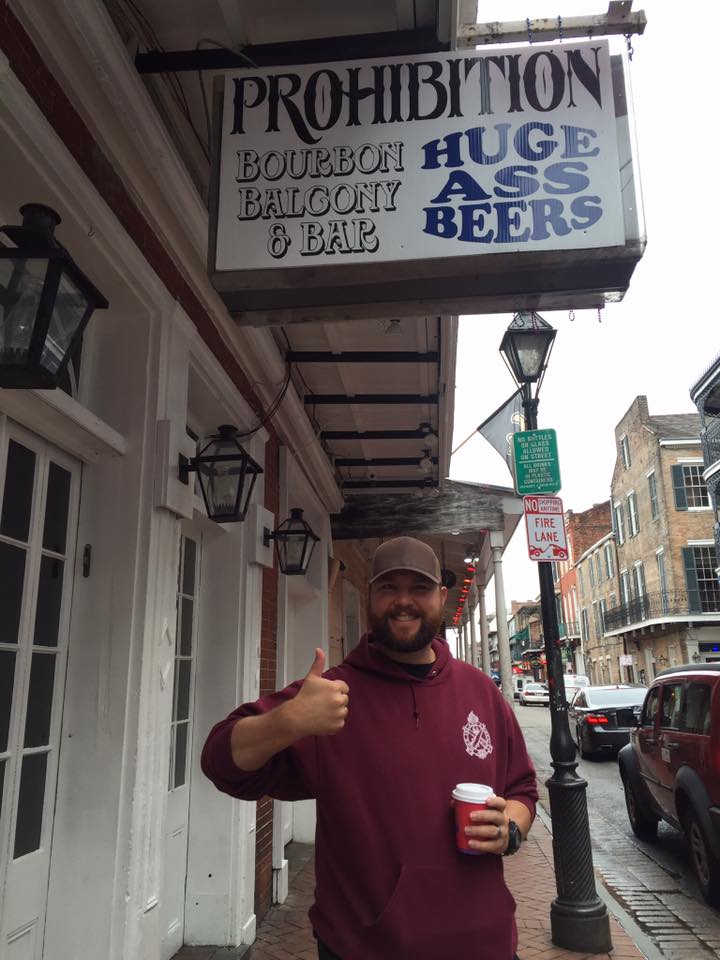 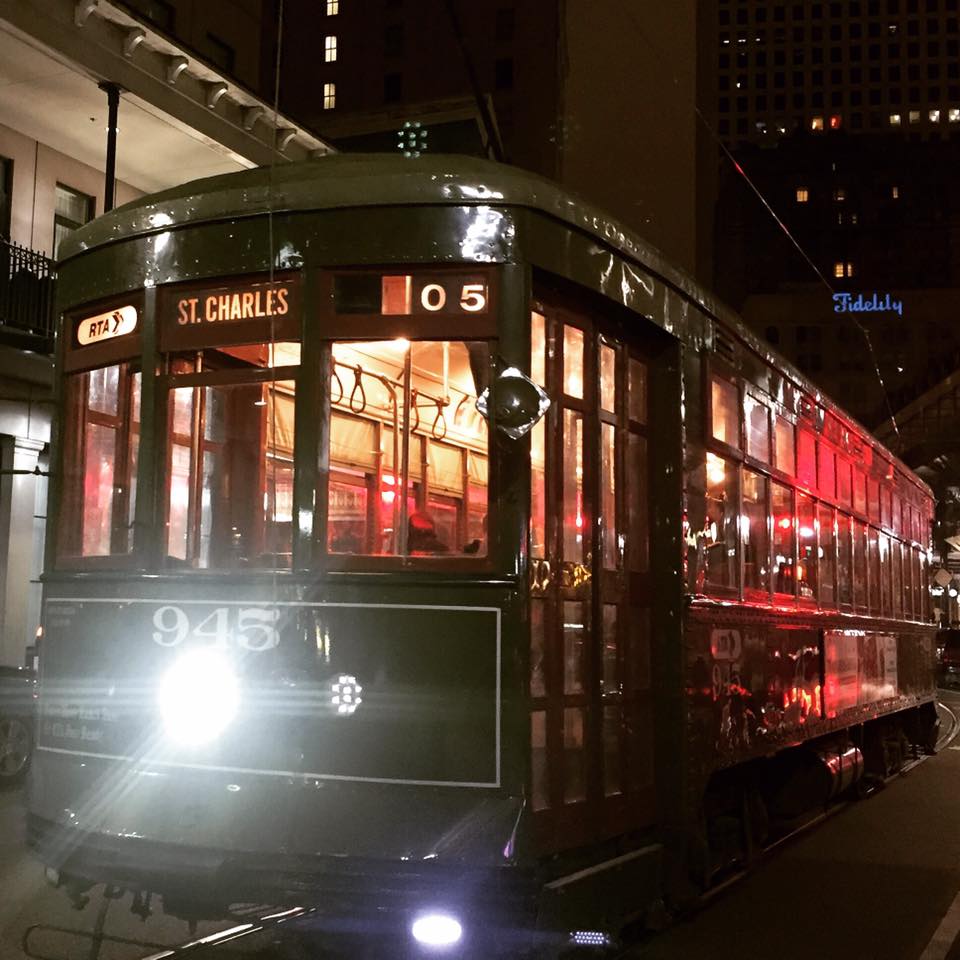 We had a great (and overly expensive) trip and I would do it again in a heart beat (minus the overly expensive part)!! Though next time I am definitely going to better plan on food, we spent so much money on food...

Thanks to my wife Jade Coleman for all of the awesome photos!

Looks like a fantastic trip! I had to laugh at your Grand Canyon trip, people are always underestimating how cold it is in the winter. Most think "It's Arizona, no big deal!"

WhiskeyIsMySpiritAnimal said:
Looks like a fantastic trip! I had to laugh at your Grand Canyon trip, people are always underestimating how cold it is in the winter. Most think "It's Arizona, no big deal!"
Click to expand...

I was laughing too, a few months later when I'd warmed up!

I had a similar Grand Canyon experience except that I was camped for the night in the forest on the north rim. I ended up running the heater midway through the night. What month were you there?
Reactions: AdventureWithDanan

Nice trip! What kind of trouble did you have with the Subaru, we have an Outback?

Flipper said:
Nice trip! What kind of trouble did you have with the Subaru, we have an Outback?


Sent from my iPad using OB Talk
Click to expand...

Not a whole lot! A little bit of dirt roads, no heavy off roading.

Homebound said:
I had a similar Grand Canyon experience except that I was camped for the night in the forest on the north rim. I ended up running the heater midway through the night. What month were you there?
Click to expand...